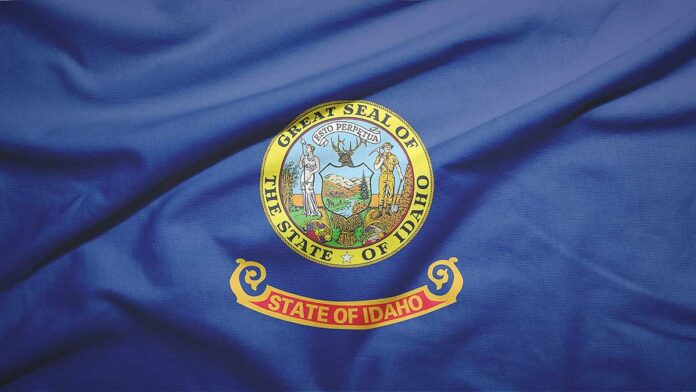 It was a bad week to be LGBTQ in Idaho. On June 11, law enforcement in northern Idaho arrested 31 men linked to the white supremacist group Patriot Front. The men are accused of planning a riot at a Pride festival in Coeur d’Alene. Coeur d’Alene Police Chief Lee White told The Washington Post June 12, “These individuals were prepared to riot.”

Prior to that event, Pastor Joe Jones of Shield of Faith Baptist Church in Boise, Idaho called for the executions of all gay people.

In a sermon that has since gone viral nationally, Jones told his congregation that “God told the nation that he ruled: Put them to death. Put all queers to death.”

A Tik Tok video with the sermon has also gone viral on social media and local NBC and CBS TV stations in Boise as well as some national affiliates have interviewed Jones, who has expanded on the views in his Pride month sermon.

A survey conducted by the Pew Research Center revealed that Idaho is a predominantly Republican and Christian state. The Human Rights Campaign states that “in Idaho the denial of rights to LGBTQ+ have often been at the forefront of the state’s political legislation.”

Jones, whose church prohibits LGBTQ members, said in his sermon, “When they die, that stops the pedophilia. It’s a very, very simple process… These people know that they’re worthy of death.”

Shield of Faith Baptist Church, which describes its doctrine as “traditional” and “family integrated” on its website, also states “We believe that sodomy (homosexuality) is a sin and an abomination before God which God punishes with the death penalty.”

Blaine Conzatti, president of the Idaho Family Policy Center, had published an anti-gay column titled “Devotion: The Danger of LGBT Pride,” in which Conzatti wrote “Christians must refuse to celebrate evil.”

Idaho Statesman reported that “Conzatti is an influential lobbyist whose nonprofit spearheaded Idaho’s new law that bans most abortions. The Idaho Family Policy Center also lobbied this year for legislation that sought to ban gender-affirming medical care for transgender children and a bill that would have held librarians liable for distributing ‘harmful material’ to minors. Most of the materials found in a Meridian library that spurred the legislation depicted LGBTQ relationships.”

While Jones’s sermon was going viral, Texas Pastor Dillon Awes of Stedfast Baptist Church in Watauga, a suburb of Fort Worth, was also calling for the execution of gay people, claiming that gay people “are dangerous to society” and “all homosexuals are pedophiles.”

In a sermon titled, “Why We Won’t Shut Up,” Awes asserted that “the solution for the homosexual in 2022” is execution. Awes began his sermon saying, “I’m angry this morning because our entire country is celebrating the worse [sic] sin in the Bible” — referring to Pride month celebrations.

In the long sermon, in which he called out the “abomination” of Pride month, Awes said of “homosexuals,” “These people should be put to death. Every single homosexual in our country should be charged with a crime. The abomination of homosexuality that they have, they should be convicted in a lawful trial.”

Awes said, “I’m not saying that every single homosexual that’s alive right now has committed that act with a child already because it could be they haven’t had the opportunity yet and they will at some point later in their life.”

He said, “This is why we need to put these people to death through the proper channels of the government… These people are not normal. They’re not your average everyday sinners… They have no hope of salvation.”

In his sermon, Awes emphasized that churches that embrace LGBTQ people are wrong and that Pride is wrong. He said, “You know a lot of pastors have this stupid idea where it’s just like, ‘oh you know God loves everyone. And God hates the sin but loves the sinner.’ But people have taken this to such an extreme where they’re saying celebrate the sin, not just tolerate it, celebrate it.”

Stedfast Baptist Church has been labeled an “anti-LGBT hate group” by the Southern Poverty Law Center. Complaints about Awes prompted the Watauga Police Department to issue a statement which reads in part, “Any message that promotes hatred toward any class or group of people is absolutely counter to the culture of the Watauga Police Department. The language used by the Pastor of the Stedfast Baptist Church is likely to be offensive to many people. However, at this time, the reported language of the sermon appears to be Constitutionally protected free speech. We will continue to monitor this evolving situation.”

Pastors Awes and Jones are among a growing number of conservatives linking LGBTQ people to pedophilia and assaults on children, attacks which have led to increased harassment of LGBTQ people as well as more anti-LGBTQ policy proposals in state legislatures, including Pennsylvania.

Republican politicians with national profiles like Florida Gov. Ron DeSantis, a presumed 2024 presidential candidate, have promoted anti-LGBTQ legislation like the notorious “Don’t Say Gay” law that suggests elementary school teachers, 86% of whom are female, are “grooming” young children in pedophile actions in their classrooms by teaching tolerance or sharing picture books like “And Tango Makes Three,” a story about a gay penguin family.

The Washington Post has reported on the GOP trend of resorting to the 1980s Religious Right propaganda that all gay men and lesbians are pedophiles trying to “groom” children and promote a “homosexual agenda.”

McMorrow gave a speech in response to Theis attack. Noting, “I am a straight, white, Christian, married, suburban mom,” McMorrow called out Theis and the GOP, saying, “I am the biggest threat to your hollow, hateful scheme. Because you can’t claim that you are targeting marginalized kids in the name of ‘parental rights’ if another parent is standing up to say no. You say, ‘She’s a groomer. She supports pedophilia.”

McMorrow’s speech went viral on social media with over a million views in the first hour.

The sermons of Awes and Jones have also gone viral, with mixed responses — many call out the pastors for promoting hate, but a significant number are supportive of the underlying message. Notably no GOP politician has, at press time, rejected the language of either pastor whose sermons continue to be promoted on You Tube, social media and on national news sites.