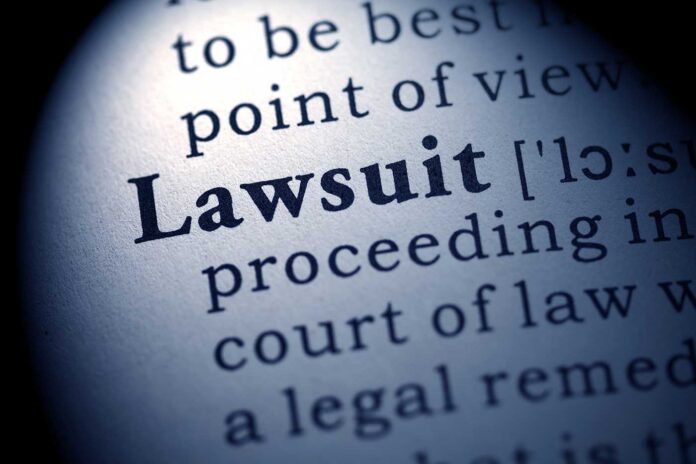 A federal lawsuit was filed last month on behalf of a Pennsylvania man who claims he was repeatedly raped while detained at the Delaware County Juvenile Detention Center in Lima, Pa.

The plaintiff, identified in court papers as “J.M.,” allegedly endured repeated rapes by guards, was forcibly masturbated by guards and was recorded by guards on their cellular phones while he showered. He also claims LGBTQ detainees at the facility were treated by staffers with “disdain.”

The facility was closed last year after numerous complaints of mismanagement. The defendants in J.M.’s lawsuit include the County of Delaware and various officials connected in some manner with the detention facility.

J.M., 27, is the latest of several individuals who’ve filed suit against Delaware County and various officials, alleging grievous harm while detained at the juvenile facility.

J.M. has requested a jury trial. He was detained at the facility intermittently between 2008 and 2012. During that time period, multiple guards repeatedly raped him anally and orally. One guard would hold him down while other guards took turns raping him, according to his lawsuit.

Additionally, guards kissed J.M. against his will and required him to take showers, during which time they would record him on their cellular phones. “J.M was threatened that if he told anyone, he would be further harmed,” states the lawsuit. “As a result of the alleged abuse, J.M. was severely mentally, psychologically, and emotionally damaged.”

The lawsuit continues: “J.M. has suffered and continues to suffer great pain of mind and body, shock, emotional distress, physical manifestations of emotional distress including stomach aches, nausea and explosive crying, embarrassment, loss of self-esteem, disgrace, humiliation, and loss of enjoyment of life. The significant emotional and psychological injuries sustained by J.M. dramatically transformed his personality.”

Other alleged abuse at the facility included guards routinely referring to detainees as “nigger,” “faggot” and “retard.” Guards would say to vulnerable detainees “Suck my dick, bitch,” and “Fuck you, pussy.” Trans detainees were denied access to proper attire such as wigs. Additionally, they were denied housing at a unit of the facility that corresponded to their gender identity, denied hormone therapies, and constantly misgendered. Moreover, a Trans girl was denied the opportunity to shave, according to court filings.

“To further perpetuate their disdain for the LGBTQ community, [detention center] staff outed a transgender child, did not continue her hormone treatment, and did not allow her to live on a unit consistent with her gender identity,” states J.M.’s lawsuit.

A detainee at the facility was forced to drink water out of a toilet bowl after complaining about being thirsty. Another detainee was told by a detention officer that the officer planned to have sexual relations with the detainee’s mother, according to court records.

A detention officer allegedly threatened to handle a pregnant detainee in a manner that would induce a miscarriage. Also, detainees would be isolated in their rooms for lengthy periods of time so guards could watch television in common areas uninterrupted, according to court records.

Staff at the juvenile facility were denied access to Trans sensitivity training, even though the training would have been provided by state officials free of charge to the county, according to court records.

During winter months, the facility wasn’t heated properly and detainees reported seeing their breath. Their rooms were plagued with “black mold,” and the food served to them was inedible at times, according to court records.

The detainees’ ability to seek help was unduly impeded, including by not having unfettered access to telephones and/or mail privileges, according to court records.

The civil counts against defendants include negligence, intentional infliction of emotional distress, failure to rescue, failure to warn, civil conspiracy and civil-rights violations.

J.M.’s lawsuit and several related lawsuits have been consolidated and assigned to U.S. District Judge Michael M. Baylson, who is based in Philadelphia. J.M. is seeking an unspecified amount in damages. His attorney, Gaetano A. D’Andrea, expressed hope that J.M. will receive a significant monetary award that will help prevent similar alleged wrongdoing in the future.

“We want to make sure that no child — including LGBTQ children — are ever harmed in a way that children at this facility were harmed,” D’Andrea told PGN. “We’re optimistic the jury will find in our favor and will send a strong message to Delaware County and to all similar facilities.”

The detention center was closed by authorities in March 2021. Previously, it was overseen by the Delaware County court system. But in July 2021, a 10-member board of managers was created to oversee the facility. It’s not expected to reopen for another year, at the earliest. At-risk youths are being housed at alternate facilities within the county or sent to neighboring counties during the interim.