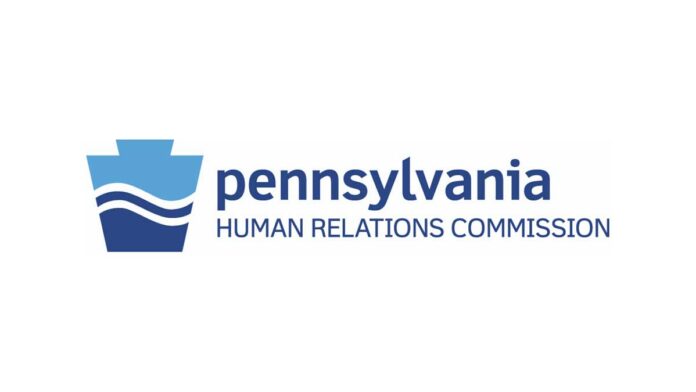 Since 2018, the PHRC has accepted LGBT-related antibias complaints for investigation. This latest move is expected to give the force of law to PHRC’s position that anti-LGBT discrimination is a form of sex discrimination.

Sex has been a protected category in Pennsylvania’s statewide antibias law since 1971. But the state legislature has resisted adding sexual orientation and/or gender identity as protected categories.

PHRC investigates antibias complaints on the basis of race, color, national origin, religious creed, sex, age and disability. PHRC has 81 staffers and a $1.3-million annual budget, according to public records.

Under the proposed regulations, sex is defined to include “pregnancy status, childbirth status, breastfeeding status, sex assigned at birth, gender identity or expression, affectional or sexual orientation, and differences in sex development.”

On April 9, the proposed regulations were published in the Pennsylvania Bulletin, after being unanimously approved by PHRC’s seven commissioners.

There will be a public-comment period through May 9. The state legislature also will be given an opportunity to comment on the regulations.

Last month, the proposed regulations were sent to the state Independent Regulatory Review Commission for review. IRRC is expected to either approve or reject a final version of the regulations later this year.

More than 70 locales across the state have enacted their own LGBT protections. But those locales cover less than half of the state’s population.

M. Joel Bolstein, chair of the PHRC, praised the proposed regulations. “PHRC wants the LGBTQ community to know the Commission will protect all LGBTQ persons from discrimination throughout the Commonwealth under the laws of the Pennsylvania Human Relations Act and the Pennsylvania Fair Educational Opportunities Act,” Bolstein said, in an email. “We’ve been doing that since our LGBTQ policy guidance was adopted in 2018. We have taken this step to, in essence, codify our policy guidance because of the U.S. Supreme Court’s 6-3 decision in the Bostock case — which found that it is a violation of Title VII of the U.S. Civil Rights Act when an adverse employment action is taken against someone because of their sexual orientation or gender identity. In that case, the protected class was ‘sex.’ We have that same protected class — sex — in the PHRA and PFEOA, which are statutes enforced by PHRC. Those statutes, however, are not limited to employment discrimination — but also cover discrimination in housing, education and public accommodations. These regulations will make clear to complainants and respondents in cases before the PHRC exactly how the Commission intends to interpret the protected class ‘sex’ for purposes of enforcing the protections from discrimination found in the PHRA and PFEOA.”

Bolstein declined to predict how the IRRC will vote. “It’s premature to think about whether the IRRC will approve or reject these proposed regulations,” Bolstein continued. “First, PHRC will thoroughly review and respond to the public comments that it receives. We received a significant amount of public comments on PHRC’s LGBTQ policy guidance. And we expect the same with these proposed regulations. This is an important issue. We want to hear from everyone who is an interested party. PHRC is a bipartisan public agency. When we do go before the IRRC to seek its approval for the regulations, we will have completed the public comment process, reviewed and responded to the public comments, and PHRC will be fully prepared to explain why these regulations are necessary and how they reflect the current state of the law, as expressed by the U.S. Supreme Court, as well as other federal and state courts that have ruled on the subject of sex discrimination.”

David J. Sumner, executive director of IRRC, issued this statement: “Pennsylvania law requires a thorough and public vetting of agency rulemakings before they can take effect, including an independent review by IRRC. Our Commission will carefully review this regulation, together with comments from members of the public and interested parties, to ensure that the proposed rules are in the public interest.”

Naiymah Sanchez, trans rights organizer for the ACLU of Pennsylvania, also praised the proposed regulations. “There is no place for discrimination in today’s Pennsylvania,” Sanchez said, in an email. “We’re making progress, like with the Bostock case, in which the Supreme Court recognized that sex discrimination includes discrimination based on sexual orientation and gender identity. But state law has to be stronger, to be clear that discrimination against gay, lesbian, bisexual, queer, and transgender folks is illegal. We’re grateful that the Commission is taking this on and look forward to supporting the effort to have the regulations approved.”