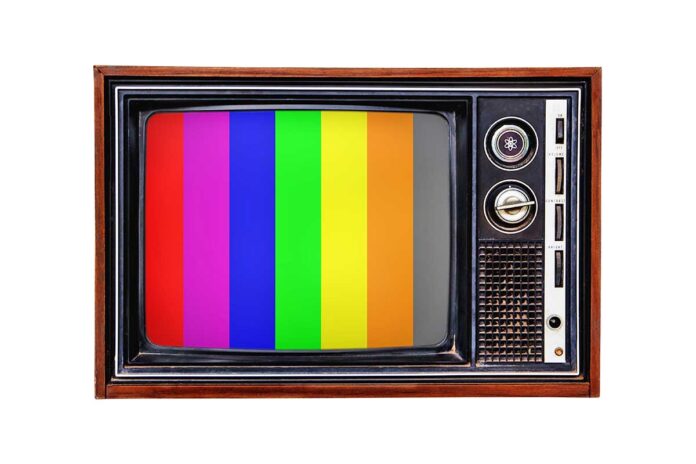 GLAAD’s latest annual report on LGBTQ visibility on TV reveals that queer, trans and nonbinary representations are at an all-time high across all platforms, bringing those representations closer to the actual demographics of LGBTQ people in the U.S.

GLAAD’s Where We Are on TV report “analyzes the overall diversity of primetime scripted series regulars on broadcast networks and looks at the number of LGBTQ characters on cable networks and streaming services for the 2021-2022 TV season.”

In addition to network TV, GLAAD included series on Amazon, Apple TV+, Disney+, HBO Max, Hulu, Netflix, Paramount+, and Peacock which premiered or are expected to return between June 1, 2021 and May 31, 2022. GLAAD has tracked LGBTQ characters on television for 26 years. This is the 17th Where We Are on TV report.

The findings this year — the first after the pandemic had shut down production on many series — were impressive. Of the 775 regular characters scheduled to appear on scripted broadcast primetime programming for the 2021-2022 season, 92 characters (11.9 percent) are LGBTQ. This increase of 2.8 percent from the last report marks a record high of LGBTQ series regulars on broadcast programming. There are also 49 recurring characters, meaning there are 141 LGBTQ characters on broadcast this season.

“The growing state of LGBTQ representation on television is a signal that Hollywood is truly starting to recognize the power of telling LGBTQ stories that audiences around the world connect with,” said GLAAD President & CEO Sarah Kate Ellis.

Ellis said, “At a time when anti-LGBTQ legislation and violence continue to increase, it is cultural institutions like television that take on the crucial role of changing hearts and minds through diverse and inclusive storytelling.”

Megan Townsend, GLAAD’s Director of Entertainment Research & Analysis said, “After finding several decreases in the previous year’s study, it is exciting to see quick progress made year-over-year with a new record high percentage of LGBTQ series regulars on broadcast, as well as increases in under-represented parts of the community including queer women, transgender characters and LGBTQ people of color.”

This representation has started to look more like society. GLAAD reports that lesbian characters now represent the majority of the LGBTQ characters on broadcast at 40 percent (56 characters), which is 6 percent more than last season while gay men comprise 35 percent (49) of characters, down 5 percent.

But representation of people with HIV continues to lag well behind the society at large. GLAAD found only two characters who are living with HIV — a decrease from last year when there were three characters, but all of those characters were on one series: FX’s “Pose.” GLAAD notes this year’s number is way lower than the 2019-2020 report. Plus both characters counted this year are only recurring: Michael in Netflix’s “Dear White People” and Sai in NBC’s “Ordinary Joe.”

GLAAD partnered with Gilead Sciences last year to “call on the entertainment industry to grow representation of HIV in an effort to drive cultural and societal change in ending the stigma of people who are living with HIV.”

GLAAD adds that their “most recent State of HIV Stigma Study found that less than half of Americans (48 percent) feel knowledgeable about HIV. The study also found that there is still unfounded fear about people living with HIV, even though those receiving proper medical treatment cannot transmit HIV.”

Townsend, GLAAD’s Director of Entertainment Research & Analysis, pointed to some of the issues that remain in attaining true representation. She said, “We continue to see that LGBTQ inclusion is often found in clusters from a concentrated number of creatives and networks who have prioritized telling our stories. Just three cable networks account for close to half of all LGBTQ inclusion on cable, and 8.5 percent of LGBTQ characters across all platforms tracked appear on shows tied to just four producers.”

Townsend added, “As the LGBTQ community continues to quickly grow and drive buzz as heavy users of social platforms — and as there is more competition for audience’s attention and money than ever — it is clear that investing in telling nuanced, diverse LGBTQ stories and proactively marketing those programs can only benefit the network’s bottom line and positive perception.”

The importance of LGBTQ visibility must remain a signal concern for TV overall, said Ellis. She said, “Networks and platforms must continue to prioritize telling LGBTQ stories that have been long overlooked, with a specific focus on the trans community, LGBTQ people of color, people living with HIV, and LGBTQ people with disabilities.”