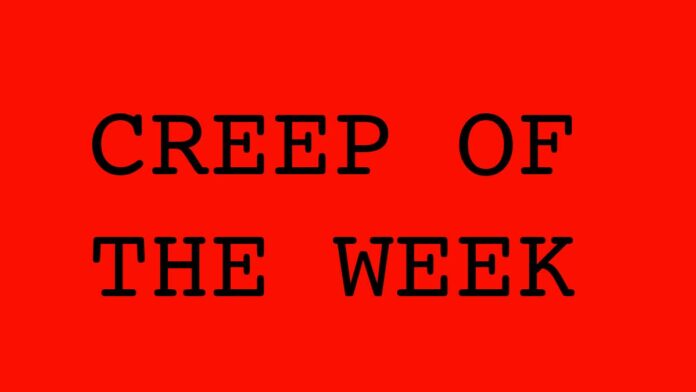 Not sure if you know this, but I am a big fan of heavy metal music. It’s not the only music I like, but it’s the music I like the best.

In fact, soon after Trump’s election, I turned to metal and haven’t turned away. I mean, do I get a little choked up if I hear Wilson Phillips’ “Hold On” in the grocery store? Sure. But metal is my go-to. It’s honestly the only music that makes any sense these past six or so years. Does it help that I’m a godless lesbian? Of course. Metal is music made to speak to me — no doubt the hours I spend listening to metal are awash in Satanic messages filtered through my subconscious that manifest in me being even more gay.

So when I saw that Internet Preacherman Mike Spaulding had written a piece titled “Democrat [sic] Party is a Wholly Owned Satanic Subsidiary of the Luciferian Globalists,” I perked up because I thought I was getting some new metal recommendations. I’m always interested in hearing new things! Except for hate speech. Alas, that’s basically what this turned out to be.

Spaulding is upset about all of the usual things like marriage equality, abortion, helping poor people and treating immigrants and asylum seekers like humans. The country is going to hell and it’s all the fault of the party that DIDN’T back an insurrection against the government.

Honestly? I don’t have any patience for it. I’d rather be listening to metal. So instead of reading all of his dumb words, I decided to comb through his essay title for hidden metal messages.

I didn’t find a metal band named after the Democratic party, but I did find a punk/thrash band from Singapore called Opposition Party. Of course, when it comes to metal and partying in the U.S., nobody holds a candle to Andrew W.K. His latest album, “God Is Partying,” is on my best records of 2021 list, thank you for asking. Andrew W.K. has put out a lot of party songs during the course of his career: “It’s Time To Party,” “Party Hard,” “Party Til You Puke,” “Long Live the Party,” “The Power of Partying,” “Party Mindset,” “The Party Never Dies,” “We Party (You Shout),” “Big Party” and “The Party God.”

I couldn’t find a band called Wholly, but there is a band called “Swallowed Whole” from Seattle that plays the kind of black death metal you might crank up loud on Halloween if you want kids to be too scared to come to your house. There’s also the song “Wholly Night” by Virginia death metal band Arsis, which Encyclopaedia Metallum warns is “not to be confused with the Christian rock band of the same name from Alaska.” Noted!

“Owned By the Ocean” is a song by Boston’s The Blackest Deep, a progressive metal band with a nautical fixation and a mix of harsh and clean vocals. Not bad! Will definitely listen to the whole album.

I found LOTS of metal bands with “Satanic” in their names (shocking, I know), but was drawn to a band called “Clouds Taste Satanic,” because that’s a weird name. They’re an instrumental doom band from New York. And on their latest release they do a cover of Elton John’s “Funeral for a Friend!” And it’s amazing. I’m now following on Bandcamp! Thanks, Mike!

There is, indeed, a band named Luciferian. They’re a black metal band from Colombia. Black metal isn’t my favorite, but they seem to be pretty good at what they do! From what I can tell, they have no affiliation with the Democrats. They do, however, have a self-titled album that came out in 2021 with a song called “Luciferian.” So that’s “Luciferian” by Luciferian from “Luciferian.” Like the Iron Maiden song “Iron Maiden” from their album “Iron Maiden.” Fun!

From what I could find there isn’t a metal band called “Globalists,” but there is a band from Washington State called “Global Warning” and their latest song, released in 2018, is called “Apocalyptic.” Feels prescient. If only we’d gotten their warning sooner…

Even if you don’t like metal, I hope that this column helped take your mind off of the incredibly fucked up times we’re living in and the continued assault on U.S. Democracy by gaslighters like Spaulding. For the love of god and metal, please vote for Democrats. They’re not perfect, but they don’t hate you. And that’s a message worth cranking up to 11.