It’s no secret that the percentage of voters drops significantly for non-presidential elections. The belief that local and state elections don’t matter is an incorrect claim that we truly need to destroy. If we ever want full LGBT equality in Pennsylvania, we need to get more people to vote in local elections, starting with this year. It’s not going to happen otherwise.

Take a look at next week’s election on May 18th. There are a lot of positions on the ballot that you don’t hear much about, specifically the various judge positions. Most people understand that judges oversee criminal and civil trials in court. But judges also make decisions outside of the courtroom that strongly affect the LGBT community. We recently reported a case about a Trump-appointed judge who denied the anonymity of an HIV-positive man even though both sides in the case agreed that the man could stay anonymous. Those are the kinds of decisions that judges can have on LGBT people, decisions about basic decency, respect, and admitting that LGBT and HIV stigma still exists.

Another position on the ballot next week is district attorney. The DA’s race is crucial in determining whether crimes against LGBT people get prosecuted. The DA sets a tone for the city and the region that, ideally, shows people that crimes against LGBT people will not be tolerated. While President Biden’s executive orders demanding LGBT equality are important for visibility, it is people like the DA who will actually determine whether LGBT people are treated fairly.

How about the city controller’s race? What does a city controller do? The Philadelphia City Controller is the “chief auditor” of the city and the school district. They investigate fraud and mismanagement claims against city agencies, employees and contractors. They also determine how money can be spent and saved. Both of those things, along with the other facets of the job, greatly impact the LGBT community, especially LGBT city employees as well as organizations that rely on city funding.

These races do not have the primetime excitement that a presidential race does. They won’t be covered by late night hosts or posted by celebrities on social media. But they impact Philadelphia’s LGBT community as much, if not more so, than President Biden ever will. They are the ones working directly with the community to make life more efficient and fair, to make life better. They are the ones you’ll go to if you have an issue. And as such, it is crucial that you have a say in who they are.

It’s time for LGBT people who don’t vote in local elections to stop hiding and start casting their ballots. Not voting is unacceptable. Not voting is an exercise in privilege. And not voting should be called out. It’s simple: if you don’t vote, you don’t care about the LGBT community. Is that what you want said about you? 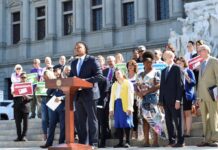 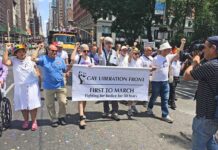 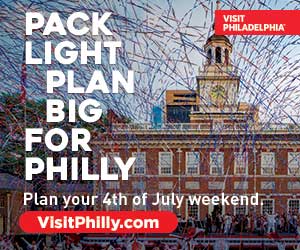