Five state legislators held a press conference in Harrisburg this week, announcing legislation that would bar trans females in Pennsylvania from participating in school-sports categories that align with their gender identity.

At an April 5 press conference, White said: “Under the law we’re proposing, a student who is deprived of an athletic opportunity or who suffers direct or indirect harm as a result of a violation of this Act by a college or a public school would be able to bring a cause of action for injunctive relief, psychological and physical damage — and the cost involved in filing the lawsuit against the college or high school.”

Gleim said HB 972 was prompted by an LGBT-oriented executive order issued by President Joe Biden in January. She claimed the order would adversely impact cisgender athletes in Pennsylvania. “We think that this order violates Title IX,” Gleim asserted.

A spokesperson for Gov. Tom Wolf said he would veto HB 972. “The governor has been clear — hate has no place in Pennsylvania, and that includes discrimination,” said Lyndsay Kensinger, a spokesperson for Wolf. “Any legislation designed to deny opportunities to certain children is both disturbing and dangerous. Trans youth should know that they belong, that they are valued, and that their participation in school activities is welcomed. The governor would veto this type of legislation.”

The following is a memo the women issued to their House colleagues, urging them to support HB 972, when it’s introduced: “The opportunity for girls to compete on a level playing field must be protected. Title IX was designed to stop discrimination and create equal athletic opportunities for women. However, allowing biological males to compete in girls’ sports reverses nearly 50 years of advancement for women. There are [inherent differences between men and women, according to a judicial ruling]. These ‘inherent differences’ range from hormonal differences to physiological differences. Having separate biologically-specific teams, which Title IX protects, furthers efforts to promote women’s equality. Biologically-specific teams accomplish this by providing opportunities for female athletes to demonstrate their skill, strength, and athletic abilities while also providing them with opportunities to obtain recognition and accolades, college scholarships, and the numerous other long-term benefits that flow from success in athletic endeavors. We are introducing the Save Women’s Sports Act to protect opportunities for women and girls in athletics by ensuring women are not forced to compete against biological males playing on women’s sports teams. Please join us in protecting the advances in civil rights for women and consider co-sponsoring this important piece of legislation.”

Thomas W. Ude Jr., legal and public-policy director at Mazzoni Center, said the five legislators at the press conference should be “ashamed” of themselves. “This morning’s press conference was long on eloquent praise for safe competition, but every speaker intentionally disregarded the fact that trans girls and women need safety too,” Ude said, in an email. “None of the legislators could identify any instances of disputes in Pennsylvania that their bill would address. This bill would make things worse for LGBTQ students, who still face harassment and bullying. Instead of inventing new rights for cisgender students, let’s do something about that epidemic of bullying. The values extolled today — of self-confidence, competition, and fairness — are just as important for trans athletes. But instead of supporting safe environments for LGBTQ student athletes, these lawmakers want to hand their competitors a cudgel — specifically lawsuits — to deter LGBTQ students from sports. These adults know better. They should be ashamed of themselves for piling on against students who already have it tough. That’s bullying.”

Naiymah Sanchez, transgender justice coordinator for the ACLU of Pennsylvania, said in a statement: “This legislation is an attempt by some elected officials to attack trans Pennsylvanians across the commonwealth. Trans girls are girls. Trans boys are boys. There is nothing ‘fair’ about discrimination, and that’s what this proposed law would do: discriminate against trans youth.”

Sanchez added: “Study after study shows that participation in sports is critical in the development of young people. It boosts self-esteem and increases academic achievement. We are in the middle of a pandemic that has put a significant strain on the mental health of young people. Introducing a bill that would bar trans athletes from participating in sports is simply cruel and speaks volumes about the priorities of these lawmakers who are creating a problem that simply doesn’t exist.”

Sanchez concluded: “The ACLU of Pennsylvania stands firm in our support of transgender people. They belong everywhere, including in sports. We encourage everyone to tell their elected officials that they support trans and non-binary Pennsylvanians.”

Preston Heldibridle, state policy associate for the Pennsylvania Youth Congress, said in a statement:  “Trans youth deserve inclusion and respect. Enough with taking cheap political points at the expense of the very lives of trans youth. We are your children, students, and community members — not the boogeyman. Talk with us. Please take the time to learn about why this exclusionary bill is so hurtful and damaging — and far removed from the reality of school athletics in Pennsylvania.”

Heldibridle added: “The truth is that Pennsylvanians overwhelmingly support LGBTQ nondiscrimination protections and want us to continue moving our commonwealth forward to be more inclusive. Pennsylvania Interscholastic Athletic Association already has a policy on gender participation and this bill undermines their authority. Trans students have been playing sports in Pennsylvania for years with no issues whatsoever. There are countless examples of trans students playing school sports without any issues and full affirmation by other athletes.”

Moreover, Heldibridle said: “We want to send the message directly to trans young people across the commonwealth that you are loved by far more people than those who espouse hatred towards us. Our lives are precious, and no headline from lawmakers exclaiming hate, violence, or discrimination takes that away from us. The story of trans youth in our state is one of resiliency and love. Those seeking to write us out of public life are living on the outdated margins of society. Our futures will always be so much brighter than the darkness of these hateful proposals.”

“The Pennsylvania GOP has officially jumped on board the national trend of hateful anti-trans legislation,” Titus said in a statement. “They target the most vulnerable with culture wars because they believe it’s good politics, and that our ability to live fulfilled lives is something worth sacrificing. As the first trans person ever elected in Pennsylvania history, I know bigotry when I see it. Hate may be the Pennsylvania GOP’s platform, but it’s not Pennsylvania’s. We will defeat this effort because this is not who we are. In Pennsylvania, we love our neighbors. We believe in freedom and equality. Our Commonwealth has real issues. I wish our representatives would spend their time trying to solve them.”

“The City of Philadelphia strongly condemns this shameful attempt to pass such dangerous and damaging legislation,” Lessard said, in an email. “We stand united with — and will continue to advocate for — the transgender community. And we strongly urge the state legislature to oppose this proposed legislation, which is not based in fact or science.”

Do police and DA have separate Morris probes? 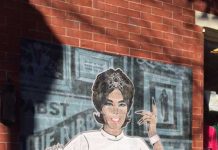 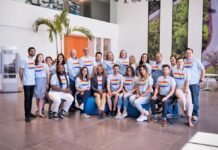