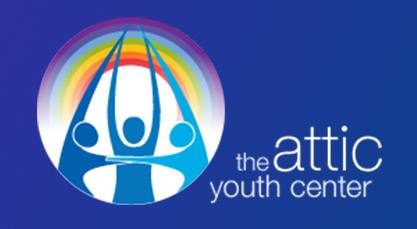 In the culmination of a two-year investigation into allegations of discrimination and sexual misconduct at The Attic Youth Center, the organization released a statement providing updates on the resolution of matters and how the leadership plans to move forward.

“Conducted independently, the investigations included extensive interviews with board members, staff and youth, concluding that The Attic, its Executive Director and staff, took quick action in response to the allegations, and complied with all legal mandates and requirements,” The Attic’s statement reads. It includes no further details regarding whether misconduct took place at the organization.

The organization’s leadership previously committed to sharing the findings of the investigation with the public, but when asked about what those findings were, former Attic Executive Director Carrie Jacobs said, “I think the report actually took care of that. I think it was pretty clear that the allegations — that the staff and the folks at The Attic complied with legal mandates and requirements. The investigations were worthwhile and I think we learned a great deal about moving forward and being even better than we are.”

Jacobs failed to elaborate on the nature of the legal mandates and requirements that The Attic staff adhered to following the investigations. It remains unclear whether any of the allegations were found to be true or untrue.

“The staff, myself, we took action,” Jacobs said. “We responded to allegations, and we complied with legal mandates.”

Shawnese Givens, The Attic’s interim executive director, also did not share further details on the findings of the investigation.

“The investigations took longer than we hoped that they would, but we made a commitment to the community to release the findings,” Givens said. “Even though it’s two years later, we still want to honor that commitment and to be able to let folks know what’s coming next for The Attic, how we’ve evolved out of what happened and how we’ll move forward.”

The statement lists policies and practices that The Attic’s leaders are instituting to improve the organization. They include amending The Attic’s pay structure, employing a human resources consultant to make sure board and staff members adhere to policies and procedures, consulting an external professional to provide Equal Employment Opportunity training for The Attic board and staff, and reducing access to the facility for those who do not participate in or lead the organization’s programs.

Givens assumed the role of interim executive director after Jacobs was relieved of her position when the allegations initially came to light in March, 2019 via The Black and Brown Workers Co-op Facebook page.

“I am really glad that I was able to step into the acting and then interim director role when The Attic needed someone at the helm to lead us through the transition,” Givens said.

The Attic leadership is in the process of searching for a new executive director, of which Givens is taking part. After a new director is hired, she’ll remain on staff to help with the transition.

“As far as the search goes, we have some finalists,” Jacobs said. “The staff has interviewed, and then the board will be interviewing them. We’re going to go from there.”

The Attic board is also working on adding members “who really reflect a constituency that [the organization] serves,” Givens said.

“We’ve been vetting and onboarding new board members so that going forward, our board represents the young people that attend The Attic,” she added.

Jacobs will also continue to support the organization through its transitional period.

“It’s about working with the new [executive director] toward the success, growth and sustainability of The Attic,” Jacobs said. “My role is to be as supportive as I can be — to connect them with the folks in the community who they need to be connected with, connect them with our donors.”

Similar to many nonprofits in Philadelphia and beyond, The Attic has had to adapt most of its programs to online platforms, including its counseling services, which have been in high demand over the past year. The organization is still open three days a week, in four-hour blocks, to provide access to food pantries, personal hygiene supplies and the use of computers for counseling sessions.

“I think the focus now is back on how we’re going to strengthen The Attic,” Jacobs said. “We’ve provided a safe space and essentially a home and a place to grow up for thousands of youth over the past 28 years. I’m really focused on helping The Attic prepare for the next 28 years.”