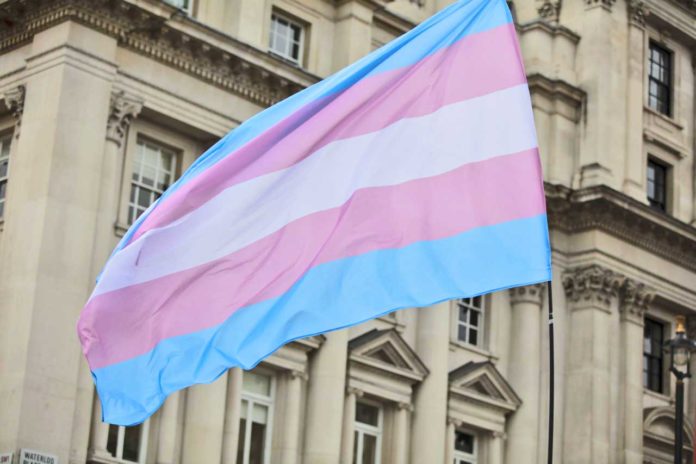 There comes a time when a non-binary or transgender person comes out, when a friend of theirs will cast them as being inherently brave or courageous for coming out as transgender. I know I heard it plenty when I was back in the early days of coming out, and still hear some variation of it every so often.

It’s always something I have a hard time countering, at least politely.

While my experience is not the same as everyone, I know I reached a point in my life where going into transition was, frankly, the easier of the options presented to me. That may sound off if you aren’t in this body, but understand that the challenges of transitioning, as difficult at that can sometimes be, was the easier option.

Sure, I could continue to try to live a fiction that I felt as home in my birth gender, probably falling into a number of self-destructive behaviors until I likely succeeded in causing some permanent damage to myself, all while living a life that felt like some great, empty falsehood I was living for the benefit of others — or I could, instead, try living my truth.

In a lot of ways, yes, that would have been a seemingly easier path. I had a growing career at the time in that old persona. I’m sure that by this point in that life, I’d be well established in my career, maybe even with enough money in the bank to retire, even after finding a nice house and all that. Of course, this also predisposes that I hadn’t taken my life in one way or another.

Again, while I do not want to claim that my experience is the same as everyone, I know that it isn’t uncommon to just, well, exist pre-transition. We often learn to depersonalize ourselves, or work with whatever substances we can to numb our feelings. In trying to live within the gender few may have been assigned at birth, we may eventually just reach a breaking point.

Indeed, transition becomes the better of the two options. I know that when I finally reached that point, I knew where life was headed if I did not transition. It meant years, perhaps decades, feeling as wrong as I did then. Transition itself was a question mark with many possible pitfalls, but it was unlikely to be any worse than how I felt then.

I’m not saying any of that in some misguided attempt at sympathy. On the contrary, it simply is what we have to do sometimes to survive pre-transition. It simply is our reality.

So, when we are told we are brave for simply seeking to live a fuller life, it rings hollow. This was merely the option we had.

Without co-opting too much from disability rights activists — with whom I think we do share some similar ground — I am reminded how their community has also faced the same issue. Just opting to exist as a differently-abled person is, for some, viewed as some courageous act. To which I find myself wondering exactly what the person saying such thinks the options are. Do they feel that a disabled person should simply be dead, rather than attempting to thrive in this world? Is that something they view as brave?

Is this how they also view transgender people?

I read a subtext into the use of “brave” to describe this. What I hear is a person telling me that if they were faced with the same situation, they’d not be able to take this path. Maybe they would feel that death was preferable, or maybe they simply don’t view the options as quite so dire.

I do know that they most likely do not understand how it feels to be trans in the first place, and they may not have very solid footing when it comes to talking about the issue. After all, they may find it plenty easy to live in the gender assigned to them, so the notion of feeling the dissonance and dysphoria that many transgender people feel would be foreign.

All this said, I think that many transgender people are, well, brave. It’s just not in the same way as I feel most non-trans people perceive braveness.

While transition, for many of us, was the easiest of the possible options to travel, it is nonetheless fraught with peril.

In the first two months of 2021, six people are known to have been killed in anti-trans homicides in the United States. Even while the Biden Administration takes bold steps for trans equality, dozens of states are pushing legislation that would go so far as to criminalize supporting transgender people. We face staggering hurdles when it comes to employment, housing, and healthcare — even beyond anything medical help that is specifically trans-related. We are still often viewed as an acceptable target of mockery and derision.

Yet, in the face of that, in all we have to deal with as we live our lives as transgender and non-binary, we wake up every day, dust ourselves off, and continue on. It’s not the bravery one might picture, but it is an actual strength that we convey.

That is the bravery that I don’t think many pick up on about trans and non-binary people. Being such isn’t itself the brave thing. It’s dealing with the hatred and scorn that we see, and still managing to continue, because even all of that is the better option than continuing another day of being a person we simply are not.

Gwen Smith is perfectly happy to just live her life. You’ll find her at www.gwensmith.com/. 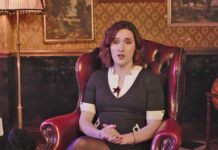