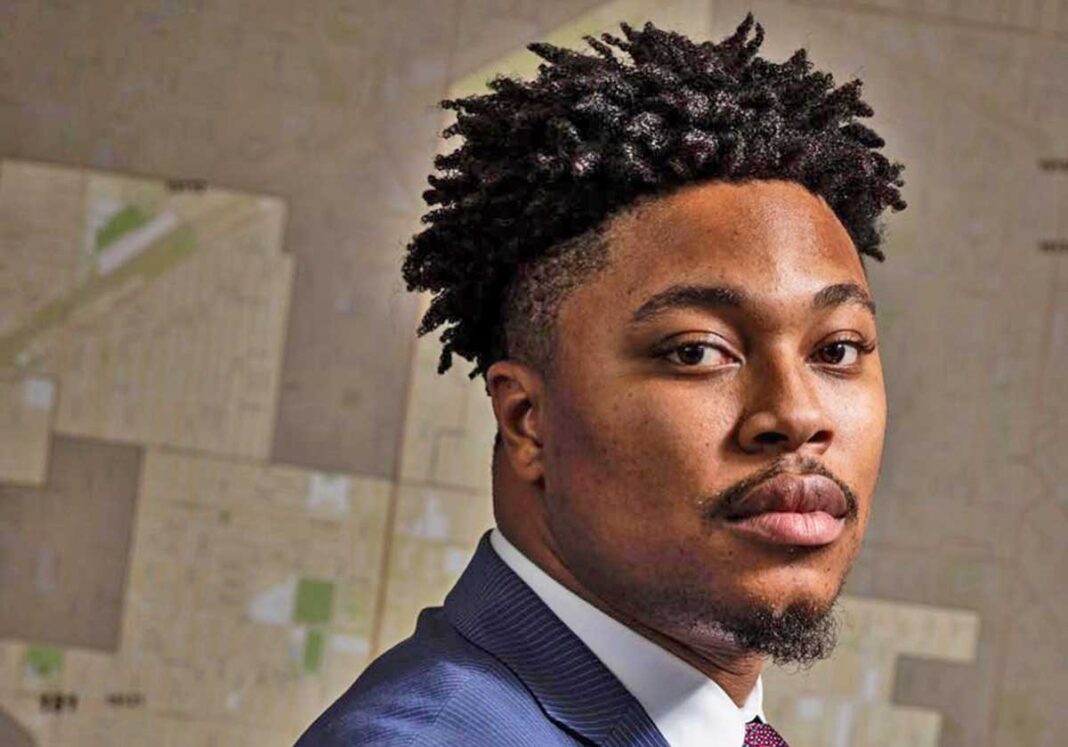 For much of September and October, State Rep. Malcolm Kenyatta could be found traveling across Pennsylvania to speak with voters before the November election. Driving over 3400 miles and meeting with people in all corners of the state, the “Flip PA Tour,” was designed to stress the importance of the 2020 election and encourage voter turnout in districts outside of major urban areas. The tour also allowed Kenyatta to confirm something important, though oftentimes forgotten: despite the perpetuated rural/urban divide, the needs of Pennsylvanians are pretty much the same throughout the state.

“What I recognize is that as Pennsylvanians, we are not as divided as Pennsylvania politics,” Kenyatta told PGN. “Everywhere I went, there were families who were asking the question, how can my kids get ahead?”

2020 was a banner year for Kenyatta, whose passion and interests are rooted in the City of Philadelphia, especially the LGBTQ community and the community in North Philadelphia he serves in Harrisburg. He was an early supporter and a frequent surrogate for President-elect Joe Biden, and his speeches from the floor of the State House — including a memorable one calling out voter suppression — earned praise from a multitude of colleagues and helped put him in the national spotlight.

Most recently, Kenyatta made headlines as one of the 20 Pennsylvania electors casting their electoral college vote for Joe Biden and Kamala Harris and thus helping to shape the next four years of American politics. While his vote helped make history for Harris as the first African-American, first South Asian American, and first woman Vice President, Kenyatta himself made history this year as the first LGBTQ person — along with Georgia State Rep. Sam Park and Long Beach, California mayor Robert Garcia — to give the keynote address at the Democratic National Convention. The invitation to deliver the keynote was an especially meaningful moment for Kenyatta, and he hopes the speech inspired and lifted people up who may dream of a career affecting change

“You know, the reality is a lot of folks who’ve often run for office don’t come from the same lived experience that I come from.” he shared with PGN. “Folks who had to start at an early age working and helping their family, who might be black or brown, or queer, looked up and said, ‘Oh, my God, you know what, I can do that too’.”

Kenyatta was elected to a second term in the Pennsylvania House in November. A few weeks later The Victory Institute named him the 2020 recipient of the Tammy Baldwin Breakthrough Award. The award honors queer politicians who have made a difference in the lives of LGBTQ people through their policies and, especially in Kenyatta’s case, their visibility.

“Malcolm is tireless in his advocacy for LGBTQ equality but also equality for other marginalized communities in Pennsylvania,” Victory Institute President Annise Parker told PGN. “He truly is a rising star among our LGBTQ elected officials nationwide and is well-deserving of the award.”

Despite being featured on national television and in publications including The New Yorker, the newfound fame doesn’t seem to faze Kenyatta. Even when he received death threats for working to ensure the safety and security of the 2020 election in Pennsylvania — which often included speaking the truth about the Republican-led efforts to ban drop boxes and prevent pre-canvassing — he continued to press on and do his work.

In addition to being recognized for his political and advocacy efforts, this year Kenyatta reached another milestone: he got engaged to his partner, Dr. Matthew Miller. While his personal life is by no means activism, he hopes by example it will show younger queer people, especially queer people of color, that they have the right to be happy and to be themselves, the right to love who they wish to love.

While it has been a breakthrough year for Kenyatta with many accomplishments and recognitions, he sees the overall legacy he will leave behind as one of the most important parts of his career.

“And so every time I get an opportunity to talk about issues around justice and equity, and fairness, every time I get an opportunity to communicate to a broader audience my belief that everybody, no matter who you love, or how you identify, should be treated fairly, that helps other people be brave. You know, bravery is really contagious. And if we can be brave, we encourage other people to be brave. And so that’s what I think the added visibility does. It helps other people see themselves.”