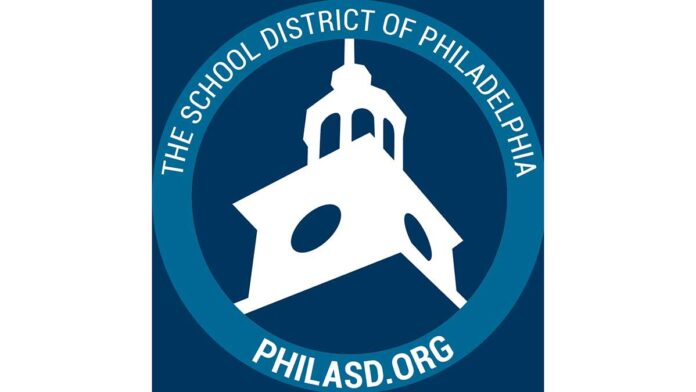 The School District of Philadelphia (SDP) has teamed up with Big Brothers Big Sisters Independence to launch the first district-wide virtual gender and sexuality alliance (GSA). The school district has had GSAs for years, but the virtual iteration of the group began this fall. District high schools with existing GSAs include William W. Bodine, Thomas A. Edison, Hill-Freedom World Academy, Kensington, Northeast and George Washington.

Through the virtual GSA, students can connect with each other and LGBTQ+ adults, discuss issues relevant to the community and play trivia games, for example. The overall goals of the virtual GSA include providing a space for LGBTQ students who don’t have a GSA available at their school or don’t feel safe participating in an in-person GSA, to foster a space for queer and questioning students to “identify, develop and share their identities with the world” in a positive group space of their similarly-identified peers and adults, to connect students with adults from a variety of racial and queer backgrounds and to cultivate a district-wide community of LGBTQ students.

Both Big Brothers Big Sisters and SDP staff facilitate the virtual GSA sessions, which last for about an hour and typically consist of 50-75 students in attendance. The sessions are divided by age group: freshmen and sophomores meet in one group and juniors and seniors meet in another.

“I feel completely supported in and outside of the group,” said Caryn Chandler, a sophomore at Philadelphia High School for Girls. “On the first day we all decided to make a group chat so we could be there for each other all the time. I think that was honestly probably the most memorable moment, to think that these people really care about how I feel. And I care about them, too.”

Rachel Holzman, deputy chief for the school district’s Office of Student Rights and Responsibilities, hopes to involve the GSA students in updating the procedures for policy 252, which serves to “ensure safety, equity, and justice for all students regardless of gender identity or gender expression so that they can reach their fullest human and intellectual potential,” according to the school district website.

“I want the students to drive that procedure,” Holzman said. “I’m asking for volunteers to sit on a committee with me and really take a look at what those procedures should look like.”

The virtual format of the GSA provides some advantages compared to the in-person GSA. Some students were worried that they’d risk getting bullied if they joined a GSA in school, said Dustin Timmerman, the Big Brothers Big Sisters Independence LGBTQ+ Program Coordinator.

“When I was in high school I was not out, I was still very much discovering myself and didn’t have the support,” Timmerman said. “To be able to see and be a part of providing that support for youth is just incredible.”

In the virtual GSA space, some students keep their video turned off or communicate primarily through the Zoom chat function.

“This is actually a really necessary solution, whether it’s for kids like my ‘little sister’ who’s not in a school that has a GSA program, or others who are not having access to the support systems than what they already have outside the home,” said Michele Molano, chief operating officer and big sister at Big Brothers Big Sisters Independence. “This creates at least one safe, vehicled space in connection to caring and compassionate adults that they can connect to and be their true, authentic selves.”

Timmerman added that the Big Brothers Big Sisters facilitators follow the model that having four supportive adults in an LGBTQ youth’s life reduces their risk of attempted suicide by 50%.

“Right now, access to adults is really strained,” he said. “Students, particularly those who don’t have supportive family members or aren’t in a place where they’re able to come out to their families, are isolated and alone. We bring in faculty advisors, myself as the program coordinator and two other staff or volunteers to create four supportive adults. We also have a district liaison, so at this point there’s so many people that these kids have access to, to be able to see that [they’re] accepted.”

In addition to the GSA, the district also provides a list of LGBTQ resources, including mental health resources, info about policy 252 and “other organizations that support LGBTQ youth,” Holzman said. School district staff are in leadership positions in the Philly chapter of GLSEN, (formerly the Gay, Lesbian and Straight Education Network), an organization that strives to put a stop to bullying related to sexual orientation, gender and gender expression.

“We’re trying to coordinate their efforts with our efforts because we can use all the resources we can get,” Holzman added. “They also have their eyes on our resource list to make sure that we were inclusive of things maybe we weren’t aware of.”

For students who may be reluctant to join the virtual GSA, Chandler has some advice:

“In the beginning I didn’t think I was going to like it, I didn’t think that I needed to say how I felt when honestly, I did,” she said. “I didn’t have anyone to really talk to about myself or what I was feeling towards what I like and who I like. Most people don’t admit it to themselves that they like something different or they just want to try something different because society has this way of putting pressure on us to be a certain type of way. I think it’s OK to not know, it’s OK to not have it all figured out. You should just put your foot in the water.”