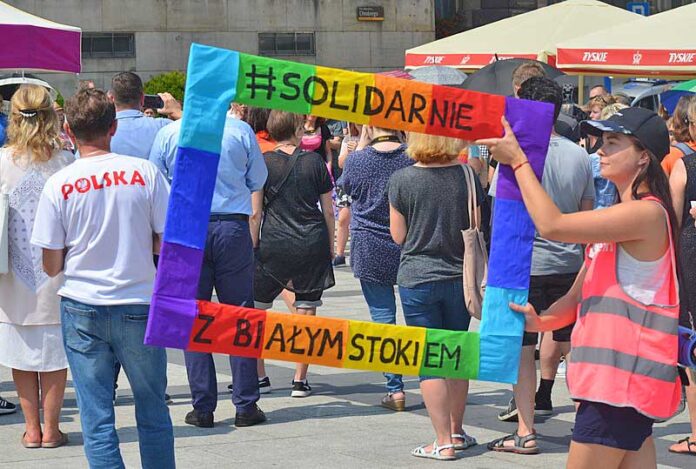 Want to publicly thank the U.S. Embassy in Warsaw Poland who gave me an appreciation of how resilient our government can be and how the foreign service, part of our State Department, continues to fight for women’s and LGBT rights even under a Secretary of State as radically right wing as Mike Pompeo.

For the last two years, Poland has been under the grip of a right wing government that is so much out of the mainstream that it has went as far as outlawing abortion in any circumstance other then for the life of the mother. On the LGBT front, some Polish cities have placed signs stating that their city is a LGBT-free zone, meaning that LGBT people are not welcome in their city. The parliament and agencies of the government have introduced a mountain of anti-LGBT legislation and regulations, including outlawing same-sex adoption, calling for conversion therapy for all LGBT people, and even denying teachers the ability to say LGBT people exist. We could go on but let’s just leave it with the headline from Bloomberg on the subject: “Where Your Sexuality Can Make You Enemy of the State.”

The article goes on to state that the government has “weaponized homophobia.” When LGBT people attempt to protest, they are met by thugs, and the police arrest the protesters, not the thugs.

But these setbacks have not stopped the LGBT and women activists in Poland. They continue to protest. They come out late at night and hang rainbow flags on public buildings and churches who have partnered with the government in their campaign to eliminate the LGBT community.

It has gotten so bad that 50 ambassadors wrote a letter to President Andrzej Duda. Duda made opposition to gay rights a key theme of his re-election in July, calling them more destructive than the communists that ruled the country for more than 40 years.

In their letter, the ambassadors expressed concern about political attacks on sexual minorities in a letter to the government. U.S. Ambassador to Poland Georgette Mosbacher said Poland is “on the wrong side of history” on LGBTQ rights.

You read that right. Our ambassador joined in with those from 49 other countries to denounce LGBT discrimination. But it didn’t stop there. The U.S. Embassy in Warsaw contacted me and asked if I was willing to be part of their speaking series. Can you guess what they wanted me to speak on? My partition in the Stonewall riots. In addition, the talk would be live streamed and promoted through universities, several of which were aligned with the protest movement. I understood what the speaking series was meant to do. It was going to be a pep talk to the LGBT activists in Poland.

My opening line was: “This is your Stonewall moment, and I am honored to be with you and know that we support you in your struggle.”

In the Q and A that followed, when asked about the LGBT free zones I found myself giving suggestions on how the activists can fight against them.

During the event I actually felt something I have not felt in years, a joy in fighting to stop oppression. That is the actual meaning of Stonewall. My closing line to the activists was: “I hope that we get through this pandemic soon so I can join you in your protest and be arrested along your side. It would be an honor.”

I now have something to look forward to when this pandemic is over: being arrested in Poland with those brave activists who aren’t just talking the talk, but are walking the walk. 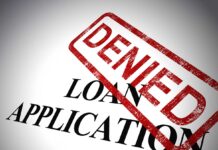 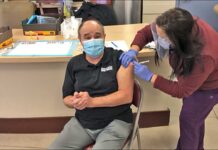