I am submitting this column before Election Day, although it will appear just afterwards. No matter what happens, though, this I know: We will wake up on November 4 loving our families just as much. Although the clear conservative majority on the U.S. Supreme Court is a threat to LGBTQ families among others, we are not going away. In fact, I would predict that we will only become more visible and more vocal.

The rainbow-colored toothpaste, as it were, is out of the tube. An estimated 3 million LGBTQ Americans have had a child and as many as 6 million children and adults have an LGBTQ parent, according to UCLA’s Williams Institute. Four states (California, Colorado, Illinois, and New Jersey) now require public school curricula to include lessons about the contributions of LGBTQ people. The last two years have seen higher than ever numbers of LGBTQ-inclusive books for children and young adults. LGBTQ-inclusive characters are appearing on children’s shows from Disney, PBS Kids, Cartoon Network, Nickelodeon, Amazon, Hulu, and Netflix, among others. And every day, LGBTQ families are built, our children grow, and our children become adults and citizens of this country. Our families are here to stay.

Yes, obstacles remain. A case being heard by the Supreme Court this week could allow taxpayer-funded foster care and adoption agencies to cite religious beliefs as a reason to discriminate against LGBTQ parents, LGBTQ youth, and others. The ruling might even open the door to religiously based discrimination in other public services, including healthcare. Federal recognition of marriage equality could also be challenged in the court. A conservative Supreme Court could also legitimize the view that life begins at the moment of conception, which could severely curtail in vitro fertilization and other fertility procedures that could be construed as putting embryos at risk.

Additionally, ever since Amy Coney Barrett was nominated for the Supreme Court, I have seen LGBTQ parents online rushing to secure second-parent (confirmatory) adoptions for their children. That seems prudent. Every LGBTQ legal organization has long recommended second-parent adoptions or court orders of parentage as the only ironclad way for nonbiological/nongestational parents to secure their parental rights, even if they are married and on their children’s birth certificates. I know I repeat that a lot, but hardly a week goes by when I don’t see an LGBTQ parent on social media asking about this exact situation. Regardless of the political climate, however, securing one’s parental rights can help in situations such as divorce or the death of a partner/spouse. That’s not something we may want to think about, but I say it’s always good to be prepared.

Even as we struggle with these extra layers of work and worry, though, our lives go on. Many of us have lost jobs because of the pandemic; many of us struggle at balancing work and our kids’ virtual schooling. Others may be dealing with personal or family illness or other tough situations. At the same time, there can be bright moments: a hug from one’s child; a quiet few moments with spouse or partner; a family movie night; a bit of generosity given or received. We should not gild over the troubles, but nor should we forget to appreciate the joys.

Of course, no matter which way the election goes, it will not end LGBTQ families’ battle for equality. It will not bring about racial or reproductive justice or bring equity to any other area that may concern us. A second Trump presidency would be disastrous not only for the LGBTQ community, but also for our entire country, I believe — but even a Biden presidency will leave us with work to do.

We have made significant progress over the decades, though, and we have learned much as a community about telling our stories, organizing for change, and making ourselves heard. A majority of Americans, 61 percent, now support same-sex marriage, with only 31 percent opposed, according to a 2019 Pew Research Center poll. And 62 percent of Americans say they have become more supportive toward transgender rights over the last five years, according to a 2019 Public Religion Research Institute study. These results do differ along lines of political party and religious affiliation; there are some communities where support is much less, but others where it is even greater.

We have moved forward despite obstacles and continued to grow our families and raise our children with love and care. We will continue to do so into the future, helping each other, working with allies to build the world we want to see, and encouraging our children to carry on our lessons of equity and justice. Someday, then, our country may even become the beacon of freedom and hope it was meant to be. 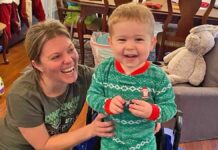 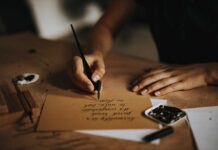 An Open Letter to Joe Biden from a Lesbian Mom 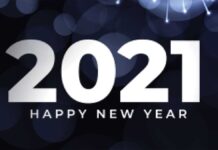