The Trump Administration has signed an anti-abortion, anti-LGBT declaration with 32 member states in the United Nations, many of which are authoritarian regimes or considered flawed democracies.

The “Geneva Consensus Declaration” is yet another action by Secretary of State Mike Pompeo to radically reframe U.S. foreign policy to meet the evangelical Christian standard he has set for the State Department and USAID (United States Agency for International Development). Throughout 2020, Pompeo has been taking actions that shift U.S. foreign policy to reflect anti-LGBT and anti-women’s rights stances.

As PGN reported in July and again in September, prior to Pompeo, the focus of the State Department abroad has been human rights, not American religious fundamentalism. Pompeo is one of many evangelical Christians in President Trump’s Cabinet.

The Geneva Consensus Declaration calls on nations to “promote the rights of women and strengthen the family,” but stresses there is “no international right to abortion,” a flagrantly religious stance rejected by U.S. allies.

The declaration also uses “pro-family” language, supporting the “role of the family as foundational to society and as a source of health, support, and care.” All mention of LGBT people and families is excluded. This language has been flagged by U.S. and international LGBT rights groups as undermining and opposing same-sex marriage and LGBT rights.

The language of the document emphasizes “national sovereignty in determining policy and rights,” a theme pursued in another project promoted by Pompeo at the State Department, the Commission on Unalienable Rights, which argues that the U.S. view on human rights should be rooted in its own constitutional history. That Commission is virulently anti-LGBT.

The Geneva Consensus Declaration is the latest salvo in Pompeo’s anti-gay, anti-abortion religious freedom agenda. In July, Pompeo released a report re-framing the State Department’s approach to LGBT and women’s rights abroad, rights that are already under attack globally during the coronavirus pandemic. Many countries are using the pandemic to enforce anti-gay and gender-based “reforms” and restrictions on women and LGBT people.

Human rights observers warn that Pompeo has already signaled this latest document will promote his religious beliefs and will focus on “the nation’s founding principles.”

Pompeo has decried the U.S. Supreme Court’s 2015 ruling granting marriage equality to all fifty states as “a shocking abuse of power” that “flies in the face of centuries of shared understanding of our Constitution.”

The Geneva Consensus Declaration calls on states to promote women’s rights and health — but without access to abortion — and to focus on traditional family roles, excluding LGBT families. The core supporters of the declaration are Brazil, Egypt, Hungary, Indonesia and Uganda, countries with some of the most restrictive laws governing women’s and LGBT rights. PGN has reported serious abuses against LGBT people by each of these countries during the pandemic, including arrests of LGBT people for congregating together.

Among the 27 other signatories are Belarus, where security forces are engaged in suppressing a women-led protest movement, Saudi Arabia, Bahrain, the United Arab Emirates, Iraq, Sudan, South Sudan, and Libya — all with execrable records on human rights for women and LGBT people.

Some of the signatories are among the 20 worst countries to be a woman according to the Women, Peace and Security Index established by Georgetown University. None of the top twenty countries on the Georgetown index — with the exception of the U.S. (ranked 19th) — has signed the declaration.

The only other European signatory (apart from Belarus and Hungary) is Poland, where the constitutional court approved a near total ban on abortion in October and where a new anti-LGBT regime supported by Pompeo was voted into office in September. Poland is viewed as one of the worst countries to be LGBT.

Pompeo has been seeking new supporters for his Geneva Consensus for months. “In 2019, around 25 countries signed one or more joint statements regarding these issues of mutual concern,” a US memorandum circulated among supportive governments said earlier this year. “We would like many more countries to join this Declaration in 2020 so that our mutual priorities in the multilateral space can succeed.”

A virtual signature ceremony was co-hosted by Pompeo and Health and Human Services Secretary, Alex Azar. In the ceremony, Pompeo and Azar presented the declaration as an historic effort to stop abortion and to control LGBT rights. Both men credited Trump.

“Under President Trump’s leadership, the United States has defended the dignity of human life everywhere and always,” Pompeo said. “He has done it like no other president in history. We have mounted an unprecedented defense of the unborn abroad.”

The declaration says both men and women should enjoy “civil, political and economic rights and opportunities,” but “in no case should abortion be promoted as a method of family planning” and it excludes LGBT people from any references to family.

In the declaration, the signatories: “Reaffirm that there is no international right to abortion, nor any international obligation on the part of states to finance or facilitate abortion.” Laws restricting bodily autonomy impact LGBT people as well as cis het women as they restrict access to healthcare at every level and promote discriminatory practices, according to Human Rights Watch.

Tarah Demant, the Director of the Gender, Sexuality, and Identity program at Amnesty International USA said the signing of the declaration “marks another giant step backwards for the United States as it joins a list of countries willingly endangering people’s health and lives. The United States’ stance flies in the face of human rights and decades of health research. This is about people living full lives that are their own–not the lives that the government has prescribed for them.” 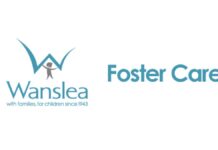