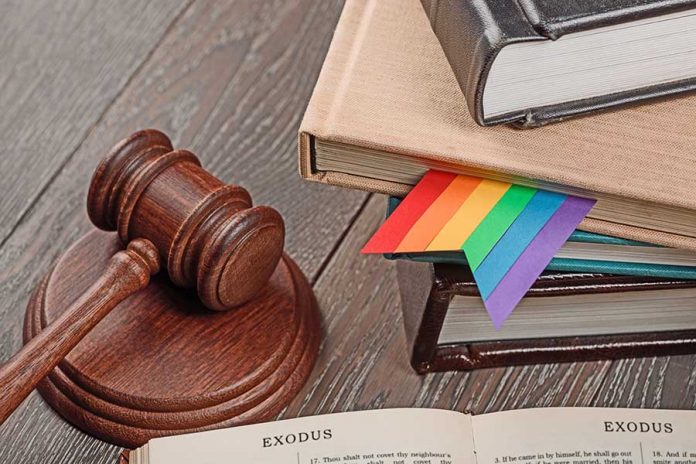 A federal judge has denied the request of an LGBT plaintiff to litigate under a pseudonym in an employment antibias case, even though the plaintiff expressed a fear of violence after being falsely accused of sexually assaulting a coworker.

On Jan. 21, 2019, Doe was notified by two store officials that he was accused of digitally penetrating a male coworker in the anus. He was subsequently fired, though he denies the allegations and hasn’t been charged with a crime, according to court papers.

The filing also notes there’s been an increase in the number of anti-LGBT hate crimes reported to the FBI.

In denying the request, Leeson said the public typically has a right to know the names of persons utilizing the court system. In addition, Leeson said Doe didn’t provide sufficient evidence connecting him to a risk of severe harm if he’s publicly outed. Thus, allowing him to proceed anonymously couldn’t be justified.

Leeson set a deadline of Oct. 13 for Doe to file amended court papers disclosing his name and address. Attorneys for Doe filed the amended documents on Oct. 12. PGN is withholding Doe’s name and address, in light of his request for privacy.

Amy E. Whelan, senior staff attorney at the National Center for Lesbian Rights, didn’t see Leeson’s ruling impacting other LGBT plaintiffs’ ability to litigate anonymously.
“Courts address these issues on a case-by-case basis,” Whelan said, in an email. “So each ruling is based on the individual circumstances of the plaintiff seeking anonymity.”

Whelan added: “When deciding whether to protect an individual’s identity in a lawsuit, courts have to balance the important public interest in an open court system against that individual’s fear of retaliation, harassment, or even violence if their personal information is public. Courts generally grant anonymity when individual circumstances warrant it, such as when an LGBTQ person, or someone who is HIV positive, can show they are likely to suffer harm or retaliation if their identity is known.”

Bennett H. Klein, senior attorney with GLAD, an LGBT legal-advocacy organization, said some judges are reluctant to grant anonymity on the basis of sexual orientation.

“Courts almost always allow plaintiffs with HIV — and transgender plaintiffs — to litigate anonymously,” Klein explained. “The stigma associated with those identities remains severe. But as there’s more acceptance for lesbian and gay people, courts are becoming more reluctant to rule that somebody can proceed anonymously due to their sexual orientation. In those cases, we’re finding you have to make a much stronger showing of the likelihood that you’ll be harmed by being outed.”

For lesbian, gay and bisexual plaintiffs who seek anonymity, the key is to offer evidence of specific harm if outed, he said. “The more you can connect public disclosure of your sexual orientation to specific harm you’re likely to experience — the more likely you are to be able to proceed anonymously,” Klein asserted.

Thomas W. Ude Jr., legal and public policy director at Mazzoni Center, noted that it can be empowering to be an out litigant.

“LGBTQ people, and people living with HIV, have been fighting against stigma and discrimination for years,” Ude said, in an email. “There is power in being out. Many of the advances in our civil rights are because so many people have come out publicly about their identity or status. But not everyone is ready to share those aspects of their identity publicly — sometimes for very personal reasons. And sometimes it’s because they know that LGBTQ people, and people living with HIV, are still subject to disproportionate levels of violence and harassment based on their identity. For some community members, proceeding anonymously is the only way they can assert their rights without opening the door to further harassment — this time, potentially, from strangers. Again, not everyone needs to proceed anonymously. But it is crucial that LGBTQ people and people with HIV — many of whom understandably have grounds to fear for their safety — can assert their rights without having to put their safety at risk by doing so.”

Morgan G. Williams, interim chief counsel for the Pennsylvania Human Relations Commission, said the agency doesn’t have a specific rule governing anonymity requests. “While no particular procedural rule addresses this, certain victims of discrimination who may have privacy concerns have filed using pseudonyms,” Williams said, in an email. “The Pennsylvania Human Relations Commission will evaluate the concern and the request on a case by case basis.”

Lauren Cox, a spokesperson for the city, said the Philadelphia Commission on Human Relations sometimes accepts anonymous complainants. “Under certain circumstances the PCHR has allowed complainants to file under pseudonyms or by using their initials. These requests are evaluated on a case by case basis and the final decision is made by the executive director [Rue Landau]. In these unique instances, the complainant must demonstrate the need to be anonymous throughout the process, since not knowing the complainant’s identity may create a significant obstacle for the respondent to fully defend themselves against the complaint. In the past, these requests have been granted for complainants who feared for their personal safety (i.e. human trafficking) and for minors. It is important to note that as standard procedure, PCHR’s complaint process is entirely confidential, unless one of the parties files in court and PCHR’s documents are subpoenaed.”