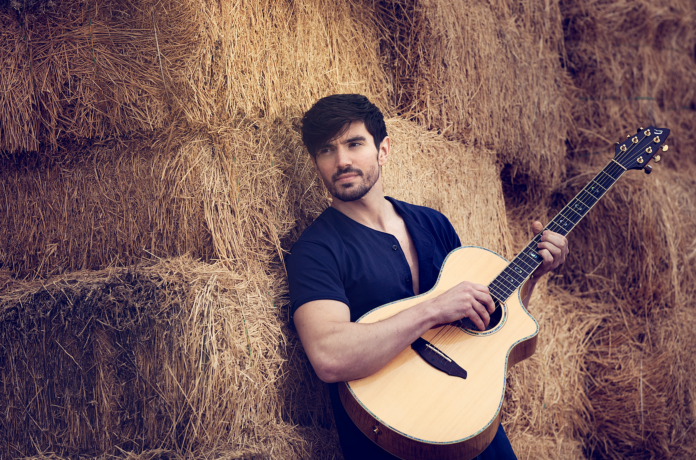 Singer-songwriter Steve Grand will perform at the Outfest for Community Unity this Saturday, joining a host of performers, activists, allies and organizations in support of Philly’s LGBTQ community. The livestream party will broadcast at 6:00 p.m. on Youtube and other platforms and will feature musical acts, drag performances, messages of unity from LGBTQ organizations, and shows of support from community leaders and allies.

Grand, who grew up in the suburbs of Chicago, rose to fame in 2013 after the music video for his song “All American Boy” went viral. The song and video — which Grand produced himself — shares the story of a young gay man in love with his hetersexual friend. The video has garnered 7.7 million views and was included in Buzzfeed’s “24 Of The Most Brilliant Music Videos From 2013.” Other artists on the list included Lady Gaga, Janelle Monae, Miley Cyrus, and Rihanna. That same year, Grand, who is an openly gay man, was included in Out Magazine’s “Out100,” a celebration of the most influential LGBT people of the year. Following the success of “All American Boy” Grand launched a successful Kickstarter campaign to finance his debut album, also titled “All American Boy,” which was released in March 2015.

Grand’s latest album “not the end of me,” reached #2 on the iTunes Pop Chart, #10 on Billboard’s Independent Album Chart, and #78 on Billboard’s Top Album Chart. He wrote every song on the album and also created the artwork.

“It’s a very personal album for me,” Grand told Bay Area Reporter last year. “It’s called ‘not the end of me’ because I wanted to communicate this idea that we all go through difficult times. It’s important to know that every struggle you get through gives you character and makes you who you are. There have definitely been times in my life where I felt like this thing that I’m dealing with now is going to be what takes me out, But that’s never been the case. I wanted to communicate to people that this stuff doesn’t have to be the end.”

Grand’s musical influences include The Beatles, Billy Joel, and Elton John. Grand also credits Elton John, specifically John’s ability to reach people through music, with helping him realize that being gay was okay. Grand, who financed the music video for “All-American Boy” in part by playing piano at churches in Chicago, grew up in a traditional Catholic family. He believes that his playing in churches is a positive step for LGBTQ acceptance in the Church.

“The Catholic Church is a giant global force,” Grand told Windy City Times in 2013. “It’s not going to change overnight. But I do believe it will change if more and more people come out and are visible. It’s going to take time and patience, but I do believe it will happen. And even if it does not change for many more years, I think my presence in the church today is positive for all those kids out there who are sitting in the pews—just as I was not too long ago—feeling like they are not welcome, like there is something wrong with them because that is what they have been taught.”

As for reaching new heights following the success of his debut song, Grand believes that he is right where he wants to be.

“I think I’ve proven that I’m more than one video. I have to prove it to myself. I have to support myself, and I care about doing well for my own self,” Grand told PGN. “Now I’m at the point where I’m excited. After feeling vulnerable and exposed in a public way, you’re forced to find a real solid sense of perspective, see what matters and what doesn’t. I’m grateful not just for how it helps me in my career but as a human being. Every day is exciting — creating something, working for myself, and following my dream.

OutFest For Community Unity runs October 10 at 6:00 p.m. on YouTube and other outlets.