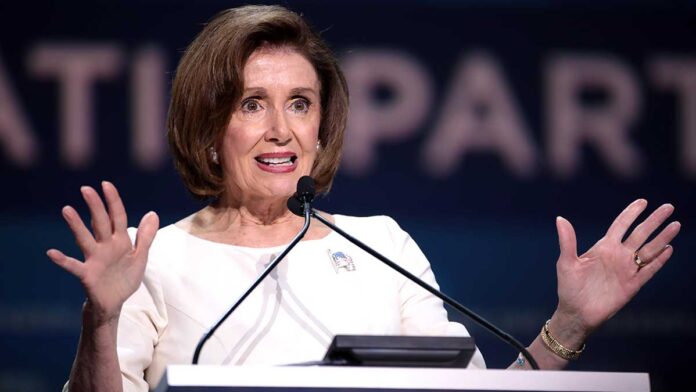 Did that headline make you say, no way?  Well, it’s very possible, and sooner than you might think. 4 months, to be precise. If you’re wondering how this could possibly happen and how Donald Trump might very well lead to the nation’s first woman president, get ready for the roller coaster ride the next 33 days will be.

It all starts on election night.  The votes that were cast that day are tallied, but many states have a backlog of ballots that were cast by mail. Still others have additional time lines for the remaining mail-in ballots to be tallied. This is where Donald Trump’s consistent attacks on mail-in ballots makes sense. Any state he could or does lose he will file lawsuits to contest that state’s election for any number of reasons. That battle goes on as electors are chosen to vote in the electoral college.

There’s a constitutional way to handle this. Each state gets one vote in the Congress, but that one vote is decided by the states congressional delegation. That delegation is based on the new congresspeople elected this November. Nancy Pelosi decides if a contested congressional race should be seated. It would be a sweet feeling, the Democratic House of Representatives in the same seat that Mitch McConnel is in right now: full, total political power.

Here’s the best part. If no presidential candidate is certified by noon on January 20th, the 3rd in line for president, becomes the acting President. The third in line for the Presidency is, you got it, Nancy Palosi.

It’s my bet that if it gets this far, Trump will concede shortly before that noon time line. There is no way he’d allow himself to lose to Nancy Pelosi and usher in the first woman president. He would rather see Biden take that seat than Pelosi. But let’s remember: Donald Trump will go to any length, no matter how destructive, to make sure no Democrat takes office. And it’s up to us to stop him.