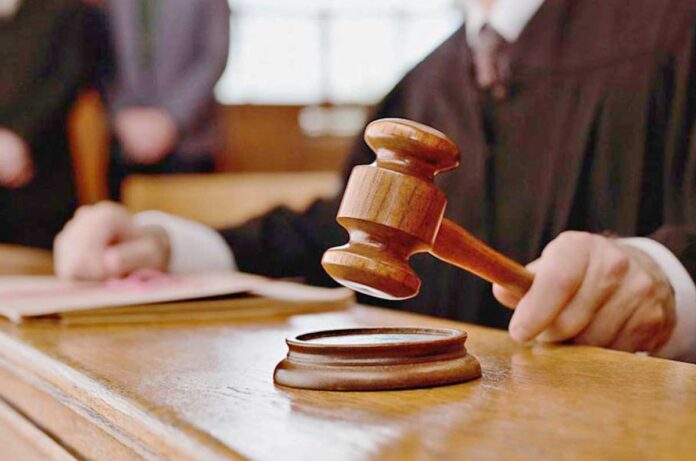 Last month, Commonwealth Court rejected a petition from three trans women to strike down a Pennsylvania law prohibiting residents with serious felonies from changing their names. The 10-page ruling was handed down July 29 by Judges Bonnie Brigance Leadbetter, Patricia A. McCullough and Michael H. Wojcik.

In 1998, Pennsylvania enacted a law preventing residents convicted of serious felonies from legally changing their name. The trans petitioners claim the law violates their right to privacy, their right to control their name and their right to avoid compelled speech by the government. All of those rights are guaranteed in Pennsylvania’s constitution. State officials, however, say the law helps prevent fraud and other crimes, according to court papers.

In May 2019, attorneys for the trans petitioners filed a legal challenge of the name-change ban in Commonwealth Court. But in September 2019, state Attorney General Josh Shapiro asserted in court papers that the case should be dismissed as meritless. In February 2020, the three-judge panel heard oral arguments on the dispute in Pittsburgh.

Pennsylvania residents convicted of less serious felonies must wait at least two years before seeking a name change in Common Pleas Court, according to the state law. Any past criminal history would also be updated with the new name.

If the ban were declared unconstitutional, the women would still be required to attend a hearing and demonstrate to a Common Pleas Court judge that they’re acting in good faith. The law requires such a hearing, and the women aren’t challenging that provision.

A spokesperson for Shapiro issued this statement regarding the July 29 ruling: “We know that being required to live with a name that doesn’t represent who you really are creates real hardships. In this case, the Commonwealth Court dismissed the petition that challenged the constitutionality of current Pennsylvania law, without reaching any decision on the merits of petitioners’ claims. Our office is required to defend existing law. It is up to the General Assembly to change those laws. Attorney General Shapiro has helped win significant fights for transgender Pennsylvanians. And as he has demonstrated throughout his career, Josh will not hesitate to fight for — and to expand — LGBTQ rights whenever he is able to.”

M. Patrick Yingling, an attorney for the petitioners, expressed disappointment with the court’s ruling. “Obviously, we’re disappointed,” Yingling told PGN. “We disagree [with the ruling] and we’re weighing our options on where to take it next. This isn’t over. We’re considering all of our options, including the possibility of an appeal.”

If the choice were made to appeal to the Pennsylvania Supreme Court, a notice of appeal would have to be filed by Aug. 28, Yingling said.

Justin F. Robinette, a local civil-rights attorney, expressed concern with the July 29 ruling. “To have expended judicial resources like this — and to not get an answer at all on the actual issue presented — is an extremely disappointing result,” Robinette told PGN. “With all due respect, if it were my case, I would not have filed it unless I identified the right party to sue first. If I’m not sure — out of an abundance of caution, I name all possible parties. I would also name an anonymous or unknown defendant. That could have prevented the kind of outcome that resulted here. Moving forward, I would suggest to attorneys that they consider starting over again and filing at the lower-court level — either state or federal — like most constitutional litigation. I admire their efforts on behalf of the transgender community. I hope they continue to litigate the case aggressively, and that we’ll see a successful result.”

“For many people who are trans, nonbinary, or queer, a legal name change is affirming and vital,” Ude said, an email. “Without it, providing an ID means showing a name that risks discrimination, harassment, and violence. But the law currently prevents anyone with a felony conviction from changing their name  —  even after completing their sentence, and even though the name on their criminal history would also be updated. That barrier imposes an extra penalty on anyone convicted of a felony. But for trans, nonbinary, and queer folks, it requires them to continue using an ID that exposes them to real danger. Depending on the type of felony, that extra penalty may last two years for some; for others, it is a life sentence. While the court’s decision did not end that danger, this fight is not over. We applaud the courage of Mo’Nique Porter, Alonda Talley, and Priscylla Von Noaker —  and their attorneys — in taking on this fight. While this is not the ruling they’d hoped for, the struggle continues — no doubt joined by others — and will prevail. And when that barrier is gone, many people, including many Mazzoni Center clients, look forward to an official court decree bearing their name.”