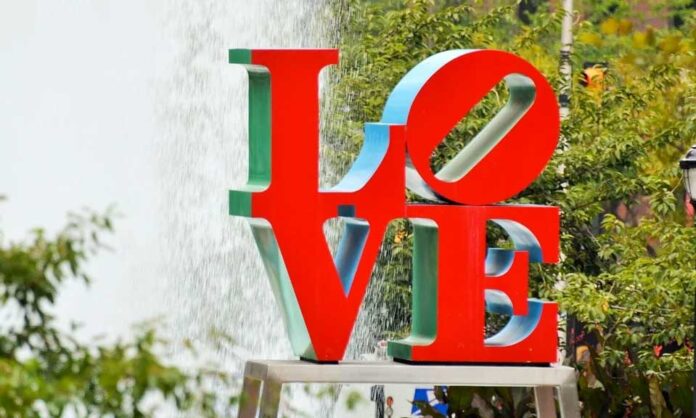 Moving places has always been easy for me. A decade ago I became one of those gay men who “collect” cities. Maybe this started at 17, when I was accepted at Fordham University in New York City. By age 30, after seven years in New York and five back home in Philly, the glistening white sands, art deco architecture, eternal summer, and swaying palm trees beckoned me to Miami. At 35, Portland, Oregon seemed to be calling out.

In Oregon, my fiancé Jewell had been hearing “Philly this,” or “Philly that” for the better part of a year. He ascertained I was homesick. I played it off, although I knew he was right. I felt it was time to go home. But wasn’t that a lot to ask him? After all, he’d moved out to Oregon when he was a teenager and had a life there before me. I didn’t think he’d go for leaving.

Jump ahead to this past March: Portland’s gray, winter rains were giving way to sunny breaks in the clouds, crocuses were blooming, and we should have been happy. But no. Jewell and I were scouting for a new apartment. To quote a certain Judy Garland standard, the search caused us to find “More clouds of gray, than any Russian play could guarantee.”

Portland has had a renaissance of new people moving in. It has not, however, had a boom in well-paying jobs or affordable housing. The food, the beer and wine culture, and the parks and public transportation all are highlights. But for me, a gay writer in the field for 15 years, it was hard to find work. The main LGBTQ publication fizzled out while I was editor-in-chief. The owner lost interest and the media group she aligned herself with went the way of the dodo.

Generally, Portland’s queer scene and culture are so integrated in the mainstream, despite the overwhelming numbers of those that fly the rainbow flag, that local mainstream media does a fine job of handling queer content.

In addition to the tight housing market, the Coronavirus scare, which at the time was looming, but not fully appreciated by the government, seemed to be making its way south from Seattle. It crept closer to our beloved Portland as did the end date of our lease.

Finally, I asked if we could move back to Philly.

Turns out Jewell too thought a change was in order, and he agreed to the move.

“Since I haven’t lived there in a decade it’ll be a new city for both of us,” I said happily. Before adding, “And the best part is we won’t have to worry about this Coronavirus stuff.”

So, we packed sparsely and boarded a plane. That next morning after the flight, Jewell had his first Wawa hoagie and coffee. The next day we settled in. Then, Philadelphia and the entire Commonwealth of Pennsylvania declared a shutdown of non-essential businesses.

“What’s that about not having to worry about the ‘Coronavirus stuff,’” Jewell asked.

Indeed, it’s been a setback. I can’t take my beloved to the Philadelphia Museum of Art, where I spent so many happy hours of my life. I can’t show him Betsy Ross’ house, the Physick Museum which I’ve never been to, or the Mütter Museum which I know he longs to see.

But, what we have found in our time here are my old friends and one cousin in particular who have become new friends for Jewell. In early July, we ventured to Camac Street for “walktails” and a socially-distanced introduction to one of my best gay friends, Wes. We went to Cape May for the weekend, where Jewell hoped for a Snookie sighting though I did not. We feel the same way about bumping into Gritty, I should add.

I didn’t “come out” right away about being back home. I tested the waters, even having chats with my Philly friends on the phone without telling them I’d returned.

“How’s Portland,” they’d ask regarding life and COVID.
“Oh you know,” I’d say, drying plates with a Flyers dish towel. “Portland-like, Portland-esque, Portland-ish. We just avoid downtown.” Which was true, given we were on the other side of the continent.

I feared, instead of a big welcome back, the old gang would say, “Oh, you couldn’t find an apartment and you hated your job, so you came home? With your tail between your legs?”

But instead of the refrain I feared they’d give me, the welcome was and is overwhelmingly positive. In fact, a friend who travels often but has lived in Philly for all of his adult life said, “Well, at least you gave it a try. Good on you! I’m glad you’re back.”

Looking deeper, there are actually more similarities between Portland and Philly than one would realize. The beer culture, the desire to keep things weird, urbanites who are hungry for change, and nostalgia for the city’s earlier cultural identity, according to a bumper sticker we saw online that read “I miss old Philadelphia, the one before you got here.”

Arguably it’s better than the ill-famed 1970s marketing campaign which said, “Philadelphia isn’t as bad as Philadelphians say it is.”

I suppose as a native that doesn’t apply to me, or to Jewell since he’s with me. While I’m not saying I never should have left, I’m happy I got to experience the Pacific Northwest. But now, it feels marvelous to have pointed our wagons east and come home to a new life for us both. 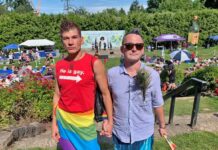 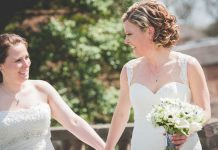 Ask the experts: What options exist for LGBT family-building?