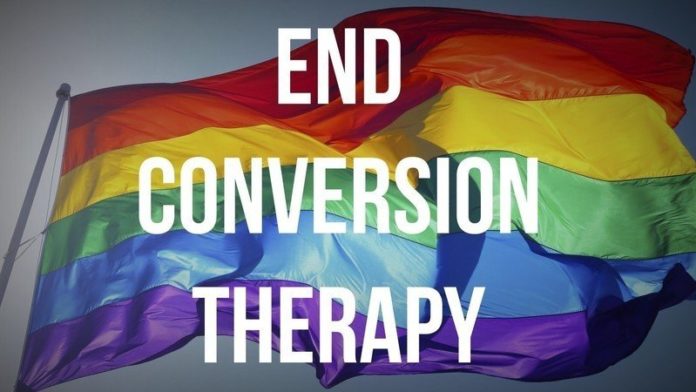 A few months before my 16th birthday, I was expelled from my all-girls high school — Philadelphia High School for Girls — for being a lesbian. My grandmother and mother were graduates of Girl’s High and my sister would be attending in another year.

I had wrecked the family tradition with a scandal.

Just weeks later, my Ivy League, Seven Sisters-educated, Socialist civil-rights worker parents, who were smart, educated, socially aware, and not religious zealots, placed me in the adolescent unit of a nearby mental hospital for “conversion therapy.” There were many of us there, including two other girls from my school.

At the hospital I was treated with medications, talk therapy, aversion techniques and behavioral modification to “de-gay” me. It was literal torture: hour after hour of being told I was not a lesbian; being made to vomit at images of women in affectionate embraces. Yet none of it made me straight. A few months later I attempted suicide. That is how shattered I was by the experience and the scars it had left.

Conversion therapy is the pseudo-scientific practice of using psychological, emotional, spiritual, medical and even surgical treatments singly or in combination to attempt to change a person’s sexual orientation or gender identity. Conversion therapy has been practiced in the U.S. for over a century. Academic literature has documented instances of conversion therapy being used as early as the 1890s and continuing through the present day.

When the ex-gay movement gained traction in the 1980s and ’90s with groups like Exodus International, I became a frequent guest on national and local TV and radio talk shows as a strong opponent and survivor of the practice. I never could have imagined I would still be fighting conversion therapy decades later.

And yet, it continues. Vice President Mike Pence is a long-time proponent as are Education Secretary Betsy DeVos and Heath and Human Services Secretary Roger Severino.

In September 2019 I reported a story for PGN on how the Archdiocese of Philadelphia hosted and co-sponsored a conference “to address the challenges of gender and sexual identity” featuring an anti-gay group focused on conversion therapy and “curing” homosexuality.

The conference, “Gender Matters — Fighting for the Integrity of Persons,” featured Desert Stream Ministries (DSM) and was run by “ex-gay” leader Andrew Comiskey, who refers to himself as a “former and healed homosexual” in his books and ministry.

In December 2019 I covered the story of a young lesbian, Alana Chen, who committed suicide, hanging herself after conversion therapy “failed her.”

According to a study by the Williams Institute at the UCLA School of Law, nearly 700,000 LGBT adults reported having undergone conversion therapy. The study also asserts that 73,000 LGBT youth between the ages of 13 and 17 will receive conversion therapy from either a licensed health care professional or a religious or spiritual advisor before they reach the age of 18.

Conversion therapy is banned for minors in 18 states. Pennsylvania is not among them. It is not banned in any state for adults. While Philadelphia and some other towns in Pennsylvania have city-wide bans, all parents have to do is cross county lines to find a purveyor of the practice.

But the tide could be turning against the practice. In 2012, the Pan American Health Organization (PAHO) noted that conversion therapies not only had no medical justification but also represented a severe threat to the health and human rights of the affected persons.

In 2016, the World Psychiatric Association reportedly found “no sound scientific evidence that innate sexual orientation can be changed.”

In 2020, the Independent Forensic Expert Group (IFEG) of health specialists declared that conversion therapy is “a form of deception, false advertising and fraud.”

And now the UN wants to ban the practice globally. Only six countries currently make conversion therapy illegal, with Germany banning it this past May. According to a UN report currently before the UN Human Rights Council, “Conversion therapy is built on the false premise that it can alter the sexual orientation of gender diverse people, and many more countries around the world need to recognize its dehumanizing and deeply corrosive impact.”

The UN report asserts that conversion therapy “contradicts international human rights law, which is guided by the fundamental principles of universality, equality and non-discrimination, making the practice inherently discriminatory.” The report also asserts that it interferes in “personal integrity and autonomy” and “violates the right to health, including the freedom from non-consensual medical treatment.”

My experience left me with lifelong trauma. Others, like Alana Chen, do not survive. No one should have to experience conversion therapy. It’s time to end this cruel and inhumane practice — in Pennsylvania, in the U.S., and worldwide. 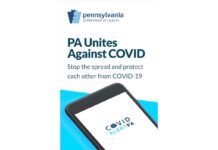