Paul G. Abel of Scott Township, Pa., just south of Pittsburgh, has resigned his position as a township commissioner one week after making a transphobic remark about state Health Secretary Rachel Levine during a public meeting.

During a June 9 commissioners meeting, Abel expressed frustration about limitations imposed due to the coronavirus pandemic. Then he said, “I’m tired of listening to a guy dressed up like a woman,” referring to Levine.

Seven other commissioners attending the meeting appeared stunned by Abel’s comments but didn’t immediately challenge them. The board is controlled by Democrats.

Levine is the highest ranking transgender official in Pennsylvania.

However, two days later the entire board, including Abel, signed an open letter to the public, apologizing for Abel’s comments and also apologizing for not immediately addressing them.

On June 16, Abel submitted his letter of resignation. He had one more year left on his four-year term.

Abel’s resignation letter states, “For the past 50 years, in the U.S. Marine Corps and later as a Scott Township police officer, I served in a diverse population — and a person’s race, religion or orientation was never an issue. At the end of the long and stressful meeting on June 9, 2020, I made a sarcastic remark and it clearly backfired. I sincerely regret the comment I made. It was insensitive. But it was not an attack on gender identity and there was no hatred or malice behind it. Residents took to social media to voice their opinions and vent their anger. That is their right. But others chose to knock on my door and call my house day and night. If I was the only one affected by this I would hang in there and get on with township business. But I cannot stand by and have my family subjected to that type of anger and harassment. It was a difficult decision. But I am resigning from my position as Sixth Ward Commissioner effective immediately.”

A group of residents called Building Equity, Diversion + Inclusion in Scott Township collected more than 200 residents’ signatures on a petition demanding Abel’s resignation. A separate petition for those who live outside the township also contained more than 200 signatures, according to Carrie O’Connell, a group organizer.

The group commended Abel for resigning. The group also wants the remaining commissioners to engage with community members on diversity issues and to attend LGBTQ diversity training. Additionally, the group wants the commissioners to adopt an LGBTQ-inclusive antibias ordinance, O’Connell added.

She emphasized that nobody from her group visited Abel’s home or harassed him in any manner.

Angela R. Wateska, a township commissioner, told PGN she regretted not immediately challenging Abel for his comment. “I was mad at myself for not speaking out,” she said. “If it happens again, I’ll definitely speak out and stand up for whomever is being discriminated against at that time.” Wateska added that she admires Levine and wants everyone to feel safe and included in the township.

“I didn’t expect that,” Meyers said. “It took a couple of minutes to process [the comments]. I couldn’t believe he said it. I was dismayed I didn’t have time to comment and I apologize for that.”

Watestka and Meyers said they’re receptive to the possibility of enacting an LGBT-inclusive antibias ordinance in the township with a mechanism for enforcement. “I wouldn’t have a problem with it,” Meyers said.

Levine had no comment about Abel’s resignation, according to a spokesperson. 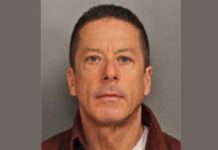 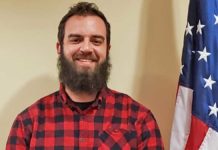