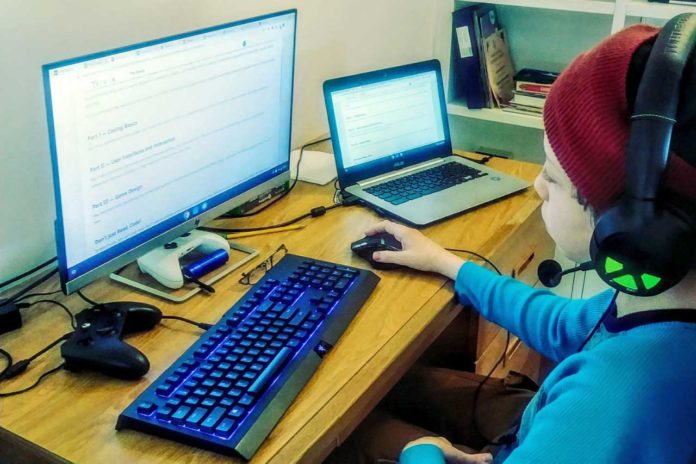 Last week, the Philadelphia School District announced that nonbinary and transgender students would now be able to make system-wide name and pronouns changes on the Google Classroom platform without parental consent. This change is due in part to classrooms having to go virtual in wake of COVID-19 and also to a policy adopted by the school district called Policy 252, which was adopted by the Philadelphia School District in June 2016 and “ensures safety, equity, and justice” for all trans and gender-nonconforming students.

Nick Palazzolo, who identifies as queer, is a teacher at Central High School in North Philadelphia, a four-year university preparatory magnet school. During his tenure, Palazzolo has taught numerous students who are trans, gender-nonconforming or nonbinary. Palazzolo explained that when one of these students logs into their virtual classroom, they might very well be confronted with their dead name.

The initial problem with their dead name appearing on Google Classroom may stem from the way in which the student went about notifying the school, said Palazzolo. “It depends on how [the student] made that change. If they did it at all levels, the change was made, and I assume that would have synced up with Google Classroom. For example, I had a student last year who had an initial name change that showed up in the system as a name in parentheses, like a nickname. And it took several months more before they fixed that so that their name was read correctly throughout the entire system.”

Maddie Luebbert, a nonbinary teacher at Kensington Health Sciences Academy, said that the experience of a student seeing their dead name on display for the entire class to read can not only lead to “mental and emotional anguish,” but could also out the student to their classmates. It was Luebbert, in fact, who first noticed this problem of display names on Google Classroom and decided to rectify this issue by bringing it to the attention of school board member, Mallory Lopez Fix.

On April 30, Luebbert had the opportunity to testify in front of the school board about this issue. “It was scary,” they said, “but I’m also someone who has spoken out about my experiences. Personal storytelling can make a really big difference for a lot of folks.”

“In terms of testifying,” continued Luebbert, “I wanted to be both thankful for Policy 252 but also wanted to ask the school district to step up and enforce it because there’s almost nothing in place to enforce the policy across the district. It’s pretty much up to individual principals or individual teachers and students to even point out that it exists.”

Luebbert’s testimony was met with good reception from the school board. “This is a big win not only because I was surprised and pleased that we presented an issue and they fixed it very quickly, but I think it also provides a great opportunity for people to know about Policy 252.”

Thanks in part to the policy and to advocates like Luebbert, the school district reminded the public that: “All students, even those under 18, have the right to change their name in our district’s student information system, and thus in all of our systems that receive data from the SIS, without parental consent, and without a court order.”

However, teachers are still not able to change their names within the online platform, as Luebbert explained. Teachers’ names reflect whatever name is included with their tax and payroll information. The challenge going forward, said Luebbert, is holding the school district accountable to the guidance outlined in Policy 252. “I think our district wants to be progressive, it’s just the day-to-day operations that are all over the place,” said Luebbert, but, “It’s a great moment for spreading awareness and letting students know what their rights are.”