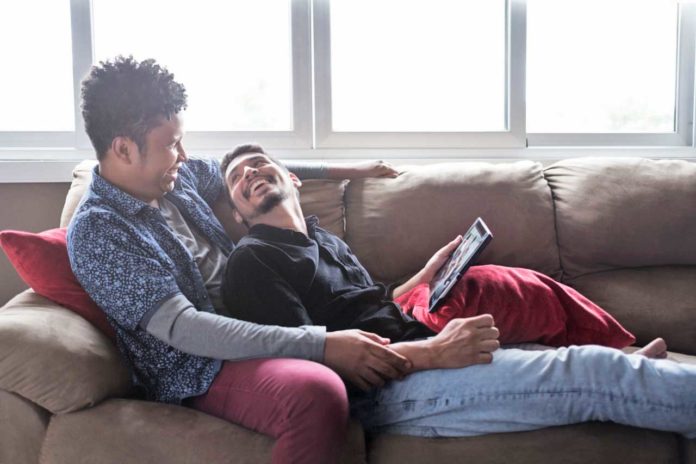 Dekkoo, a streaming service that provides the largest selection of film centered on gay men, is asking viewers to help four filmmakers of queer shorts earn some extra cash and maybe a little fame.

Dekkoo President Brian Sokel will present one filmmaker with the Dekkoo Jury award, for which the winner will receive $2,500 and the chance to direct a Dekkoo short film. The four filmmakers that receive the most audience comments on Dekkoo.com will receive the Audience Favorites award and $1,000. Winners will be announced on May 20.

The theme of the short film — five minutes or less in this case — competition, “Love and Distance,” included long-distance dating, relishing being home alone, experiencing heartbreak while practicing stay-at-home measures and flirting from a distance.

“We’ve been really thrilled because some [of the submissions] are just remarkable because they’re so positive,” Sokel told PGN. “You never know what you’re going to get, if you’re going to get these dark pictures or sad tales. Even the first one that came in had a real sense of humor –– it was funny, it was cute, and we were all thrilled by it.”

Sokel is from Philadelphia and has been working in film since 2003. The Dekkoo team received submissions from all over the world, including the U.S., U.K. and the Middle East, Sokel said.

The team decided to launch the challenge to inspire creativity and provide some funds to filmmakers who may be suffering financially due to the coronavirus pandemic. While the team works with established film companies like Lionsgate, it also works with small, independent filmmakers.

“We work with people who have shot one short film 10 years ago that played the smallest film festival,” Sokel said. “All they want to be able to do is let people see it in some kind of digital realm as opposed to it sitting on a tape somewhere at their desk. We felt like this was the best way to try to give something back to those creators who we appreciate so much and love working with.”

Sokel said saying a lot in a very short amount of time is the key to a good short film.

“It’s just that mystery and spark that happens in a short film, which is undeniably fun and exciting for us,” Sokel said. “It’s the same thing as when you read a William Carlos Williams poem –– he says a lot in like seven words. I think that’s the same thing with a short film when you see something that leaves you thinking and you realize, that was only five minutes.”

Sokel and his business partner initially started Dekkoo in 2015 after they recognized that existing platforms, like Netflix, weren’t streaming more under-the-radar films made by lesser-known producers.

“We realized that one of the areas that was really suffering was queer cinema,” Sokel said. “When doors were being closed for them, the filmmakers and the content were just not being bought anymore. We don’t care about [our content] having to have a billion views –– we want it to be something that when someone comes to our site, they see it and say, ‘Wow, I’m really stoked that I saw that.’”

For a subscription fee of $9.99 a month, Dekkoo — accessible internationally through iTunes, Roku, Google Play, Xbox and more — provides hundreds of features and series spanning the genres of comedy, drama and documentary, tailored specifically toward gay men.

“We thought we might fail if our goal was to try to cover the entire spectrum of the LGBTQ+ community because that, in itself, is such a wildly diverse universe,” Sokel said. “We just said, ‘We don’t want to make anybody feel excluded, but we want to make sure that the people who sign up for us know that everything that we do is dedicated [to] them, especially because it’s a niche streaming service.’”

More info about the film contest can be found at https://dekkoo.blog/2020/05/01/short-film-contest/  To browse Dekkoo content or subscribe, visit https://www.dekkoo.com