Within just 30 hours, Tavern on Camac (TOC) and Ubar’s GoFundMe campaign to raise money for out-of-work staff met their goal of $5,000. This campaign sparked similar efforts by other Gayborhood bars such as Tabu and Knock to launch their own fundraising campaigns. No campaign has been quite as successful as that of TOC and Ubar, so other establishments have had to get creative with food assistance and limited work opportunities to support their employees in wake of the COVID-19 crisis.

“Management has been incredibly supportive,” said Jason Evans, a bartender at Ubar, who, along with Evan Sorg, had the initial idea for the GoFundMe campaign. Sorg and Evans decided to launch the campaign right after TOC and Ubar had to close due to COVID-19. This was before citywide announcements that rent and utilities payments had been suspended, explained Evans, so the need seemed that much more pressing.

Evans was also full of gratitude for Ubar’s owner, Stephen Carlino, who owns TOC, The Tavern Restaurant and Otto’s Taproom under parent company, The Tavern Group. Evans explained that “Stephen is less like a boss and more like a dad.” Evans was happily surprised to see two weeks’ pay on his latest check along with the rest of the staff of The Tavern Group. One week was expected, explained Evans, but by the second week, all staff had been sent home. Despite having to close his establishments, Carlino, along with his management team, took it upon himself to pay his employees an average of their weekly earnings. Carlino also donated all shipments of perishable foods to his employees in hopes that both this and pay would help carry them through a financially difficult time.

Howard Nields, assistant general manager for Tabu, took Carlino’s generous efforts as inspiration to help support his staff. After Tabu closed its doors on March 11, Nields helped pass out perishable food items to his employees to help with costs during a time when paychecks have to stretch further than ever. Nields commented that Tabu owner, Jeff Sotland, is planning to bring in the kitchen staff to prepare the next shipment of perishable food and invite employees to come take some meals home —  in shifts, of course. Again, taking from TOC and Ubar’s example, one bartender launched a GoFundMe campaign to help Tabu’s staff. However, only a quarter of the goal has been reached in over a week.

Offering an explanation of why a place like Tabu might have a harder time raising money than TOC, Evans said: “We have a lot of regulars who have been regulars for years. Because of the size of Tabu, it may not work in their favor. It would be hard to get to know a bartender.” TOC and Ubar are smaller, more established joints in the Gayborhood. In fact, TOC is the oldest gay bar in the city — it started as a “gentleman’s club” called Maxine’s in the 1920s and changed hands multiple times but always retained its spirit as a gay bar.

Nevertheless, Nields makes it a point to reach out to his staff every week to see how everyone is faring. “They seem to be in good spirits,” said Nields, and he tries to give them fair warning on how long they have to wait to start work again. “I want to get paid, I want to go back to work,” continued Nields, “but nobody saw [the COVID-19 crisis] coming.” When Tabu does reopen, Nields foresees a night or two of people flooding the bars in celebration.  “But, the longer we’re out, the longer our customers are out of work,” said Nields, “Whether or not we’ll be able to sustain that [is still in question].” But, Tabu has promised to rehire all employees upon reopening.

Following TOC and Ubar’s model, employees at Knock also launched a GoFundMe campaign to benefit servers, bartenders, barbacks and kitchen crew. This campaign is, as of now, only $1,000 short of its $5,000 goal. Trevor Powell has been a bartender at Knock for nine years. Of Knock’s owner, Bill Wood, Powell said: “When we learned on March 16 that all non-essential businesses were to close their doors that same day, Bill flew up from home in Florida the following day to ensure that his staff would be taken care of during the closure. When it was no longer viable to remain open for take-out deliveries, the employees were permitted to take home as much food as they’d like from the kitchen. Bill has also been incredibly active in our fundraising efforts and has been calling his staff on a regular basis to offer support, check on our well-being, and provide us with updates. His concern goes beyond his staff, however, as he’s been checking in on our older LGBT customers as well, many of whom lack family and access to social support during this period of ‘social isolation’.”

Powell drew an interesting parallel between the COVID-19 crisis and one of the most destructive pandemics in recent history: “I think for many of our customers — particularly the older generations — his pandemic is very reminiscent of the AIDS crisis in the 1980s. As a bartender, I’ve been privy to some stories from that period, relayed by customers who recall widespread community empathy and care for their fellow LGBTQ members during that epidemic. I believe we’re witnessing some of that same support. I think many in the LGBTQ community also realize that, because most of these LGBT businesses are independently owned, they are particularly vulnerable to the financially-crippling effects of the COVID-19 Pandemic.”

Knock has also pledged to rehire all former employees once it reopens its doors to the public. Until that time, Powell said, “Our spirits are buoyed by the tremendous outpouring of support from our customers — many of whom have donated to our campaign and contacted us to check on our well-being.” 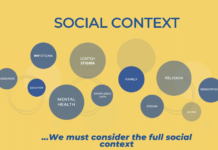 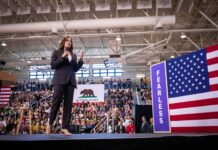