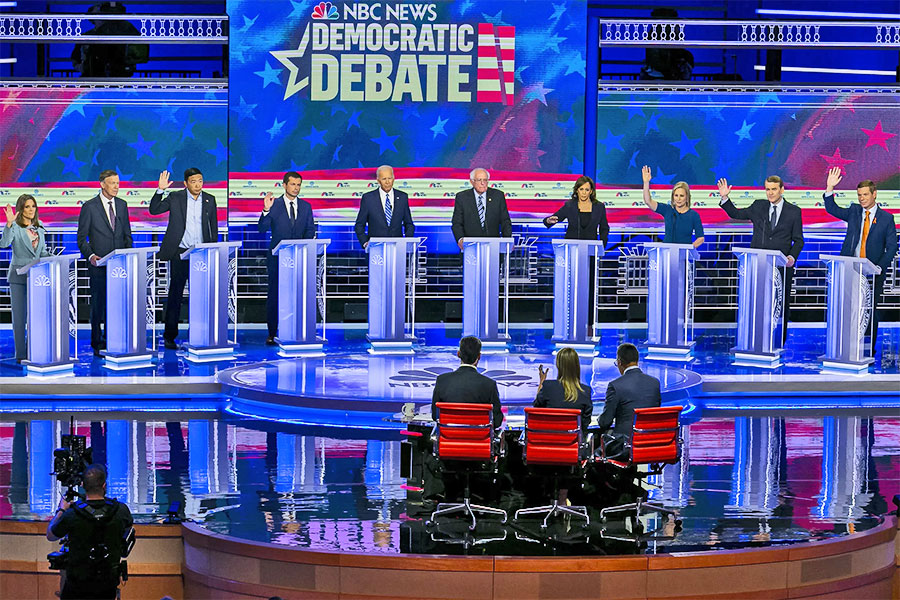 What a headline and maybe premature, but not given a major or several major mistakes at the debate this Sunday between Biden and Sanders. The people have voted, not the establishment, but the people. In my lifetime, we have never witnessed a candidate with no funds left and no campaign office in most states, not campaigning in some states, and no TV commercials win a landslide on Super Tuesday. Then he followed it up the Tuesday after with another landslide. All of this started with South Carolina’s African American vote, which led the way.

It takes 1991 delegate votes to win the nomination. After this week, Biden is up over Sanders by 150. By the end of next Tuesday, which looks like it could be a complete sweep in Florida, Illinois, Ohio and Arizona, Biden could lead by over 300 and will most likely pass the halfway mark with Sanders not able to catch up. Biden has literally hit the mark where Sanders stated whoever has the most votes going into the Convention should get the nomination.

What happened was the confluence of three issues. The one demographic that each state has is what is your reason for voting. Number one is, in a sense, stop the madness of what is coming from the White House. That message started in South Carolina, and the people looked at the candidates and said the man who can do that is Joe Biden. Then Sanders made his famous Fidel Castro statement, which likely lost him Florida’s vote next week and would lose the state in November. That one statement, along with a Democratic Socialism message during a time of crisis that Donald Trump has no control of, resulted in the voting public looking at someone who is calm, has been there before and would bring a steady hand. Put simply, the country wants to stop the madness and calm down. It doesn’t have time for a revolution in the middle of a pandemic.