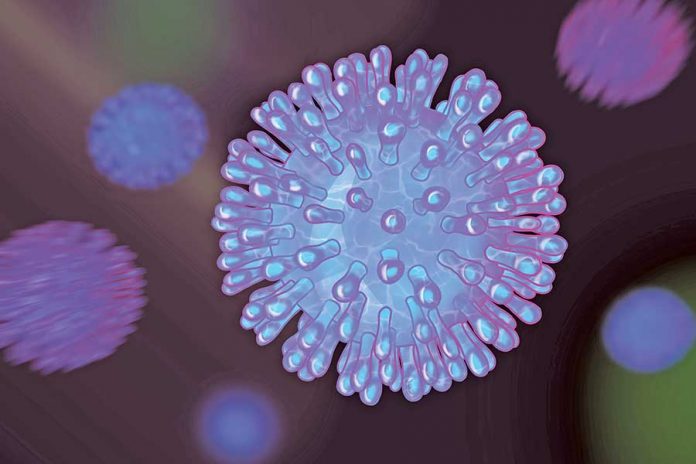 The Wistar Institute in Philadelphia is currently holding an HIV therapy trial, in collaboration with Philadelphia FIGHT and the University of Pennsylvania. The trial is part of the BEAT-HIV Delaney Collaboratory, a network of doctors and scientists dedicated to devising “the most effective way to combine immunotherapy regimens to cure HIV.”

Dr. Luis Montaner, D.V.M., D.Phil, the Herbert Kean, M.D., family professor and director of the HIV-1 Immunopathogenesis Laboratory at Wistar’s Vaccine and Immunotherapy Center, wants to know whether three immune-targeted HIV therapies will work in combination, the first time such a trial will be conducted. He and his colleagues will be testing interferon alpha in tandem with two anti-HIV broadly neutralizing antibodies or bNabs.

Montaner explained that these three therapies are combined because the antibodies can intensify the effect of the interferon, which in turn stimulates cells that can use the antibodies to find and kill HIV-infected cells.

“The antibodies can maintain suppression but they cannot kill the cells, whereas the interferon can kill the cells, but they may not be able to find them all,” Montaner said. “By putting them both together, you get a killing program and a finding program all at the same time.”

In order to obtain potential participants, Montaner is working with Dr. Pablo Tebas, director and principal investigator in the AIDS Clinical Trial Unit within Penn Medicine’s Division of Infectious Diseases, as well as with Dr. Karam Mounzer of Philadelphia FIGHT’s Jonathan Lax Center.

“The engagement between the Wistar Institute and Philadelphia FIGHT has been an integral component of our success as a group by joining communities, scientists and trials all at the same time,” said Montaner. “We could have the trial ideas, but if we don’t have community participants that can be committed to do these studies, then we wouldn’t have anything.”

The trial is currently open and Montaner and his team hope to recruit up to 21 participants.

In order for those who are HIV-positive to participate in the trial, they must be “stably suppressed under current antiretroviral therapy,” Montaner said. They must also first be tested to determine whether the active form of the virus is able to be suppressed by the two antibodies. Montaner expects to screen 150-200 patients at the most and will stop when he finds 21 willing participants.

If selected, participants must come in for regular evaluations over their nine-month trial. They also must go through medical procedures, as the antibodies are administered by an intravenous line. People who participate in these cure-directed trials have been referred to in the field as astronauts, Montaner said.

“They become highly selected within communities and basically venture out to see exactly what’s going to happen.”

“There are very few trials nationwide that open cure-directed initiatives for HIV,” Montaner said. “We happen to be at a point where we’re about to open one after a lot of deliberation, and a lot of attention will be placed on these 21 people because the expectation is that by joining these [chemicals] we will see first-combination effects.”

The antiretroviral therapies that are currently being used to treat HIV are combination treatments. When each component was tested separately, they were ineffective in suppressing the virus in the long term, Montaner explained.

“Once you put three together now you can stay on drugs for the rest of your life,” he said. “This concept of combination is one that we’re all very intrigued to find out what will happen.”

This breakthrough research in the field of HIV treatment is unique to the Wistar Institute. Over the last decade and a half, Philadelphia has played a significant role in participating in HIV therapy trials.

“All the interferon trials that preceded this one have primarily been done here in Philadelphia,” he said. “There have been at least three of them already, creating a justification for why we then look to combine it with something else.”

The current group of people participating in HIV cure-directed trials is doing so because previous generations of people living with the virus did the same to help medical professionals devise the current medications, Montaner pointed out.

“This is the state of the field,” Montaner said. “This is the next wave of information that will inform whether these strategies are a true path towards a cure.”

Those interested in participating in the trial can contact Ken Lynn, trial manager and RN, by phone at (215) 662-8217 or by email at [email protected].