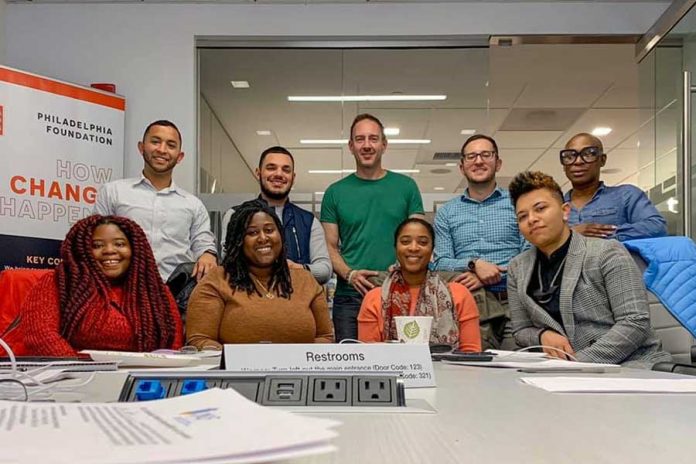 Change is ahead for the Delaware Valley Legacy Fund (DVLF). Executive Director Juan Franco resigned on Feb. 3, and on Feb. 10, DVLF — a funding organization for nonprofits supporting the emerging needs in the Greater Philadelphia LGBTQ+ community — announced five new members will join its board.

In a Facebook post, Franco said, “It is with a heavy heart, a sense of pride in what we’ve accomplished at DVLF since I stepped into the role of Executive Director in July 2018, and with resolve that I share with you the news of my resignation from my role at DVLF. It’s been a true honor to serve as the Executive Director of DVLF for the last year and a half and to have received the support from so many community members that was vital to my success, the organization’s success and its growth.”

DVLF Board President Fernando Gonzalez told PGN that Franco “has a lot of things going on, specifically with regard to a potential move across the country, as well as some opportunities that he has to go more into the direction of activism, rather than advocacy, which has always been up his alley. So that’s where I understand he’s going to focus his efforts as far as moving forward.”

Franco seemed to echo Gonzalez’s sentiments in his post when he wrote, “Please know that this is not good-bye. Rather, consider this my decision to take on a new role in our collective effort to help amplify our message of togetherness that is helping pave the way to developing more ways [to] support one another, learn from each other and heal as a community.”

Franco joined DVLF as executive director in 2018 after the departure of Samantha Giusti who stepped down to lead community-affairs efforts for IKEA USA. Before joining DVLF, Franco worked for Temple University’s School of Social Work on HIV prevention and communications strategies in the Latinx community and other marginalized communities. He also served as a navigation specialist at Mazzoni Center and as a congestive heart failure outreach worker and interpreter for Spanish-speaking patients at Temple University Hospital. When he was appointed, Gonzalez said his background in fundraising and relationship-building made him a great fit for DVLF.

Gonzalez said the search for Franco’s replacement will likely begin in March when a search committee is convened. According to Gonzalez, it will follow the same basic measures as the organization’s last executive director hiring, which included over 40 applicants, 8-10 in-person interviews, three to four interviews with the executive committee, and then finalist interviews with the board.

Despite losing an executive director, Gonzalez is looking forward to what’s next for DVLF.

“This actually comes at a time when we are taking new steps. As of last fall, we engaged with a consultant around building out a five-year plan, and it looks as though we’re going to have some final reporting as to what that strategic plan looks like by, I would say, April.”

He said Franco’s replacement will be able to come on board during the strategic plan’s first steps, take ownership of it, implement it and add energy and a fresh perspective.

“I’m really hoping that with the strategic plan, we will focus on endowment building as well as building out some programmatic work around some financial literacy programs in conjunction with other organizations in the city to not only foster philanthropy but also foster financial well-being for the LGBTQ community within the region,” said Gonzalez.

DVLF has made strides during the tenure of both Gonzalez and Franco. When he came on board, Gonzalez said his main goal was to “grow the board to look and feel very much like the community we serve. It did not frankly look like the community we serve when I came on, and I’m very proud of the growth that we’ve had.” He said board membership has increased from seven to 20, including the new board members announced this week. A board that was once made up of five white men and two Latinx men is now made up of 50 percent or more women and many more folks of color.

“I’m very excited about that,” Gonzalez said, “that we have so many different perspectives that are going to be driving our mission going forward.”

Gonzalez is the director of sales and expansion for the Seeby Group and a realtor with Keller Williams. She is also a member of the KW Agent Leadership Council and has served as the chair for the office’s Education Committee. She is a native of Miami, Florida and speaks Spanish fluently and is proficient in French.

Woodard, nominated by Franco, is the community health engagement coordinator of Mazzoni Center’s OUR Way Program that is operated by trans people with services designated for the trans community. She has also served as the project director of The Trans Equity Research Project at Temple University’s School of Social Work and is a well-known trans activist in Philadelphia.

Thornburg is the director of training and program development for the Mayor’s Office of Diversity and Inclusion. She is a diversity expert specializing in policy development, program design and comprehensive training on diversity and intersectionality. Formerly the interim deputy director of the Office of LGBT Affairs, Thornburg joined the board to stay closely involved in the LGBTQ community, according to Fernando Gonzalez.

Price is the managing associate for Drucker and Scaccetti, where she provides customized

tax consulting, planning and preparation services. She is an integral member of the firm’s Modern Family and LGBTQ Tax Consulting and Financial Planning Group and a founding member of the Independence Business Alliance’s Young Professionals Committee and is a member of the IBA Diversity and Inclusion Committee. She reached out to join DVLF’s board to enter a new and challenging venue for LGBTQ advocacy.

Tubbs is a returning board member who took a brief leave of absence. He is the director of the customer sales and service contact center at NJM Insurance Group in West Trenton, New Jersey. He brings extensive experience as a member of nonprofit boards in Upstate New York, including The Bridge which provides support to LGBTQ communities.

“We are thrilled to welcome such an incredible group of leaders to our organization, furthering our efforts to diversify our Board to reflect the diversity of our community,” said Gonzalez in a statement. “I believe their respective perspectives, skill-sets and leadership will amplify our efforts to foster philanthropy by and for our vibrant LGBTQ+ community.”

Gonzalez said with so much new afoot, DVLF is entering an exciting time, but Franco will be remembered. Gonzalez noted Franco’s legacy could live on for an extensive period of time in the city’s Community Leadership Pipeline initiative. DVLF and Franco partnered with Amber Hikes, the former executive director of the Office of LGBT Affairs and other organizations to train LGBTQ people of color, youth, trans folks and older adults about board service and match them with leadership positions at local nonprofits.

“Tekara Gainey was the board member that we brought on from that program,” said Gonzalez,  “and she’s been very invaluable to our board, especially around our grantmaking and outreach committee, of which she’s a part and has really had a very strong voice, not only in that committee but also at the board table.”

He said, “We’re very pleased with the result of that program and hope that it continues as a portion of Juan’s and Amber Hikes’ legacy, both of whom have moved on.”