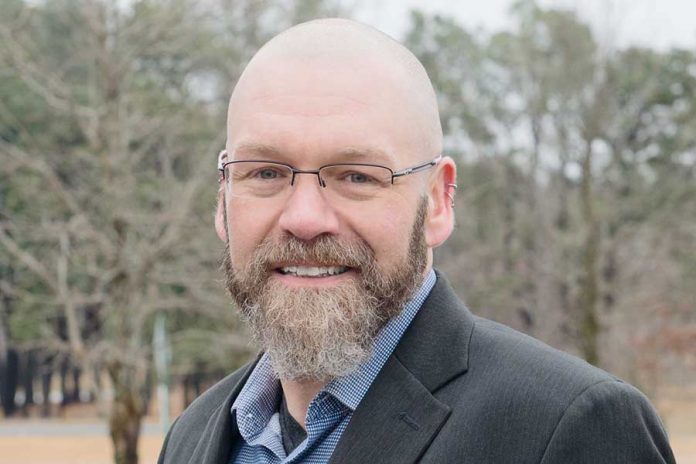 Eric Morrison, an openly gay candidate for Delaware State Representative, was endorsed by the LGBTQ Victory Fund earlier this month. He is running to represent the 27th district, which covers the area of Newark, Glasgow and Bear. If elected, he would be the first openly LGBTQ+ member in both the Delaware House and Senate.

“He could join Sarah McBride, who’s running for State Senate,” said Sean Meloy, senior political director of LGBTQ Victory Fund. “We could get our first openly elected LGBTQ person in both chambers in Delaware, which is something we’ve never done before. We’ve had someone who came out after they were elected, but we’ve never had someone who was out and proud and running as an openly LGBTQ person get elected.”

A lifelong Delawarean, Morrison said he learned the value of hard work from his lower-middle-class parents — his father worked as a laborer and his mother as a hospital registration clerk. He was the first person in his family to attend college and graduated from the University of Delaware Honors Program, having studied English and history.

He is running as a strong Democratic challenger against incumbent Earl Jaques, Jr., who, Morrison said, does not align with some basic Democratic convictions, such as supporting pro-choice legislation and same-sex marriage.

Jaques has held his position in Delaware’s House since 2010, when he defeated Republican nominee Jay Galloway. In 2018, Jaques did not participate in a vote to prohibit the use of conversion therapy. In 2017, he voted against authorizing abortions before the point of viability, and in 2013 Jaques voted against same-sex marriage. But in 2009, he sponsored a bill to add sexual orientation to Delaware antidiscriminatory laws. The bill excluded from the provisions religious corporations, associations or societies, except when the duties of employment pertained only to activities generating unrelated business taxable income and specified that employers would not be required to offer health, welfare, pension or other benefits to partners of their employees on an equal basis to those offered to employees’ spouses.

Along with LGBTQ rights and women’s reproductive rights, Morrison plans to support criminal justice reform, marijuana legalization, the expungement of records, campaign finance, elections and environmental protections. He feels honored to be endorsed by Victory Fund.

“It’s our first national endorsement,” Morrison said. “What really means a lot to me is that they don’t endorse just anyone because they’re LGBTQ, they look at your history of what you’ve done in your community in general, but particularly for the LGBTQ community.”

Victory Fund has worked for nearly two decades to elect openly LGBTQ people to local, state and federal government. They do not endorse every LGBTQ candidate who runs for office; in 2018, 712 LGBTQ candidates ran for office, but Victory Fund only endorsed about 274 of the candidates, Meloy pointed out.

The organization looks for three main factors when they consider candidates for endorsement: not only must the person openly be a member of the LGBTQ community, they need to have proven experience advocating for said community; they must believe in the basic right to privacy, including support for a woman’s right to choose; and they need to have established a feasible plan for how they’ll win the race, Meloy explained.

Morrison has indeed been very active in Delaware’s LGBTQ community. He was on the board of Delaware Pride for many years, serving as president for three and a half years. As part of the organization, he increased yearly attendance to about 2,000-3,000 people. He also raised a substantial amount of money for the organizations AIDS Delaware, the Rainbow Chorale of Delaware and Delaware Pride.

“He’s been involved in the community and been an activist for years, Meloy said. “We know that he’ll bring that same mentality to advocating for us.”

Morrison is very satisfied with how his campaign has been going thus far. “We couldn’t be happier,” he said.

He and his team have knocked on over 3,300 doors, made hundreds of phone calls to people in his district, raised more than $32,000 and engaged in community events. “As we talk to residents, we have been helping them with constituent services issues, which is something that’s part of the job, something that we’re doing already — filling in potholes, repaving roads, helping with expungement of records, helping seniors sign up for programs,” Morrison said. “I’m really proud of those things we’ve done.”