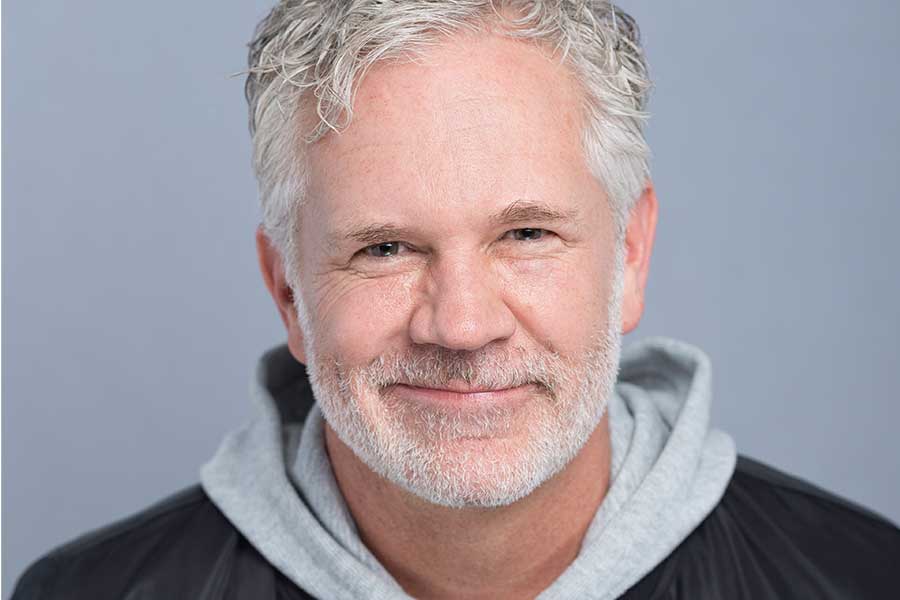 Back in March 2018, out gay actor-turned-filmmaker Gerald McCullouch premiered his documentary, “All Male, All Nude” — about the Atlanta strip club, Swinging Richards — at Philadelphia’s QFlix. Now McCullouch is back with the sequel, “All Male, All Nude: Johnsons,” about a Wilton Manors, Florida strip club that caters to gay men. The film is currently available on VOD and DVD.

McCullouch profiles owner Matt Colunga — a former Swinging Richard’s employee who now runs the titular establishment (and hopes to open a second). The guys who strip and sell fantasies are an engaging bunch. Evan, (aka Alexander), is a muscular guy who spends his days entertaining kids at children’s parties in a Spider-Man costume and nights in a g-string, entertaining men. Yankee is a Cuban artist who appreciates the opportunity stripping gave him to open a gallery. Sean, who claims he is shy, performs at the club but also does porn and escorts. In contrast, Eduardo (aka “Javi”) is an aspiring cosmetologist who talks about the tough side of the business.

In a recent phone interview, McCullouch spoke with PGN about his documentary, and the men who reveal themselves — and their bodies.

PGN: What prompted you to make a sequel to “All Male, All Nude?” What did you learn here that was nude, I mean, new?

GM: As in the first film, I wanted to celebrate this experience. People tend to have a negative connotation about strippers, and the life, and I kind of wanted to challenge that stereotype. Matt was a threshold into the story in the first film. He’s been stripping since he was 19. He has a heart of gold and a good head on his shoulders, and he’s been a father figure to these guys who work for him. The first film highlights this unique family unit these clubs engender, and this club also formed a family unit. That was intriguing. Plus, there are all these hot guys dancing.

PGN: Matt reveals some of the ways guys earn money connecting with clubgoers. How much of that is breaking the fantasy, or something patrons should not know? Does your film uncover too much?

GM: I don’t think it’s too much. I think when someone goes into a strip club, they’re choosing to play the game, so shedding light on the how-tos and technical aspect of their job (which is to make money) isn’t revealing too much. That’s why people are going. My job is to uncover that world, and you don’t usually hear owners or strippers talk about the business aspect of their job or revealing their business acumen.

PGN: How does stripping help these guys develop their self-esteem?

GM: Some of these guys have pasts, and where they’ve come from, they didn’t have a choice. [Stripping] is the easiest way for them to support themselves. Everyone does it for different reasons. Some do get lost in the lifestyle and fall into a trap in the nightlife. Some get a boost of self-esteem, and for some, it has a negative effect.

PGN: Most of the guys flash their privates in the film. Was that one of the criteria for the film — to get truth in titling?

GM: Exactly! That was a big concern of mine, and a conversation I had with Matt. If this is a second film, it is justifiable being about a not all-nude club? So, there was an obligation, and I had to take opportunities where I can get them. [McCullouch films Javi in the shower!]

PGN: Sean seems to be using his body as a means to make money — by any means. What do you think about his choices? Your film is not judgmental.

PGN: I loved Evan/Alexander. He’s adorable and charming, and he has a surprising backstory. What interested you about him?

GM: They all have unique lives, and I wanted to show the variety. I wanted to celebrate his work ethic. He’s a passionate, driven young man. He’s able to use this industry to his advantage. He looks a certain way and is a talented dancer. He does flips, and he wants to bring people happiness. I find it beautifully intriguing that he spends his days bringing happiness to kids and parents and then nights to a different clientele.

PGN: Now that you’ve made two docs on male strippers, would you ever dance?

GM: [Laughs]. I don’t think people would want to see me dance. I’m a better dancer with my clothes on.

Deep Inside Hollywood: Chalamet and Guadagnino finally get it together