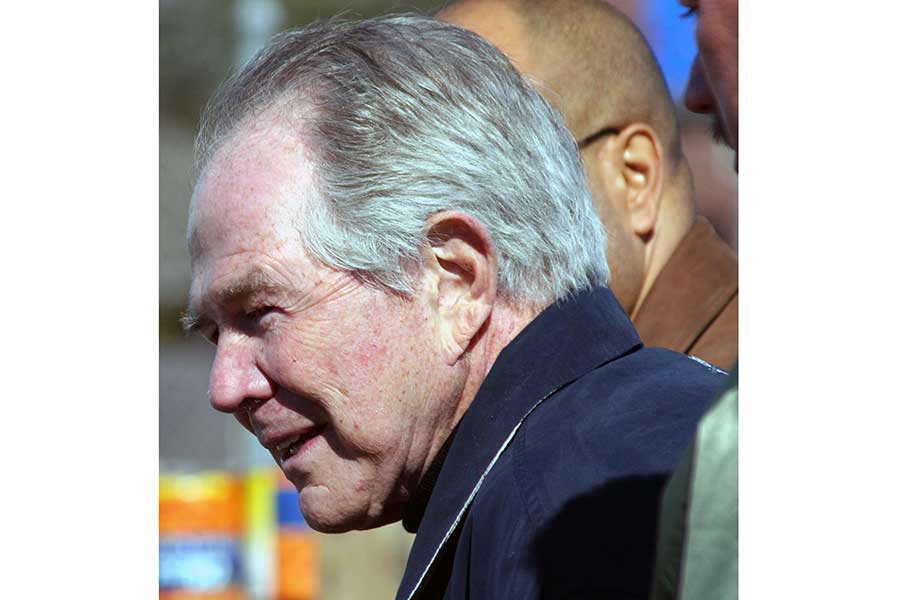 I also thought Pat Robertson had died. Or, I should clarify: I think of him as dead, as in dead to me, because he is a hateful bigot and is one of the grossest examples of performative Christianity.

So whenever Robertson is in the news I always think, “Jesus Christ, this guy again? Didn’t he die?”

Alas, he lives and hates. Let’s see, who is he mad at today? Oh, will you look at that. He’s mad at Donald Trump.

Whatever could have Trump done to anger Robertson? Well, Trump declared that we’re going to pull U.S. troops out of northern Syria, basically leaving the Kurds, who’ve been fighting against ISIS with us, to be obliterated by Turkish troops.

In other words, we told the Kurds, “Hey, help us. We’ve got your back.” And now Trump has basically told them to F off and die.

“Ladies and gentlemen I want to say, right now, I am absolutely appalled that the United States is going to betray those Democratic forces in Northern Syria, that we possibly are going to allow the Turkish to come in against the Kurds,” Robertson said on The 700 Club.

You hear that? Robertson is appalled. That’s pretty strong language.

“[He] is a thug. He has taken control of his country like a dictator,” Robertson continued. “He is in for himself.”

Oh, but now he definitely IS talking about Trump: “And the president who allowed Khashoggi to be cut in pieces without any repercussions whatsoever is now allowing the Christians and the Kurds to be massacred by the Turks.”

ICYMI: Jamal Khashoggi was an activist and Washington Post writer who was murdered by agents of the Saudi Arabian government. Trump’s response to this horror was to basically shrug. Because he is terrible at his job and at being a human.

So yeah, Robertson’s mad. But just look how mad: “I believe, and I want to say this with great solemnity,” he said. “The President of the United States is in danger of losing the mandate of Heaven if he permits this to happen.”

OK, OK, OK. Now, I’m no foreign policy expert (and, not incidentally, neither is Trump), but losing the mandate of heaven? Uh, this means that up until this point Robertson believed that Trump HAD the mandate from Heaven. That Trump was Heaven-sent. A gift from God, if you will. But I won’t. Not for a second.

Watching right-wing evangelicals hold up Trump as God’s gift to America has been one of the most disgusting things I’ve ever witnessed and is peak performative Christianity. It’s all a goddamn show. It’s been clear to me for years that these so-called Christians value their religion so long as it gives them the power to hurt the people they don’t approve of, like LGBTQ people and women seeking abortions, for example. And man, if the Trump presidency isn’t exposing these folks for the heartless, power-hungry cretins they are.

Robertson isn’t the only person mad at Trump over Syria. Sen. Lindsey Graham (R-SC). You know, the guy who tweeted on May 3, 2016, “If we nominate Trump, we will get destroyed … and we will deserve it.”

He’s not happy with Trump, but Graham’s Twitter feed mostly reads as “Trump is my friend and he likes me” fan fiction, so who cares what Graham thinks.

Especially when you consider how Trump clearly sees himself as a God, a delusion that his sycophant supporters no doubt fuel. In response to criticism Trump tweeted, “As I have stated strongly before, and just to reiterate, if Turkey does anything that I, in my great and unmatched wisdom, consider to be off limits, I will totally destroy and obliterate the Economy of Turkey.”

“In my great and unmatched wisdom?” What in the holy hell? I thought Christians were supposed to, like, turn to God or hit up Jesus for wisdom, or at least pretend they don’t think they themselves are the end all and be all of knowledge?

Then again, if you have Christian luminaries like Robertson declaring that you have the “mandate of Heaven” all while facing absolutely no consequences for anything you do, well, who could really blame you? Except for literally the majority of the world. 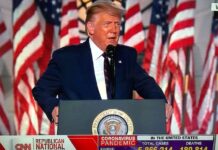