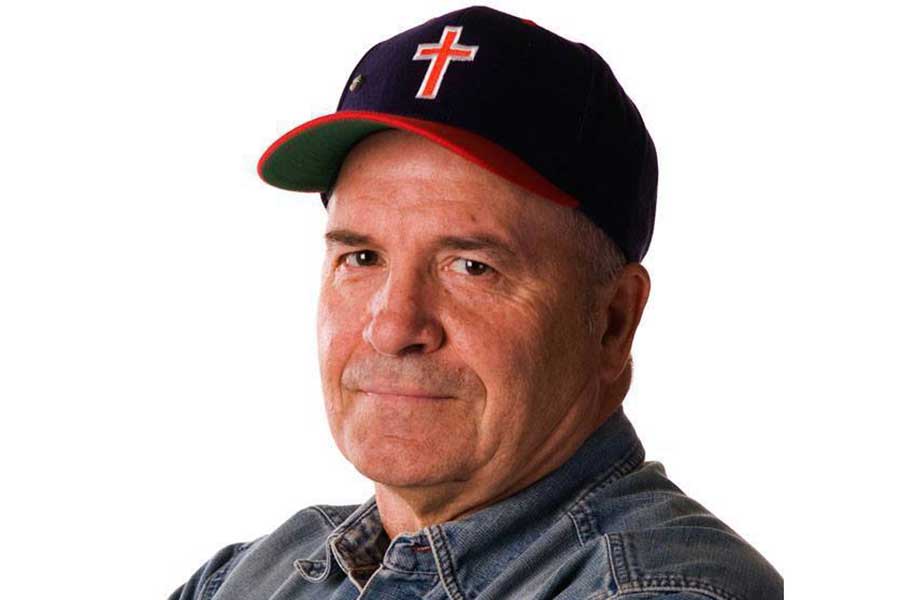 Let’s go on a journey to hell, shall we? I’ve found a portal that can take us directly there. Hat tip to Dave Daubenmire, former high school football coach and self-proclaimed “defender of the Christian faith,” for showing the way.

The way to hell, it turns out, is through Billie Eilish.

Now, I’m no longer in my 20s. Or my 30s for that matter. So I am not super familiar with Billie Eilish. In fact, when I saw that the cover of one of her records depicted a red ladder and Eilish wearing a red jumpsuit below said ladder with multiple chains around her neck, my first guess was that the album had a workplace safety theme.

But I know now that Eilish’s theme is the devil. Specifically, bringing children to the devil through her videos, which have millions of views on YouTube.

“[The devil] is out of the bottle and our children are watching it. You with me?” Daubenmire said during his Sept. 20 webcast. “The devil is stealing our children.”

The song and video “all the good girls go to hell” seems to have set off the alarm on Daubenmire’s Devil Detector.

A good question. Though Daubenmire’s webcast is done against a backdrop that looks like a full sports stadium so I am shocked, SHOCKED, to hear that he’s actually webcasting in his basement.

And, no, I don’t think that Eilish made these songs and videos in her basement, but hey, kids and technology these days, amirite? Anything is possible.

But back to the devil stuff. Daubenmire has some very, well, interesting theories about the souls of our children.

Woah. He got all of this from a Billie Eilish video? Also, Daubenmire says he’s pro-life but Jesus, dude: vaccinations are a GOOD THING that SAVE PEOPLE’S LIVES.

Then I watched the video for “all the good girls go to hell.” It begins with the image of Eilish’s bare back being stabbed with maybe a dozen syringes, after which she sprouts wings and falls from the sky and hits the ground really hard. If that’s what Daubenmire thinks vaccines do, well, no wonder he’s against them.

I watched the rest of the video, which consists of a weak and stumbling Eilish drenched in what looks like oil, dragging her wings behind her. Around her everything catches fire. Because, you know, hell.

I also watched the video for “when the party’s over” (she has plenty of others, but I don’t have time to sit around and watch music videos all day unlike some people), in which Eilish, dressed in white, consumes a glass of dark liquid that then pours out of her eyes like tears.

I’m not sure where this video fits into Daubenmire’s abort/drug/vaccinate/indoctrinate/library scenario.

What I do know is that I was promised a visit with the devil him/her/their self and instead what I got were some songs and videos by what is clearly a very talented young woman who likely doesn’t GAF what people like Daubenmire think about her.

“Folks, the assault on the American child is at an all-time fever pitch and those of us who carry the name of Christ, we are asleep in the light, baby,” Daubenmire warns.

I would agree that the “assault on the American child” is at an all-time high considering that just about every child in America just began yet another school year where active shooter drills are now considered business as usual in a country that has mass shooting after mass shooting and does absolutely fucking nothing to stop the next one.

Perhaps Eilish’s raw imagery and sorrowful lyrics are a response to growing up and living in these very times and so many young Americans are drawn to her art because it helps them make sense of a seemingly senseless world?

Or, you know, it could just be the devil beckoning kids to the nearest public library to be vaccinated with homo sex.