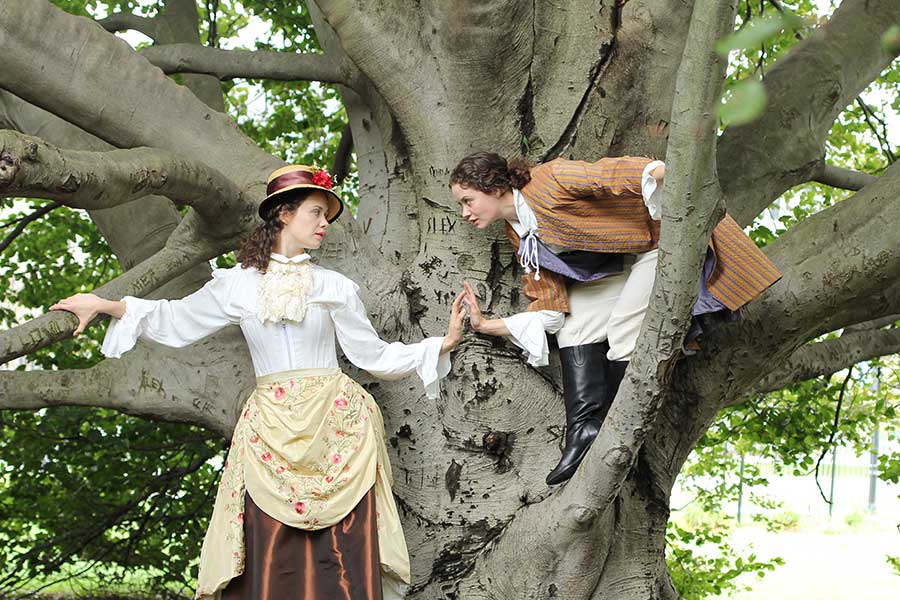 Villanova Theatre is kicking off its fall season with a stage adaptation of Virginia Woolf’s gender-bending epic, “Orlando.”

Based on Woolf’s 1928 novel and adapted for the stage by Sarah Ruhl, “Orlando” — running through Oct. 6 — tells the tale of a free-thinking nobleman, the titular character, who after awakening from a seven-day slumber finds himself transformed into a woman and has the ability to live for centuries without aging. In the new body, Orlando must navigate society and all of the changes of the years that lay ahead from a new perspective.

PGN talked to James Ijames, a Philadelphia based performer and playwright, as well as the director of this production, about bringing this almost century-old tale to the stage.

PGN: Are you updating this story or sticking with the original?

JI: I don’t think we’re updating the story, but I think the way we’re making it is a particularly 21st-century approach. It’s a very devised and collaborative way of working. Our understanding of gender and identity and how those things affect attraction and desire is a lot more sophisticated. So, in a lot of ways, the play feels ahead of its time. It feels relevant and really present tense. It doesn’t require a lot of pulling into the 21st century; I think it’s actually pulling us.

PGN: Do you think “Orlando” will mean something different in 2019 than when first published?

JI: When the novel came out, it was probably radical and very subversive and troubling to some people who were reading it. I think this play and this adaptation of the novel is going to be greeting a much more aware, thoughtful and evolved audience.

PGN: Do you think this production is still provocative?

JI: There will definitely people that will find this production provocative. We have actors who identify as male playing female characters and vice versa. And sometimes this is a difficult thing for some people to see. What my responsibility is as a director and an educator is to make sure the students have a clear understanding of what we’re doing and how we’re doing it and why it’s intentional. My hope is that extends out into the audience so that even if someone comes in with a closed mind, they can find their way through it.

PGN: Do you think this show will appeal equally to straight and queer audiences?

JI: That’s a tricky question for me. The themes of the play will appeal to queer audiences in a very specific and visceral way. I also think the play will resonate with straight people in a very specific way.  I’m interested as a theater maker in these horizontal conversations that audiences have even when they are not talking to each other about a piece of art.  My experience as a Black queer artist is going to be very different from a white queer cisgender female artist. Those experiences are going to be different, and yet there’s a sense that we should be having the same experience. I’m curious about how there are other ways to talk to as many people as possible while still staying true to this story that is undeniably an exploration of the queer experience at a moment in time.

PGN: At the end of the day is this a fun story to tell and work on?

JI: It is a lot of fun to do. I do think it is a hard world that we’re trying to create. We’re trying to tell this story together, and we’re figuring it out as we go along. That’s a difficult conceit that we’ve added on top of the play that will make it really exciting for the audience. But for us making it, it’s like putting together a large puzzle, but we’re having a great time figuring it all out.