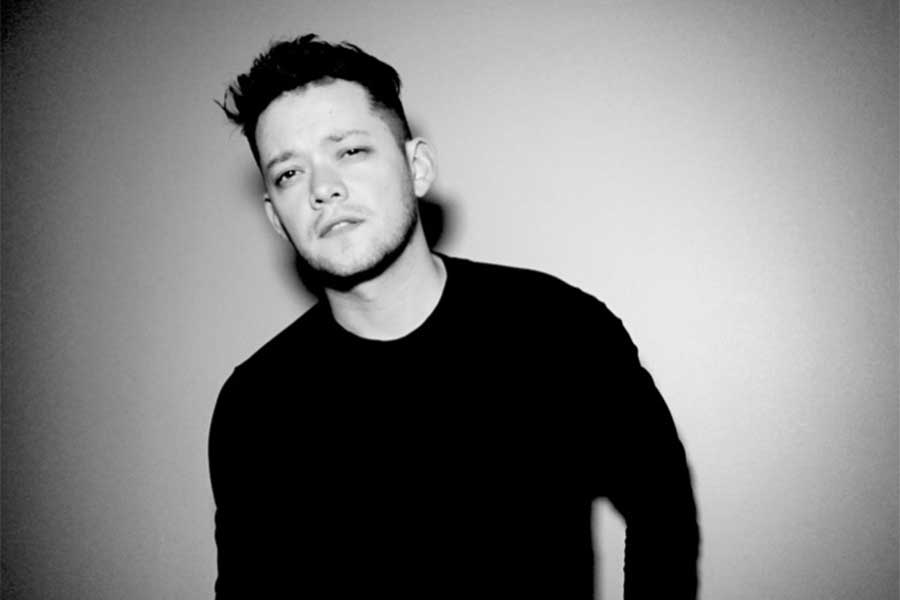 Perhaps unsurprisingly, it has remained a popular and often prescient property since it debuted on Broadway in 1998. The similarities between the show, which takes place in the first decade of the 20th century, and the current political climate will surely be on display when it opens the Arden Theatre Company’s season next week.

Those themes are also on the minds of out actors Robi Hager and Derrick Cobey, both Arden veterans returning for this production. Hager, a Broadway regular and recent Philadelphia transplant, plays Younger Brother, an idealistic child of privilege who becomes involved with anarchist politics. Cobey, recently seen on Broadway in a revival of “Kiss Me, Kate,” portrays the legendary educator and social leader Booker T. Washington

PGN spoke with Hager and Cobey about the show’s enduring messages of justice and equality. They also discussed their experiences as openly gay performers and what advice they would give to aspiring thespians.

PGN: You’ve both worked extensively in Philadelphia theater, but you’re not from here originally. How were you introduced to the local scene?

DC: My first show in Philadelphia was “Pacific Overtures” at the Arden in 2003. It was one of my first regional jobs out of school and my introduction to working with Terry [Nolen, Arden Theatre Company’s co-founder and artistic director]. I just remember loving the way he works, his specificity. It’s great to work in New York City, but you can’t always work in New York City. I love coming back here because Terry really digs into material.

RH: My first show here was “Next to Normal” at the Arden in 2012. My agent submitted me for the audition, and I didn’t know anything about the Arden — in fact, I’d never been to Philly at all until I did the show. I went to the audition and Terry was there, and he was great from the start. When I booked it, I came down and stayed at the actor housing in Old City, close to the theater, and it felt like a paid vacation. I agree with Derrick that working with Terry and working at the Arden is magical. He really listened to what we had to say and opened the door to our opinions. A lot of directors in New York don’t allow that or let you have opinions.

PGN: Now you’re back here in “Ragtime.” How does it feel to be working on this particular show at this point in time?

RH: It’s sad that it’s a timely show, because it really shows you how little we’ve advanced on respect for each other. We did a run two days ago for our designers, and, as we were watching the run take place, it was hard to see it in this environment where all these things are still happening today. There is still police brutality against Black people. In this show, we talk about how immigrant parents are afraid of being separated from their kids. Women’s rights are still an issue. A theme in the show is also educating immigrant children about what America is and what we want it to be, and for that reason, it’s great and hard to be doing this show at the same time.

DC: I agree. It’s history repeating, and the stuff we address in the show comes back around. Doing this production is interesting to me because seeing this show in high school is one of the reasons I went into musical theater. This is actually my sixth production of “Ragtime,” and what I love about this one is that Terry is willing to explore the nuances of the show. Most of the versions I’ve done have been the big, big, big versions, and what I’m really enjoying here is Terry really dissecting the moments and making them real and not hiding behind a lot of other stuff.

RH: There’s a line in the show where Tateh, one of the Jewish immigrants, says to Emma Goldman, “I’m making art. Leave me alone, I’m not interested in politics.” And Emma Goldman says that art is politics. That should always be the case. We’re in a very troublesome time in our country’s history, and we can’t rely on making art that’s just for entertainment purposes. Now is a time to create art that speaks to what is going on in the world. This show does that.

PGN: When did you start to think about the performing arts as a career?

DC: I started off as a gospel musician, a choir director and piano player, and that introduced me to the world of music. Then I went to Duke Ellington School of the Arts [Washington, D.C.] and studied opera performance. With opera, you have to learn these foreign languages and really know what you’re talking about. Finally, in my junior year of high school, we took a trip to New York, and one of the first shows we saw was “Show Boat.” That was very close to “Ragtime” in terms of being historical and dealing with important themes. I remember looking at the stage and thinking, I like to sing, I like to tell stories, and I like to act. I definitely like to move and dance. That’s what it is. I want to tell stories like this.

RH: It was early for me. I’m from Mexico originally, and my dad worked at one of the big TV networks as a musician. So I was somehow part of this entertainment world from the time I was young. I feel like I wanted to be a performer because I really didn’t know anything else. But my first professional gig was when the Radio City Christmas show came to Mexico City, and they added this whole Mexican Posada thing that happens during Christmas there, which is about reimagining the nativity. I was 13 at the time, and I was part of that. We moved to New York in 2000, when I was going into high school, and I started doing my school plays. That was really when I got fully into it. I knew I was good at it, and it was where I belonged.

PGN: How have you found the experience of being out in your careers?

RH: My brother is also gay, and he came out before me. He really built the path for me, big time. And doing “Spring Awakening” on Broadway really helped me come out. That show was my college. It was the first time I had the responsibility of paying my bills, getting to work on time, doing my job. On top of that, I found a piece of my identity with that show. I don’t have regrets at all about being out. I told my parents first because I knew that was going to be the hardest thing. Once I did that, I didn’t give a s–t about who else knew. I’m one of the lucky people who didn’t have it hard. But this business can be hard on gay people, on Black and Latino people, and that needs to be addressed more.

DC: When I started doing theater professionally, there were still a lot of leading men who wouldn’t come out. They thought it affected them getting hired. But strangely, I never was concerned about it. I am who I am, and my sexuality has nothing to do with what I bring to the job. I’m an actor, and I’m going to do my thing. That’s the way I approached it. Also right out of college, one of my first tours was “Rent.” That cast was diverse in terms of sexual orientation and ethnic backgrounds. It was a mix of everything, and it helped me to feel safe and be who I wanted to be.

Responses have been condensed and edited.“Ragtime” runs Sept. 19–Oct. 20 at the Arden Theatre Company in Old City. For tickets and information, please visit ardentheatre.org.