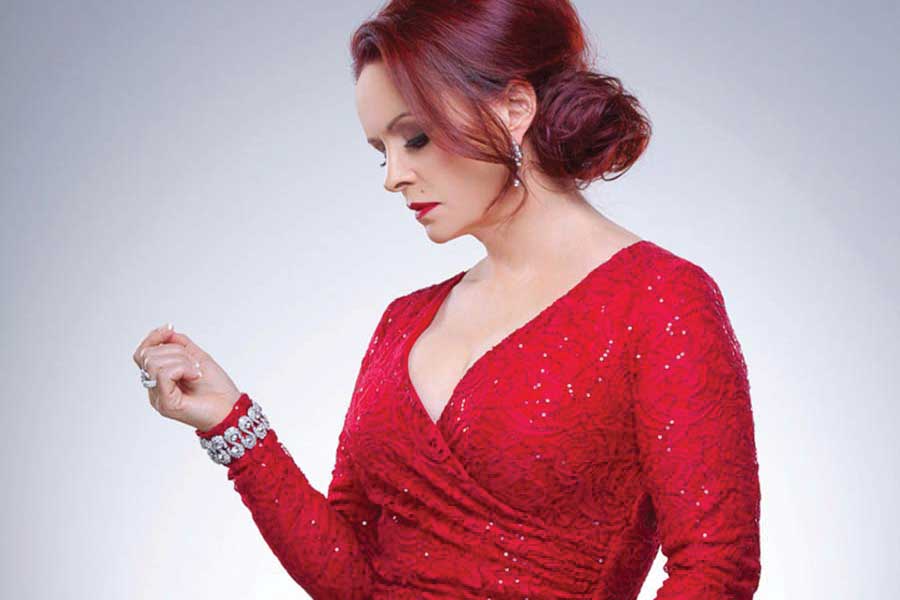 The Schultz-Hill Foundation is gearing up for its annual fundraiser, headlined this time by a favorite 1980s pop performer.

“We’ve Got Tonight: An Evening with Sheena Easton,” Aug. 23 at Resorts in Atlantic City, will celebrate the foundation’s 17th year — and with a big draw.

Easton may be unfamiliar to millennials but she was an ’80s megastar who, at age 60, remains active onstage and on the small screen.

The Scottish singer-songwriter and actor registered on American radar in the early ’80s with chart-topping pop song “9 to 5 (Morning Train),” James Bond theme “For Your Eyes Only” and duet “We’ve Got Tonight” with country star Kenny Rogers. She won the Grammy for Best New Artist in 1982.

The quintessential squeaky-clean pop star broke out of that mold by the mid-’80s with high-energy dance pop and R&B, including the hit “Strut” and the salacious “Sugar Walls,” written by Prince and banned in some markets for its suggestive sexual lyrics.

The controversy didn’t slow Easton’s success. She jumped into acting, appearing on TV shows like “Miami Vice” and “Highlander: The Series,” all while performing on world concert tours.

Gary Hill, who established the Schultz-Hill Foundation in 2002 with partner and fellow philanthropist John Schultz, described Easton as a consummate performer who still maintains a busy schedule between singing and acting.

“She just finished doing Tokyo, Japan and Manila. So now she’s flying back to the States to do some California and Florida dates, then she’ll be with us,” he said. “I believe we’re the only show she’s doing on the East Coast other than Connecticut.”

Hill said the money raised from this event will fund the nonprofit arts foundation, based in South Jersey, for the year and raise awareness for its various community efforts, including offering scholarships to students in the arts and free concerts for seniors and youth.

“This is the only [fundraising] event. We do one a year to fund all the programs. So we’re not out there asking every other day for money. It’s always a major entertainment event.”

Most of the foundation’s outreach and future plans involve LGBTQ-plus organizations, Hill added.

“We already support many gay causes through a charity we run. We’re looking at possibly doing some work with the Stockton University Safe Space. At the end of the year, we’re making a commitment to that Safe Space area, which we believe will be very beneficial to the LGBTQ community, particularly for educational purposes,” he said, describing Stockton’s Safe Zone Project, a series of workshops that address concerns, issues, misunderstandings and lack of information regarding the LGBTQIA-plus community.  “We’re very inclusive and diverse.”

For more information or tickets to the Schultz-Hill Foundation’s “We’ve Got Tonight: An Evening with Sheena Easton,” visit resortsac.com/entertainment/sheena-easton/.