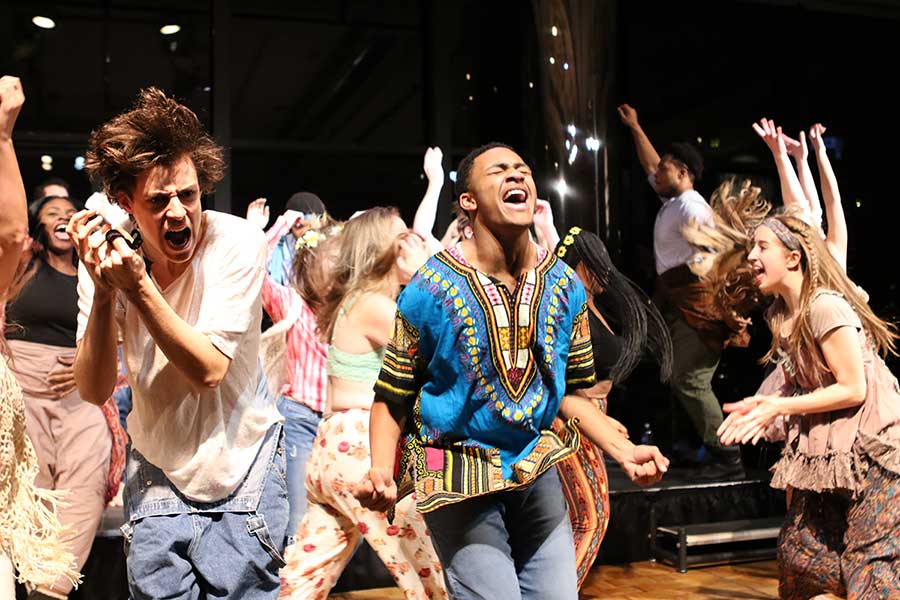 When Broadway Dreams brings its one-night-only “Philadelphia Dreamer” musical revue to Chestnut Street’s Mandell Theatre this weekend, it will do so with the force of stars from the Great White Way.

Alongside these stars will be the potential stars of tomorrow: the students of Broadway Dreams, who participated in a weeklong intensive program to prepare for this event.

The goal of the famed, NYC-based nonprofit is to give young actors and dancers the opportunity to build a foundation, self-confidence and showcase their talent alongside Broadway actors and in front of talent agents and casting directors.

Broadway Dreams boasts an esteemed list of LGBTQ actors and faculty members, including Alex Newell, Tyler Hanes, Nick Adams and Billy Porter. Since the organization’s inception in 2006, it has reached some 12,000 students globally, awarded at least $1 million in scholarships and paved the way for more than 50 students’ Broadway debuts, said creative director Drew Padrutt.

“I’ve seen how the program changes kids’ mindsets from ‘I have a dream but I don’t know where to begin’ to ‘All I have to do is show up and be myself’ in a remarkably short amount of time,” he said.

“Philadelphia has been an integral part of our yearly calendar since Broadway Dreams’ inception,” said Padrutt, adding that local students are often culled from high schools and other learning programs. “We’ve even taken part in the New Year’s Day Mummers Parade several times. Our main weeklong intensives tend to pick up steam as the summer moves along, and we tend to save our biggest cities — Philadelphia, New York and Charlotte — for later in the summer.”

Philly’s Aug. 10 culmination will explore what it means to go “unplugged” in the modern world. What happens when we free ourselves from technology and the 24-hour news cycle?

“That’s something this next generation of performers are only going to be dealing with more as time goes on,” noted Padrutt.

The performance is the fruit of seven days of labor by students and instructors. The process included song selection, casting roles and the numerous other elements involved in putting on a show.

“As you can imagine, it’s incredibly intense,” Padrutt said. “But it gives the kids a glimpse of the mania that goes on behind the curtain in an actual Broadway show.”

And audiences would be amazed at what the players can do in just one week, he added.

“I’ve been lucky enough to see many [performances], and I’m always struck by the intense amount of raw talent these kids possess. These are amateurs, and many of them are there on scholarships, who are just beginning to believe that ‘Yes, I can do this.’ This is an audience’s chance to see them at the very beginning of their Broadway journey.”

In 2018 alone, some 60 Broadway Dreams students landed roles on Broadway and on national tours of “Hamilton,” “SpongeBob SquarePants” and “Disney’s Frozen: The Musical,” among other blockbuster shows, Padrutt cited.

“If you’re a person who sees a lot of Broadway shows, whether in New York or on tour, you’re going to be seeing the future of the industry right before your eyes. What theatergoer doesn’t love that?”

“The Philadelphia Dreamer Showcase” will be held at 7 p.m. Aug. 10 at Mandell Theatre at Drexel University, 3220 Chestnut St. For tickets ($25) and more information, visit broadwaydreams.org.