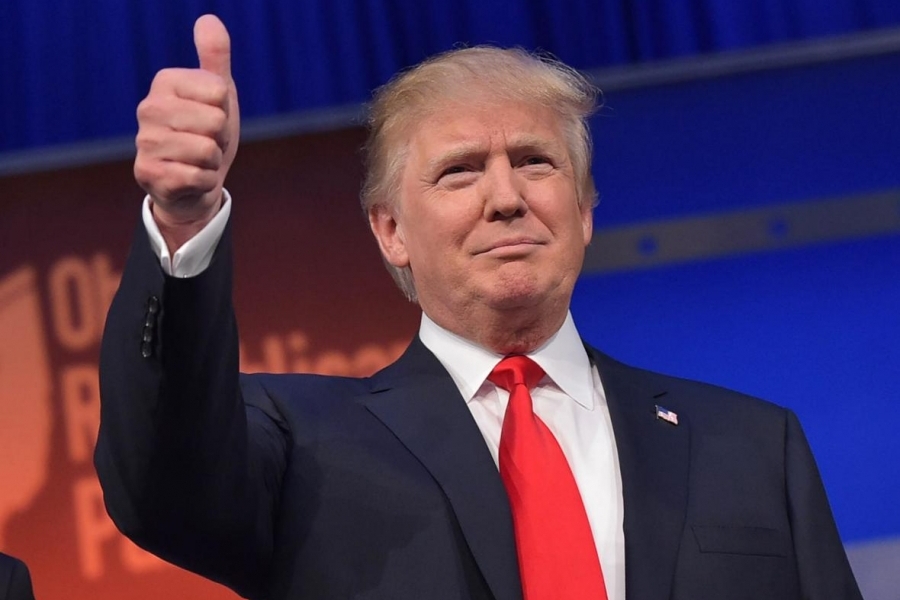 But to other racists, he’s the best of the best. For his supporters, hating Black and Brown people is a feature, not a bug.

But to everyone in this country who cares, or at least knows they should care, about racism, Trump’s latest comments were an undeniable racist bullhorn compared to his previous racist dog whistles, which, honestly, were not whistles at all but a hard frequency for some (white) people to hear.

I am referring, of course, to Trump tweeting that Reps. Rashida Tlaib (D-MI), Ilhan Omar (D-MN), Ayanna Pressley (D-MA) and Alexandria Ocasio-Cortez (D-NY) should go back to the countries they came from if they didn’t like what was happening in the U.S.

All four representatives are Democrats and are women of color who are very critical of Trump, which is very hard for him to take since he is both sexist and racist.

“So interesting to see ‘Progressive’ Democrat Congresswomen, who originally came from countries whose governments are a complete and total catastrophe, the worst, most corrupt and inept anywhere in the world,” Trump tweeted on July 14, “now loudly and viciously telling the people of the United States, the greatest and most powerful Nation on earth, how our government is to be run. Why don’t they go back and help fix the totally broken and crime infested places from which they came.”

OK. There’s a lot to unpack here. First of all, Tlaib, Omar, Pressley, and Ocasio-Cortez are all Americans and all of them were born in the U.S. with the exception of Ilhan Omar, who came to America as a refugee from Somalia. Secondly, white people telling Brown and Black people to “go back to your country” is textbook racism. And third, all four of these women were elected to the House of Representatives, a co-equal branch of the United States government, which means that telling the people of this country how they think the government should be run is not only their business, it’s literally their job.

One of the things that Tlaib, Omar, Pressley and Ocasio-Cortez have been critical of is Trump’s policy of separating families crossing the border and locking children up in cages. Trump and Pence, who visited detention centers and declared them fine and dandy, don’t understand what people are so upset about. Keep in mind that Omar lived for a number of years in a refugee camp after fleeing war before coming to America. So she knows a thing or two about how to treat refugees and immigrants.

The next day reporters asked Trump about his Tweets and Trump doubled down calling the women “communists” who hate America, love al-Qaida and hate Jews. Very on-brand for Trump who is essentially your right-wing uncle if your right-wing uncle lived in a golden palace and was the most powerful man in the world. This should absolutely scare the hell out of you.

The person Trump has singled out most in his racist rantings is Rep. Omar. She is Muslim, and she wears a hijab, and she is not taking any s—.

“This is a president who has overseen the most corrupt administration in our history,” Omar said addressing Trump’s racist attacks at a press conference. “To distract from that, he’s launching a blatantly racist attack on four duly elected members of the United States House of Representatives, all of whom are women of color.”

Tlaib, Pressley and Ocasio-Cortez stood beside her.

Omar continued, “He would love nothing more than to divide our country based on race, religion, gender, orientation or immigration status because this is the only way he knows how to prevent the solidarity of us working together across all of our differences.”

She is, of course, spot on. Divide and conquer is the only way Trump can win. He is wildly unpopular and the majority of Americans do not support his policies. He and his supporters love to hold up Omar as the face of dangerous leftists because she doesn’t look like them. In fact, the things that Omar supports, such as free college tuition, Medicare for all, a $15 minimum hourly wage and LGBTQ equality are much more popular than the things Trump supports such as building a wall to keep Brown people out of our country and caging babies.

It is easy to get discouraged and overwhelmed. But remember that saying, “The only thing necessary for the triumph of evil is for good people to do nothing.” Do something.