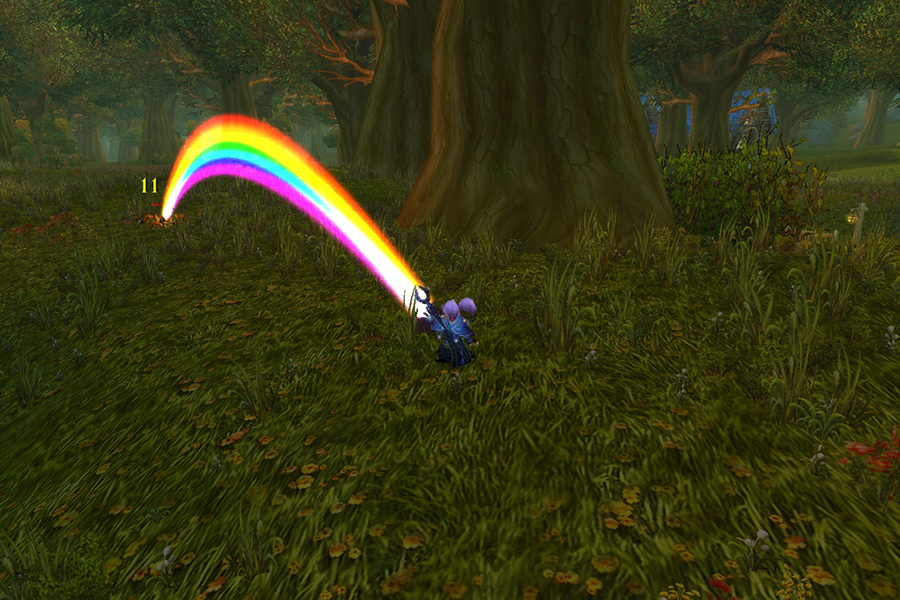 Researchers at England’s University of East Anglia discovered online virtual worlds can help the LGBTQ community and other social movements raise awareness and create a safe space for members, a new study shows.

The report followed an LGBTQ “guild” playing the video game World of Warcraft, in which users create characters to interact with other players. The team ventured away from the game’s intended objectives, instead using the virtual realm to host activities including an annual Pride parade, modeling competitions and dance parties. Members also communicated regularly with each other via online discussion forums.

As many as 7,800 people participated in the group during the 18-month study, making it the largest “special interest group” known to World of Warcraft, the study found. Around 15,000 virtual characters made up the guild, as players could have multiple avatars.

“This study provides some practical examples of how virtual worlds can act as a safe haven for social movements or to create awareness, for example for LGBT issues, within a broader gaming community,” McKenna said. “Many group members came from countries that do not support LGBT rights, so this was a safe space for them.”

To conduct the research, McKenna obtained permission from guild leaders to join the squad and participated in its social movement. The findings show how groups can use virtual technology to advance their unique causes, he said.

In an ordinary World of Warcraft game, players use spells to battle each other. But the LGBTQ team used the lighting effects to create an atmosphere during the parade and dance party, the study states.

McKenna also monitored how the group reacted to changes in the game made by its developers.

At one time, players rerouted the virtual Pride parade when its original path changed after a game update. Another instance arose when developers capped the number of players a guild could have, forcing the team to think of ways to keep the crew in existence without losing members.

“Different online communities could use these ideas, look at how the technology can be shaped for their causes,” McKenna said. “For organizations which operate within virtual worlds, these findings begin to shed light on the issues faced and suggests that they need to be willing to evolve if they want to continue operating in these environments, which may constantly be changing.”

As technology evolves, social groups may be able to use more advanced virtual or augmented reality platforms to make their statements, the study suggests.

Other social movements have similarly utilized World of Warcraft to raise awareness for issues including breast cancer, political rallies and environmental protests, according to a release.

“Insights from this study could provide the analytical tools necessary to understand how different technologies impact LGBT and other movements,” McKenna said.