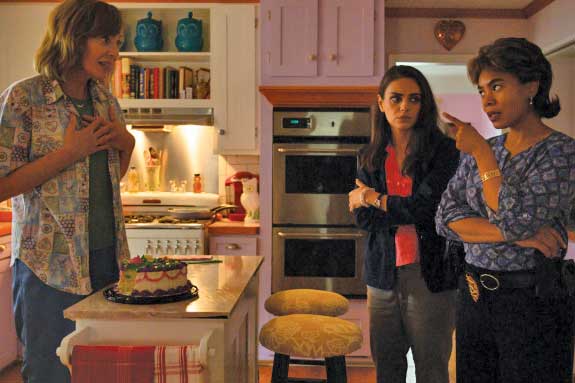 Feminist icon Gloria Steinem’s 2015 memoir titled “My Life On The Road” concerned her childhood, one that saw her moving from place to place, and how it informed her later life as a writer and an activist for women’s rights. Now that book will be a film from director Julie Taymor (“Frida,” “Across The Universe”) called “The Glorias: A Life on The Road.” No fewer than four actors will portray Steinem at various stages in life: Ryan Kiera Armstrong (Netflix’s “Anne”), Lulu Wilson (“Sharp Objects”), Alicia Vikander and Julianne Moore. And they’ll be joined by queer icon Janelle Monáe in a supporting role, as well as Timothy Hutton, Bette Midler and Lorraine Toussaint. Already wrapped, no release date has been set, but it’s exciting that a living, breathing heroine of modern civil rights is getting the biopic treatment. And of course these kinds of films carry with them the familiar feeling of awards season, which means it’s going to be Feminist Christmas this year. Or next.

Netflix decided to show its subscribers the closing night performance of Broadway’s heartwarming queer musical “Prom,” later this summer. And now the movie adaptation is in the works also from, who else, Ryan Murphy, king of all things high school and singing. Oh, and he has stars: Meryl Streep, James Corden, Nicole Kidman, Ariana Grande, Awkwafina, Keegan-Michael Key and Andrew Rannells, for starters, with a casting call on to fill the role of teenage lesbian Emma, whose one wish is to bring her girlfriend to the prom. This one has a timeline in place, a late 2020 theatrical release for awards consideration, and you know La Streep will not rest until she gets an Oscar for super-singing in a musical comedy. So it’s pretty much on.

The women of “Breaking News In Yuba County”

A woman catches her husband in bed with another woman. He dies of a heart attack at that same moment. She buries his body — as one does — and basks in the glow of the local news and the glamour of being the performatively worried spouse of a missing husband. What could go wrong? You’ll find out in “Breaking News In Yuba County,” the latest from director Tate Taylor (“Ma,” “The Help”). It stars Awkwafina, Mila Kunis, Ellen Barkin, Regina Hall, Juliette Lewis, Allison Janney, Samira Wiley, Wanda Sykes and Bridget Everett, to name a couple handfuls of talented women. And while it’s not clear if this story is going to be played for “Gone Girl”-esque thriller potential or “9 to 5”-style wacky comedy, look for it to break into theaters in 2020.

If you’re a horror movie addict, you already spend too much time streaming films on Shudder. And now that Shudder has proven themselves as producers of very cool stuff like “Horror Noire: A History of Black Horror” — a documentary that shined its light on a neglected area of the horror film story — they’re coming back around with a similar film about queer horror. Writer-director Sam Wineman is in production of an untitled feature that will “explore the complex, fascinating history of queer horror on film,” from James Whale (“Bride of Frankenstein”), Clive Barker and many others. And it’s not going to shy away — how could it — from the history of problematic and coded queer characters in horror films such as “A Nightmare on Elm Street 2: Freddy’s Revenge,” “Sleepaway Camp” and “High Tension.” It’s coming to get you in 2020.

Romeo San Vicente knows that Pamela Voorhees was the hero of “Friday the 13th.” 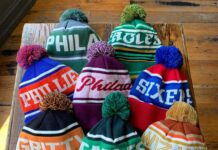