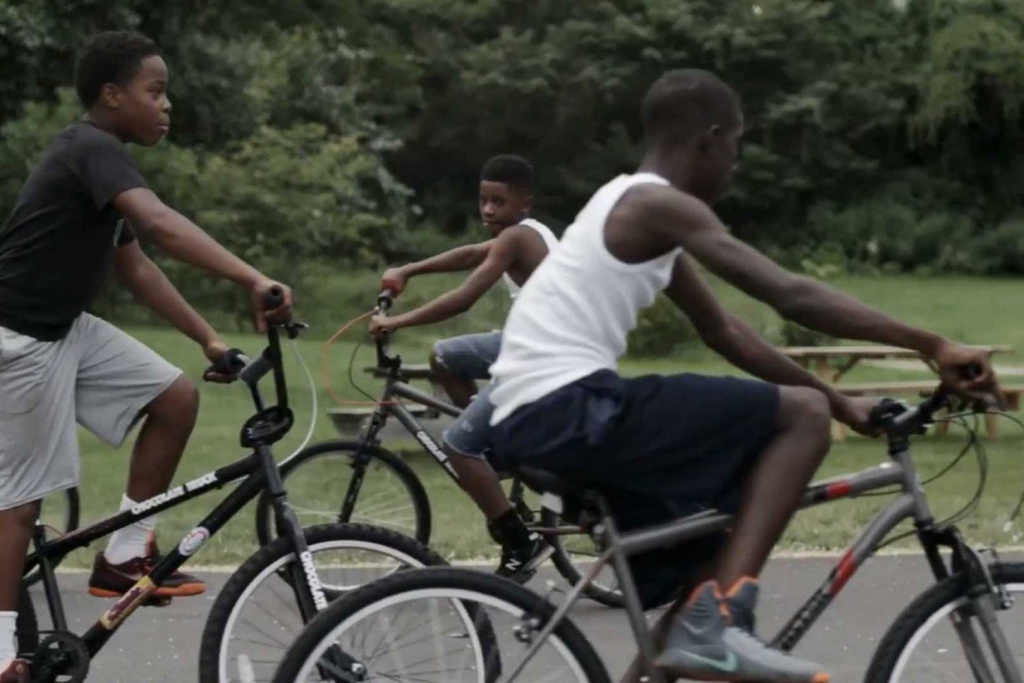 Though it won an Oscar for best picture, “Moonlight” did not spur the massive sea change of accessible and artful queer- and POC-driven cinema one might expect.

All three share themes of place and belonging, from reimagining an abandoned park in “Squirrel Hill Falls,” to the portrayal of displacement of residents near Bartram’s Gardens in “Witness,” to vivid, visionary Afrofuturism seen in “Recurrence Plot.”

As Scribe’s communications and outreach coordinator Kristal Sotomayor said, the films are “made by filmmakers of underrepresented backgrounds that reimagine location, time and identity.”

Borne from a fruitful series of classes on immersive media, Storyville emerged as a showcase highlighting the talent that was unearthed and fostered there.

“The important thing with filmmaking is that it’s a tool for preserving memory and story. Queer and POC folks can use [film] to decolonize stories that don’t center them. Film allows underrepresented people to take hold of a camera to tell stories that more accurately and portray the vaster reality that we live in,” said Sotomayor.

Holding true to that creedo is “Witness,” a sprawling, beautiful panorama. Alarcón shows the splendor of black life in the Bartram’s Gardens area, a neighborhood incrementally undergoing gentrification, in a slowly unveiling tapestry that combines Terrence Malikian strokes of dreaminess with the immediacy of a griot. In the film, black children read poetry, play drums, ride and feed horses and enter spaces on screen where they often aren’t imagined to exist.

When asked about her use of abstraction and avant-garde film techniques, Alarcón said, “I think that the documentary form needs to be decommercialized in general, and I think that Black and Brown communities more specifically do need to be able to see themselves in all of our messy, beautiful possibility, in thoughtful ways, led by Black and Brown filmmakers. We need to be able to dream outside of the paradigms set before us, and how can we do that when respectability politics says what we should be striving for and how? My goal and drive right now is to make cinematic art for people of color, by people of color that is not aimed at or for white audiences, and is, in fact, excluded from majority white spaces, on purpose, purposefully. I’m still working through what that means and looks like, and of course there has always been a Black Cinema and Black Theater outside of mainstream circuits that have been successful on their own terms and in their own rights. I think it needs to continue and I think I have a unique voice to bring to the conversation.”

Brashear’s “Squirrel Hill Falls” is described by Storyville as “Part history of this gated community space and part story of an enchanted park figuring out who they are. “Recurrence Plot” is “the story of a crystal, memory-storing bracelet that transports a young mother back to the day of her own mother’s death,” according to Scribe.

The cinematic palate for the series is far-reaching, but the ideas at the heart of these experimental short films are connected through theme, means and medium.

“For film making, it’s hard to get funding. Every stage is a battle, and art is not valued as much. Where a lot of theaters show art house and Hollywood films, rarely do they give space to small films,” Sotomayor explained. With Storyville, Scribe aims to break that cycle and start a new one, not just by highlighting films, but also by helping cultivate the tools to sustain these productions.