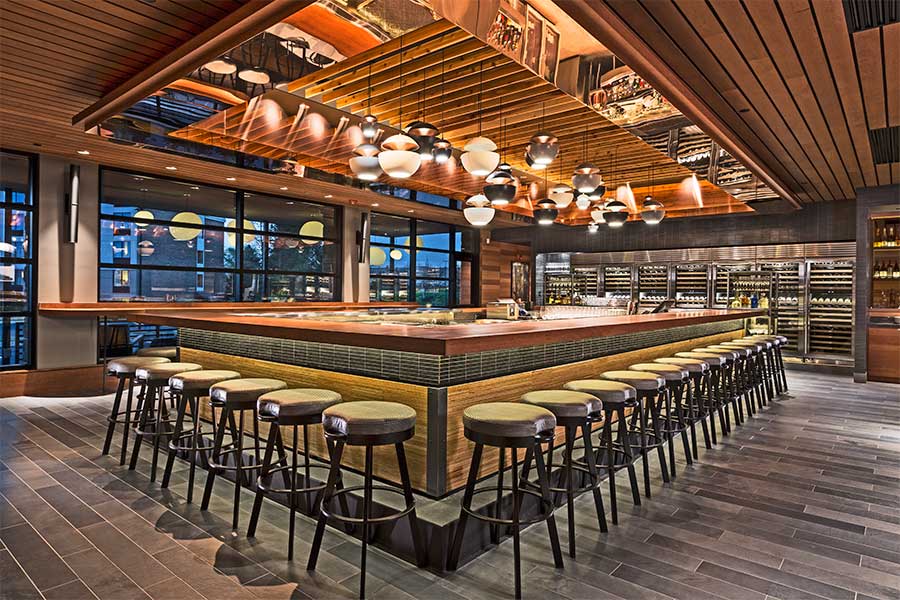 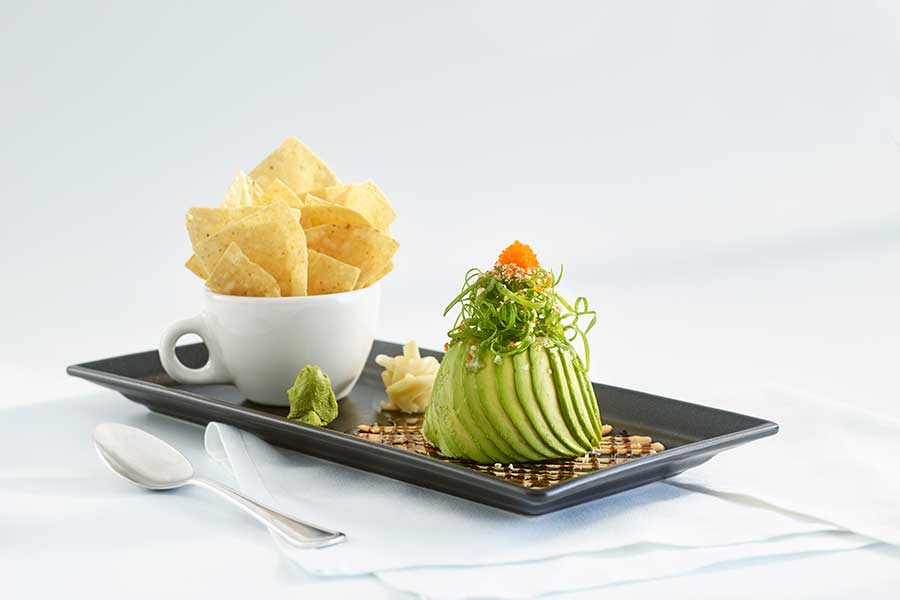 We generally are lured out to King of Prussia to sample its culinary offerings in places that serve upscale comfort dishes in massive and visually stunning, expertly decorated spaces.

The menu aims straight for the carnivore heart of mainstream American tastes, with a detour into sushi to keep things eclectic. The sushi offerings deliver a nice complexity, especially the avocado bomb ($13), served with house-made tortilla chips. It resembles a deconstructed guacamole, making it as much fun to explore the layers as it is to eat it.

This is a recurring theme to the chain’s modus operandi: Go big and over the top. Sometimes, though, too much is really too much. The deviled eggs ($8), while visually impressive with a mountain of filling topped with candied bacon, result in overkill. There is simply too much of the dense and under-seasoned filling, which ends up drowning out a lot of what the candied bacon brings to the dish.

On the other hand, another starter that looked unassuming, but really knocked it out of the park was the spinach con queso ($10). had the ideal level of spice, flavor and fresh-tasting elements, thanks largely to the spinach and the lively pico de gallo. We could not stop eating it.

On the entrée side of the menu, big and bold is the order of the day. The jumbo fried shrimp ($26) were gigantic, prehistoric brontosaurus prawns fried to exquisite perfection.

Another winner was the “Not Your Ordinary Mac and Cheese” ($5 as a side dish). Every other restaurant from here to New Orleans has mac and cheese on its menu. And all think theirs is the best on the block, especially if they see fit to spike the comfort dish with lobster (boring). For the most part, 99 percent of them are just OK. Well, J. Alexander’s is definitely one of the top three mac-and-cheese dishes in the Greater Philadelphia area. It was perfectly seasoned with fine chopped and fragrant onions, then topped with a crunchy layer of buttery bread crumbs. It’s not rocket science, but J. Alexander’s has stuck the landing where a lot of other places haven’t.

If you have any room left, stick around for dessert. J. Alexander’s key lime pie ($8), sliced in large portions and topped with silky whipped cream, is downright heavenly.

Yes, it’s a chain restaurant. Yes, it’s a trek. But J. Alexander’s has more than enough culinary tricks up its sleeve to make it worth your time and energy.