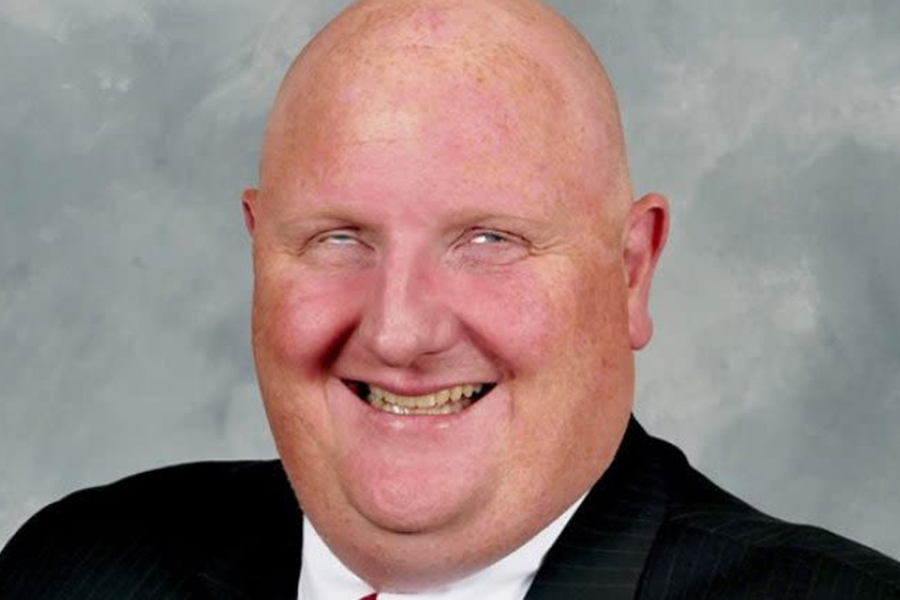 Eric Porterfield is blind, literally. According to his website, Blind Faith Ministries, he lost his eyesight in 2006.

But Porterfield is also figuratively blind in that he apparently is either ignorant of, or refuses to see, the horrifically violent racism perpetuated thought history by the Ku Klux Klan.

Let me back up. Porterfield is a Republican delegate in West Virginia. During a Feb. 6 committee meeting, according to the Charleston Gazette-Mail, he “went into an extended diatribe supporting legislation that would have enabled LGBT-discrimination in cities that have passed ordinances expressly criminalizing it.”

So, spoiler alert — Porterfield doesn’t like gay people. He definitely wants to see LGBTQ people discriminated against and wants that discrimination to be legal.

His reasoning, however, is pretty ignorant.

“The LGBT is the most socialist group in this country,” he said on Feb. 6. “They do not protect gays. There are many gays they persecute if they do not line up with their social ideology.”

First of all, I’m pretty sure he doesn’t know what “socialist” means. Even as a member of “the LGBT,” I don’t understand to what he’s referring.

Secondly, his claim that “the LGBT” doesn’t protect gays is odd. First of all, it’s not like he wants gays protected.

Thirdly, his proof of gay-on-gay persecution is Milo Yiannopoulos, a right-wing provocateur who is an enemy to the equality and justice that LGBTQ people want and deserve.

Porterfield pointed out that when Yiannopoulos went on tour, “the LGBT” stormed that building and did $200,000 worth of damage because they didn’t like Yiannopoulos’ ideology. He is apparently referencing a protest in 2017 at the University of California, Berkeley, though reports I have read put the damage at half that.

Porterfield then said, “We cannot allow discriminatory bigots to determine how our citizens are going to live.” Oh, the irony.

People were upset about Porterfield’s anti-LGBTQ comments and West Virginia Democrats called him out. Thankfully, Porterfield was able to talk to the Charleston Gazette-Mail on Feb. 8 and smooth everything over.

“The LGBTQ is a modern-day version of the Ku Klux Klan without wearing hoods with their antics of hate,” Porterfield said, adding that gays were a “terrorist group” who were persecuting him.

There are many things wrong with this, but let’s start at the obvious. Porterfield, a white man and speaks of the KKK as if they are a thing of the past. Not only does the KKK still exist, but the white supremacy that fueled their terrorism against black people in America is currently shared by the president of the United States.

The reign of racist terror in the United States never went away. Yes, cross burnings are a rare occurrence now, but racism has morphed into a more institutional framework that systematically oppresses people of color. White people don’t have to live with this day-to-day, and thus many don’t see it. Even “woke” white people are often oblivious to how long tentacles of racism are.

The KKK were, and are, terrorists. Full stop. They murdered black people and drove them out of cities and neighborhoods. They burned churches. Calling LGBTQ people equivalent in any way to the KKK is nonsense. LGBTQ people are not murdering people who don’t agree that we deserve full and equal protection under the law. This comparison both demonizes LGBTQ people and minimizes the KKK’s past and present history as a terrorist group.

Porterfield posted on Twitter that since his comments, “members of the LGBTQ have exercised hate crimes and threatened my safety.”

I do not condone threats or acts of violence, but please spare me the “LGBTQ people are so intolerant of my intolerance” act. When an official in power threatens to hurt LGBTQ people with legislation that would strip them of their rights or block their access to rights, that official always seems to be surprised that LGBTQ people might react to that in a negative way. That some would even resort to posting nasty things on the internet or to name-calling. The audacity!

I have read comments online that attack Porterfield for being blind and for being overweight. These comments are dumb. What he looks like and what his physical disabilities happen to be have nothing to do with his ignorant and hateful attitudes toward LGBTQ people. There is no reason to meet his bigotry with ableism or sizeism.

You want to attack Porterfield? Then attack him at the ballot box. Support his challenger in the next election. Support Fairness West Virginia at fairnesswv.org, or the state’s ACLU organization at acluwv.org. Join like-minded voters and work to elect people who not only understand the difference between “LGBTQ” and “KKK,” but understand why it really, really matters.