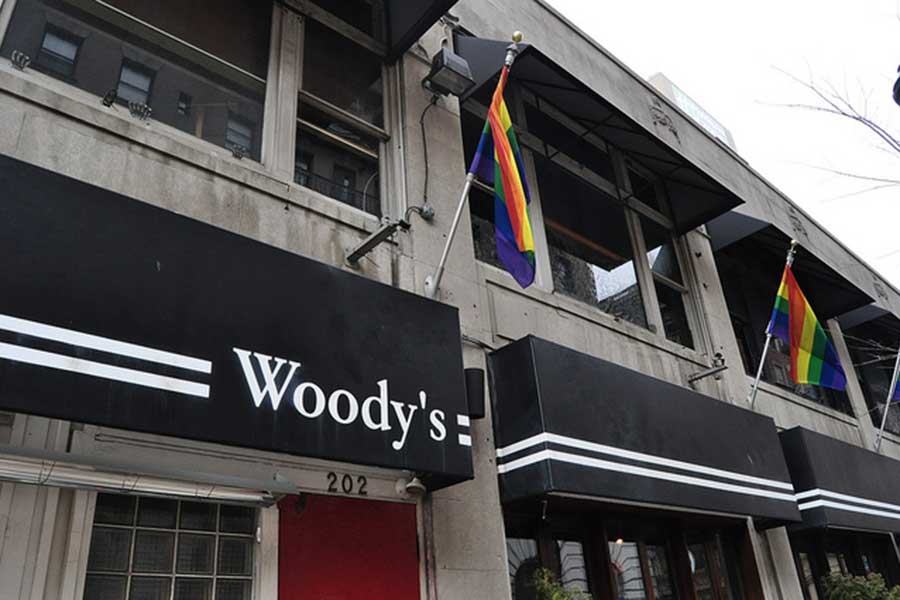 A threat to “shoot up” Woody’s and Voyeur Nightclub is leaving community members questioning their safety while they enjoy the Gayborhood’s night life.

A screenshot of a text message about the threat from an unknown sender was shared on various social-media sites Nov. 15. The message, in part, read: “I just got a call from my cop cousin saying they received intel about a white male [who said] he was going to shoot up Woody’s or Voyeur. He used the term ‘mass shooting.’”

The Philadelphia Police Department notified Woody’s management Nov. 12 that a patron reported the threat — made by his ex-boyfriend — to the Central Detectives Unit.

The suspect, 22, was a regular at Woody’s and Voyeur who was banned from both establishments for “rude, disruptive and inappropriate behavior,” according to a joint Facebook post Nov. 16 by both bars.

The Facebook post also mentioned that Woody’s management team was working with the PPD and Homeland Security and “determined through a preliminary investigation that the individual in question was not in possession of firearms … and was not an immediate threat to the community.”

No arrests were made.

After being notified of the threat, Woody’s and Voyeur closed Nov. 12 to “ensure the safety of customers and staff,” the statement said. Both establishments reopened the next day following extensive police surveillance of the 13th Street corridor. Undercover police officers were also on patrol in the area.

“In such uncertain times, you wouldn’t think a threat would come from a member of our community, but now the unthinkable has happened. A hollow threat was made by a former customer and it’s spreading through social media,” the Woody’s and Voyeur joint statement read.

Jesse Cohen, an attorney who represents Woody’s, told PGN that the bars have always had significant security and police surveillance. “People may not see it, but it’s always there. That’s always been the case and is not a result of this incident.For years now, there has been close cooperation with the owners of both establishments and the Philadelphia Police Department. We’ve regularly worked with the officers and captain of that district for the security of patrons. Security is taken care of by a private security firm and a significant number of private security personnel are always on site before, during and after operating hours.”

Cohen said that since the threat was made public, “there [hasn’t] been any significant change” in attendance at Woody’s and Voyeur.

“Our understanding from the police is that the person who made the threat is no longer in Pennsylvania,” Cohen said. The suspect “wasn’t from Philadelphia and has returned to his home in Colorado. Whether or not the PPD will choose to prosecute that person or take any further criminal action is up to them.”

A PPD spokesperson told PGN via email that “the matter is still currently being investigated.”

Patrons of both establishments shared the text message on social media and posted responses online, saying they were fearful of returning to the nightclubs due to the threat.

One commenter said he “received texts from multiple friends spreading the word to stay away from Voyeur and Woody’s. I [was] happy with the swift action and amped-up security from both venues.”

He added that the suspect “should have legal action brought upon him because any invoked fear towards the Philadelphia LGBTQ community should be handled as a hate crime.”

Shakur Andre, a former Woody’s customer, told PGN he “doesn’t go to the Gayborhood much anymore because threats and attacks against the community have been at an all-time high.” He said he doesn’t “feel safe, especially as a queer person of color.”

The threat follows a series of controversies surrounding the Gayborhood, specifically pertaining to claims of racist policies, such as a dress code and certain hiring procedures. In 2016, Woody’s came under fire for claims of “covert racism” after a bouncer denied a patron entry into the bar because he was wearing sweatpants and sneakers, or what some were calling “hip-hop attire.”

Weeks later, a video surfaced of Darryl DePiano, owner of iCandy — which is now the new location for Tabu Lounge and Sports Bar — using the N-word to describe customers of color. Local activist groups such as Black Lives Matter Philly and the Black and Brown Workers Cooperative staged protests and called for a boycott of the two establishments.

DePiano told PGN in 2016 after the video surfaced that the “video was a frustrated period, nevertheless, it is not excusable. I made a dumb mistake. I take responsibility. I’ve grown since then and I will continue to grow.”

The same year, Philadelphia Commission on Human Relations held a hearing where more than 350 community members convened to discuss racism and discrimination in the Gayborhood. As a result of the town-hall meeting, owners and staff of 11 gay bars and clubs were required to partake in antiracism training sessions conducted by the PCHR. Participants were trained on Philadelphia’s Fair Practices Ordinance along with implicit-bias training, which prompts individuals to recognize their own underlying racist or sexist attitudes.

Reports of racism in the Gayborhood date back to 1986 following the publication of a report called “Racial Discrimination in Lesbian and Gay Bars in Philadelphia: A Report on Admission and Employment Policies and Practices.” It was created by the Coalition on Lesbian-Gay Bar Policies, which was an assembly of local LGBTQ social-justice organizations. The coalition was formed in 1984 after several community patrons conducted a two-year long study observing the racially segregated practices of popular bars in the Gayborhood.

Those old tensions seem as relevant as ever, said Mercades Lee, a North Philadelphia resident who has frequented both bars in the past.

“The Gayborhood isn’t welcoming to people of color and history proves that.”