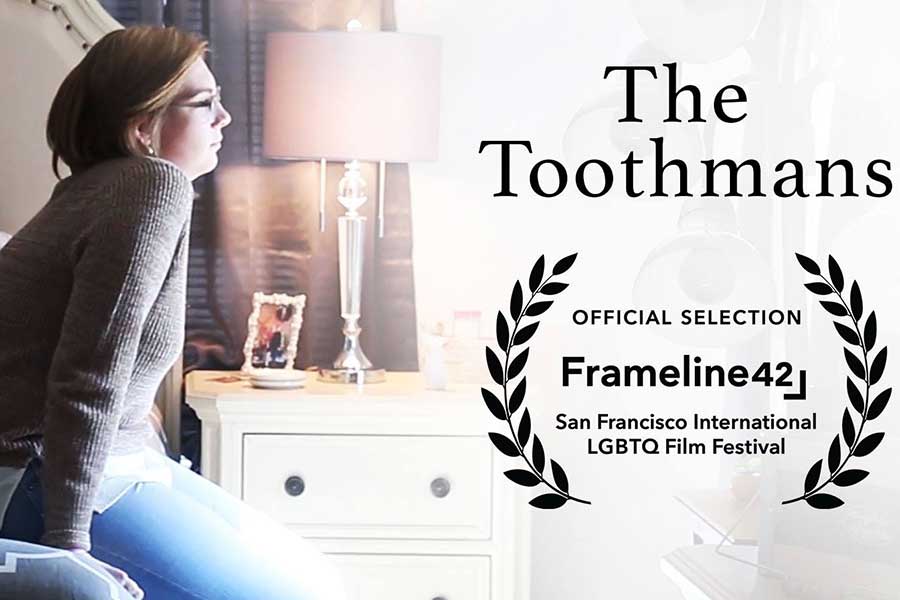 At 20 years old, queer filmmaker and activist Hansen Bursic will be one of the youngest directors in attendance this weekend when his award-winning documentary “The Toothmans” screens at the nation’s oldest and largest LGBT festival, held annually in San Francisco.

A documentary short with an eight-minute runtime, “The Toothmans” chronicles the coming out of Cooper Toothman, a trans girl living in rural Pennsylvania, and the pushback she faces from her school’s administration.

Bursic said it was the absence of stories like Cooper’s that compelled him to tell it.

“A lot of times when you think of LGBTQ stories, you usually think of people in the cities and that’s the story you get,” he said. “Whenever you have the chance to break that down and show that these people are everywhere, that’s pretty awesome.”

Bursic began filming “The Toothmans” in early 2017 as a freshman at Temple University. The project developed from his volunteer work for Pennsylvania Youth Congress, the state’s first advocacy organization for LGBT youth.

As lead media coordinator for PYC, Bursic took on the production of a series of videos focusing on rural families with a trans child. At the start of what would be his second documentary, Bursic remembers having little to no expectations of how the film would be received.

“I wasn’t expecting it to become a successful product, let alone something I would put my heart and soul into. At that point in my career, I didn’t have a lot of confidence in my work. ”

His encounter with the Toothmans changed all of that.

“The Toothmans” centers on a social issue, recently politicized: the right of trans people to use the bathroom of their choice. In the film, Cooper’s school administrators fight against her right to use the girl’s restroom.

Bursic said the newsworthiness of the conflict renders the film relevant, but it’s Cooper’s connections with her family that give the story a universal draw.

“You look at him and listen to how he talks and he seems like he would stand for being anti-LGBT or anti-trans. He comes off that way at first,” said Bursic. “But, by the end of the documentary, he’s saying, ‘Listen, this is my daughter, and I will support her no matter what and that’s the way it should be.’”

Bursic, who already premiered “The Toothmans” in multiple regional film festivals and won awards at several, including the Lancaster International Short Film Festival and Pittsburgh Underground Film Festival, said he hopes his first stint out of state for the Frameline42 festival builds more of the same audience connections.

“After each screening I’ve gone to in the cities, people usually approach me afterwards and say, ‘This is my experience; this is like me. Thank you for doing a story on this, because this was my life.”

Bursic will share his trip to San Francisco for Frameline42 with the stars of the film: Jim, Deb and Cooper Toothman.

For information about the screening of “The Toothmans,” email [email protected]