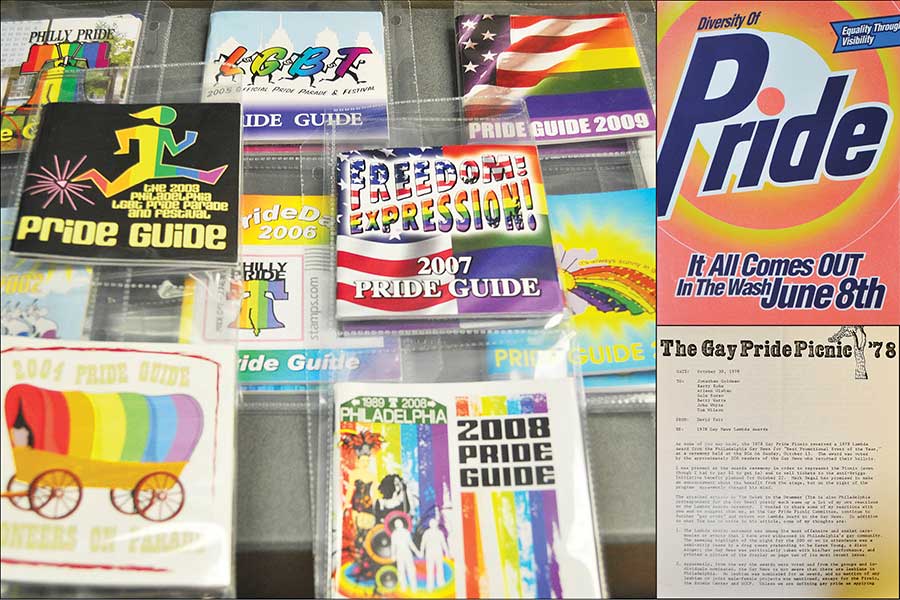 Back in 1970 -71, Philadelphia activists were much too involved with the first Christopher Street Liberation Day Parades in New York that commemorated the 1969 Stonewall Riots to produce their own local parade.

In 1972, however, several Philadelphia political-activist organizations including the Gay Activists Alliance, the Homophile Action League, Radicalesbians and groups from Penn State and Temple University came together to produce their own event. Philadelphia’s first Gay Pride Parade assembled at Rittenhouse Square on June 11, 1972, with rousing speeches by community leaders Barbara Gittings and Jerry Curtis. Participants marched east up Chestnut Street and spilled into an open-air dance and celebration at Independence Park. In 1973, the parade began with a rally in Rittenhouse Square, then headed down Chestnut Street, wound around City Hall, headed up the Parkway and ended with a fair at Eakins Oval in front of the Art Museum.

For the next few years, the city’s Pride parades assembled each June at Rittenhouse Square and marched to Independence Park, until the last one in 1976. By 1978, what would be the last Pride event of the decade only included a picnic at the Belmont Plateau.

For most of the 1980s, Philadelphia’s LGBT community celebrated each year with programs, talks and community events, but no parades.

The Philadelphia Lesbian and Gay Pride parade was revived June 18 1989 to honor the twentieth anniversary of Stonewall. Organized by the Lesbian and Gay Task Force, the crowd of about 1,000 began at 10th and Spruce Streets and proceeded west to end in a rally at JFK Plaza. City Councilmen Francis W. Rafferty and W. Thatcher Longstreth expressed disapproval, wondering what those “fairies” had to be proud of. PLGTF Director Rita Adessa took the podium to exclaim, “Only we can affirm our beings. We are here to show them what we have to be proud of. And it’s us.”

Later that year, encouraged by the success of the event, community members formed Lesbian and Gay Pride of the Delaware Valley. In 1990, they’d produce the first Outfest in the Gayborhood to celebrate National Coming Out Day.

Through most of the ’90s, the parade marched all the way from Rittenhouse Square to Penn’s Landing. By 1999, the parade route was shortened, beginning at 13th and Locust in the heart of the Gayborhood and ending at Penn’s Landing, the route it still takes.

Lesbian and Gay Pride of the Delaware Valley continues today as Philly Pride Presents, led by amazing executive director Franny Price. Each year Philadelphia’s Pride event attracts more than 25,000 people from all over the region.

Bob Skiba is the curator of the John J. Wilcox Jr. Archives at the William Way LGBT Community Center.