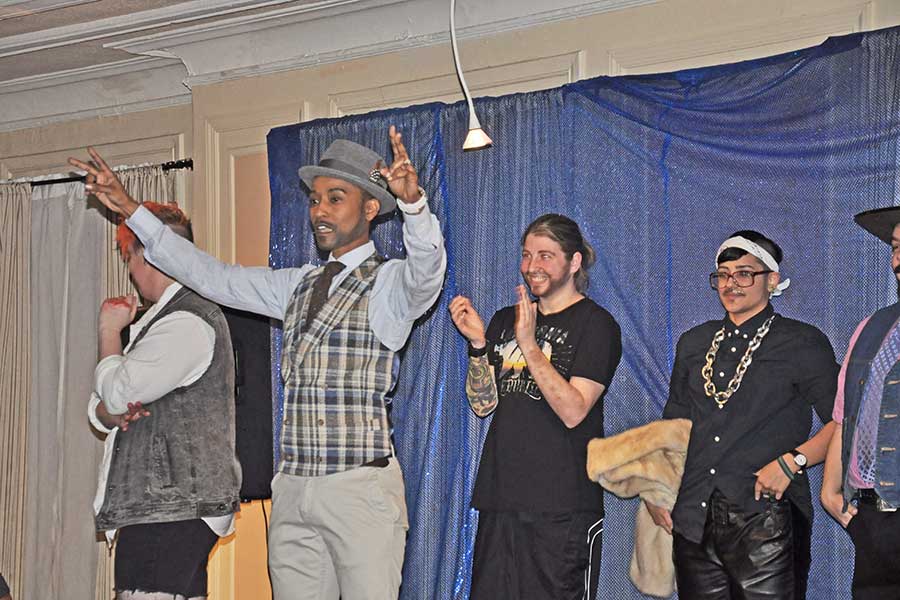 The Philadelphia Drag King Contest will celebrate its 20th anniversary at this year’s competition, at William Way LGBT Community Center.

Founded, hosted and organized by the Philadelphia Dyke March, the contest serves as the march’s primary fundraiser.

PDK provides a venue for any woman to express her masculinity in the manner she wishes, said Kimberly Bonner, one of PDK’s organizers. The event “supports drag-king performers and promotes the drag-king community.”

The organizers take drag neophytes under their wings, instructing them in the basics of makeup and costume design.

“We teach them how to develop their drag persona, as well as the essentials of performance,” Bonner said.

PDK’s format will be familiar to those who have been through drag-queen and leatherman contests and performances. The call for contestants goes out months in advance. While there are no residency requirements in the PDK rules, prospective candidates agree that the winner is expected to fulfill certain duties locally in the course of a year-long reign as Mr. Philadelphia Drag King.

The competition itself is split into several sections, necessitating multiple costume changes. A performance section includes a fantasy sequence in which contestants stage a scenario to best illustrate their drag personas.

“There are no rules or limitations in the fantasy sequence. Anything can happen. The only limit is their imagination,” said Bonner.

The winner is chosen following a Q&A segment. Both PDK judges and the audience have a voice in picking the winner.

As is traditional for such affairs, last year’s winner, Molasses Jones, will be on hand to crown the successor.

Bonner, herself a past winner whose drag person is called Mo’Better, said the PDK contests “help women explore the question of what is masculinity? What does it mean to be a man?”

For some in attendance, said Bonner, the experience is pure performance art; for others, it provides an articulation of the trans experience.

“We always enjoy a packed house.”

Mr. Philly Drag King 2018 will be held 8 p.m.May 19 at in the Mark Segal Ballroom of the William Way Community Center, 1315 Spruce St. For advance tickets, visit eventbrite.com. The event frequently sells out, so tickets at the door are not guaranteed.