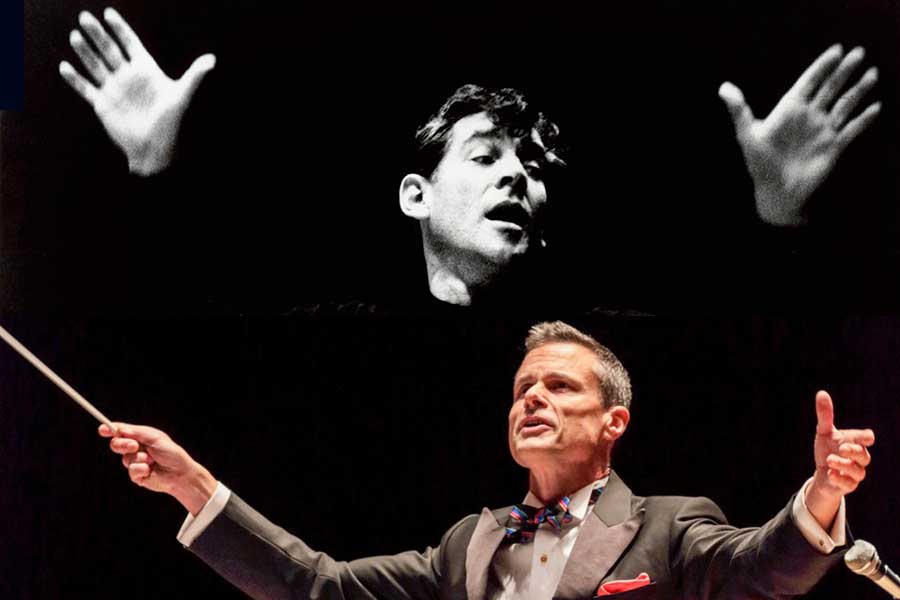 Philadelphia will take part in a citywide and nationwide tribute to legendary out composer Leonard Bernstein, to mark what would have been his 100th birthday, with a concert by the Philly POPS Feb. 2-4 at the Kimmel Center.

David Charles Abell, a Philly native, will lead the show as the newly appointed POPS principal guest conductor. He said the Philadelphia show celebrating the composer will be unlike any other tribute performance across the country.

“It will be unique in Philadelphia,” he said. “No one is doing a show like we’re doing. We are concentrating on Bernstein’s Broadway songs mostly. So that of course includes ‘West Side Story’ and also ‘On the Town,’ ‘Wonderful Town,’ ‘Candide,’ ‘1600 Pennsylvania Avenue’ and ‘MASS,’ which is not really a Broadway show but a theatrical event. Our focus will be on the theater music.”

Abell said these performances have an added significance to him because he worked with Bernstein, who helped guide his career.

“It makes it extremely meaningful for me because I knew him and he was a huge influence on my life,” he said. “It’s probably because of him that I became a musician. I met him first when I was 13 and singing in the boys’ choir for ‘MASS’ at the opening of the Kennedy Center in 1971. I was just in awe of him and of that piece, which pulled in so many different musical elements, including jazz and rock and classical music, and told an extraordinary story. It was a very audacious thing to do, to make a theater piece in the form of a mass, particularly by a Jewish composer. So that was one of my early musical experiences.

“I was lucky enough to meet him again 10 years later,” Abell added. “I was working with a conductor at Yale and he was working with Bernstein. We, together, did the 10th-anniversary production of ‘MASS.’ The following year Bernstein asked me to conduct ‘MASS’ in Berlin, which turned out to be my professional conducting debut. Basically everybody wanted to be Bernstein. If you were an American conductor, you wanted to be Leonard Bernstein. He was larger than life, a brilliant musician, an amazing intellect, a great open heart and just the ultimate.”

Abell noted that one doesn’t have to be steeped in the history of Bernstein or even theater to appreciate this tribute concert.

“There’s a lot of comedy in the concert,” he said. “Bernstein had a real-madcap sense of humor. So no one needs to be scared or intimidated by the idea of coming to the Leonard Bernstein concert. You’re definitely going to be entertained. He wanted to entertain people. Unlike some classical composers at the time, he cared about the audience. He wanted them to laugh and he wanted to move them.”

Abell said he hopes this series of tribute performances will show audiences just how much of an impact Bernstein had on Broadway, and how he changed and challenged perceptions of what theater can accomplish.

“When I was growing up, he was there. He was alive,” Abell said. “He died 28 years ago, so it’s been a while, but it’s hard for me to imagine growing up in a world without him. He revolutionized Broadway by bringing elements of classical music. He knew all the great composers’ music very well. He was influenced by them. He wanted to bring to Broadway a complexity and an edginess. Bernstein brought in elements of classical music that were advanced but he felt that the Broadway audience could appreciate it, and he was right.”