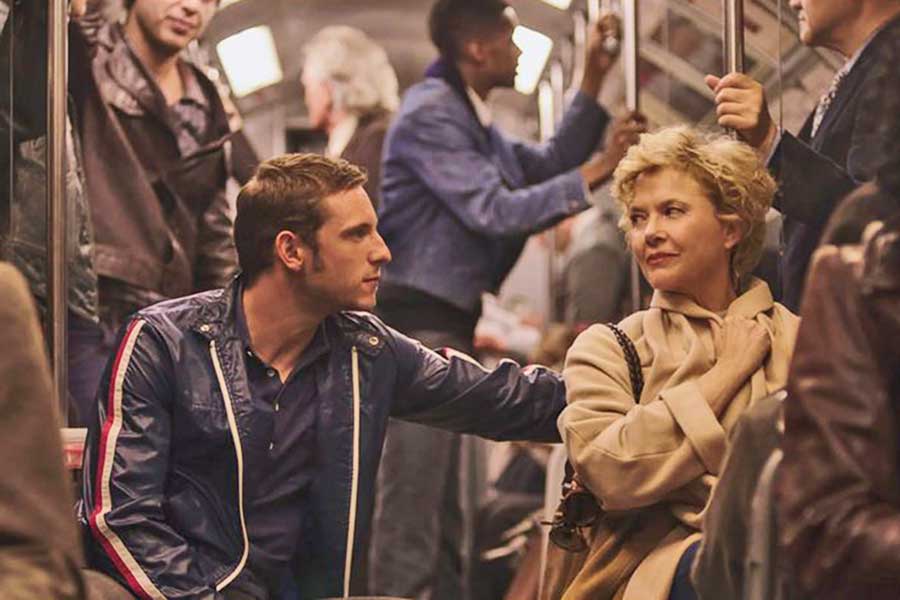 The poignant romantic drama “Film Stars Don’t Die in Liverpool,” based on bisexual actor/author Peter Turner’s memoir, recounts his brief but intense relationship with actress Gloria Grahame in Liverpool in 1979 and 1981.

The film, which opens at the Landmark Ritz at the Bourse Jan. 26, has Grahame (Annette Bening) calling Peter (Jamie Bell) and asking if she can stay with him after she doubles over in pain in her dressing room at a nearby theater.

“It’s just gas,” she tells him, in a lie they both want to believe.

Director Paul McGuigan soon flashes back to 1979, when the two first meet as neighbors in a British boarding house. These early episodes depicting their passionate romance are charming. Grahame invites Peter to her room for some disco dancing (an infectious moment) and winks at him seductively and irresistibly. They become friendly, and he accompanies her to see “Alien.” In the pub after the film, a bartender informs the naïve Peter that Grahame won an Oscar (for “The Bad and the Beautiful” in 1953). The pair soon becomes more intimately acquainted.

It’s clear that the 55-year-old Grahame sees the handsome, 28-year-old Peter as a boy toy to keep her company and make her feel young. And it is easy to see why the insecure Peter would be enamored with this glorious actress who pays attention to him. Their closed-circuit relationship, along with strong lead performances, is what makes “Film Stars Don’t Die in Liverpool” click.

Unlike the memoir, which is told from Peter’s perspective, the film alternates between Grahame’s story and Peter’s. This approach helps create sympathy for both characters, but it can diminish the power of the narrative rather than double it. This is because the actors and their characters are at times more interesting than some of the individual episodes that arise.

The film’s central drama consists mainly of Grahame’s failing health and Peter’s effort to comfort her. Scenes of Peter smoking a cigarette in the rain, or nearly forgetting a prop as he is about to go on stage for a performance one night, suggest how stressed he is by Grahame’s condition. But the gravity of the situation that develops never feels very urgent. McGuigan fails to generate much dramatic tension even toward the climax.

Other parts of the film also feel underwhelming, such as a subplot about Peter’s mother Bella (Julie Walters, Bell’s “Billy Elliott” co-star, looking especially frumpy) being afraid to take her first plane trip to Australia. This part of the story may be true, but it does not add any real depth to the central narrative. A scene in which Peter’s father (Kenneth Cranham) takes his son out for a pint and confesses his love for Grahame from watching her films, or Bella talking with Grahame about mothers needing their sons, are better at underscoring the affections Peter has for the actress.

“Film Stars Don’t Die in Liverpool” also captures the claustrophobic nature of the couple’s relationship. Grahame is a larger-than-life actress confined to small spaces, like bedrooms, dressing rooms and hotel rooms. She’s briefly seen on the screen in one scene — where she and Peter catch one of her old movies — and on the stage, where Peter helps Grahame fulfill her dream to play Juliet. But the characters are mostly boxed into spaces that define Grahame as someone who used to be big but, alas, is no more. It’s a nice visual metaphor.

Bening is incandescent as Grahame. She deliberately does not mimic the actress. Instead, she finds Grahame’s humanity and vulnerability. Bening wisely dismisses — rather than judges — Grahame’s “bad” behavior. Vanity is the actress’ Achilles’ heel; her concerns about aging prompt her only real fights with Peter. She also makes a foolish decision about not treating her medical condition because it would ruin her looks.

Bell exudes both Peter’s shyness and his seriousness. He doesn’t judge Grahame either; he only tries to please her. His biggest fear arises when they are at her trailer on the beach in California. Peter pauses and confesses his bisexuality to Grahame, obviously concerned that she might reject him. However, she responds in a way that not only accepts his sexuality, but she has been with women too. The moment is brief, but not insignificant. It allows Peter to invest fully in Grahame, and explains why he is there for her when she needs him most.

If viewers buy into the lovers’ May-December relationship, “Film Stars Don’t Die in Liverpool” is an affecting romantic drama. Cynics, however, should steer clear. 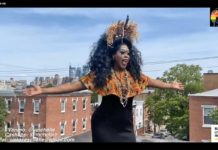 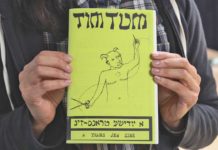 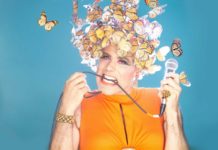