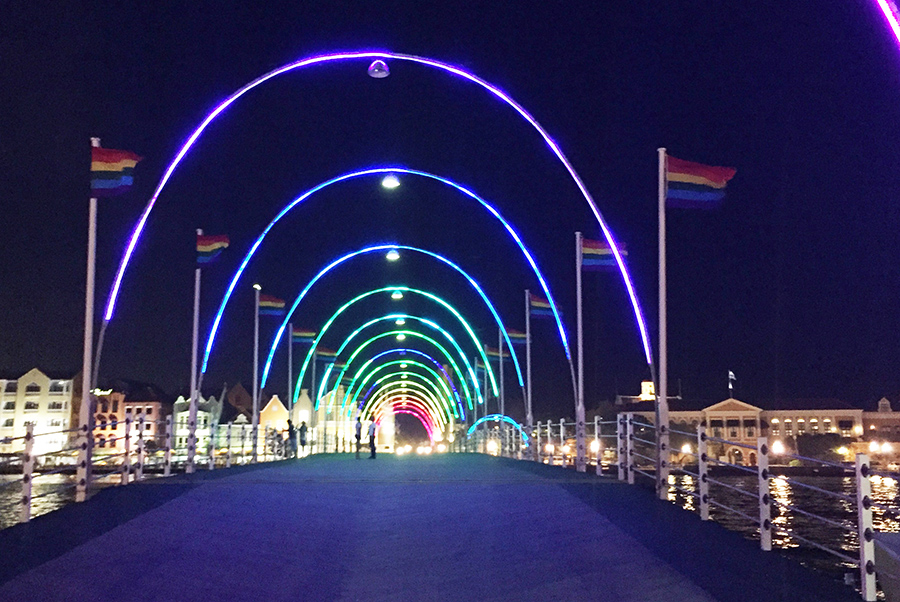 Looking for some sun and winter warmth? The Caribbean is an obvious getaway but difficult to navigate if you are looking for an LGBT-friendly destination.

Complicating travel matters is the misconception among travelers on which islands were heaviest hit in last year’s hurricanes.

Curaçao is a small Caribbean island nestled between Aruba and Bonair, and 35 miles off the coast of Venezuela, where summer is year-round. Sounds good right about now, huh?

Curaçao is arguably the most LGBT-friendly and progressive island in the Caribbean. The island’s attitude is “live and let live.” With its earliest history as part of the Dutch kingdom since 1634, much of the Dutch influence and way of life can be found here. The year-round population is just 150,000 people (about the size of Center City’s residential population).

The island is known for the majestic, beautiful azure-blue waterways and white sand beaches. The island capital of Willemstad is a UNESCO World Heritage city. The St. Anna Bay divides the city in two and is linked by a moving bridge that floats on pylons. It is an amazing feat of engineering to see this walking bridge move so elegantly over the water to allow passing cruise ships and other boats go by.

This is a historic city. Notably, the island played a role in the slave trade. All around the country, you will find monuments to Tula, a local slave who led the revolt and the remnants of former plantations. You will also find the oldest synagogue in the Western Hemisphere here and of course, the natural beauty of the island and its architecture.

Stay at the Floris Suite Hotel & Spa, a luxury resort that caters to the LGBT community. Rooms are oversized and the staff is super-knowledgeable for the LGBT traveler. The grounds are lush and feature a terrific on-site restaurant and bar.

Across the street from the hotel is the Floris Beach Club that offers a secluded beach area, bar and restaurant. It is stunning. Nearby are other larger, internationally branded hotels that offer other amenities, including a casino. The Floris Suite Hotel & Spa hosts daily happy hours popular with LGBT locals and visitors. Every Friday, there is a Dos Hora Loca, an extended happy hour that is most popular with the locals. After happy hour at Floris, visitors go to the Gallery-Lounge, or the G-Lounge, in the center of the city. This hip and small bar is relaxed and friendly.

The best time to visit is during Curaçao Pride, held usually in late September. It is a transformative experience to march and party with the LGBT community from all over the Caribbean. Drawing hundreds to thousands of visitors and locals, the weekend of events includes a Pride Walk followed by an opening concert in the center of town. The rest of the weekend includes themed parties such as a sea parade, a White Party and a beach party. Be sure to book your hotel stay at the Floris to be in the center of the action.

This is an island, so in addition to relaxing at one of the great beach clubs around the island, you will find lots to do on and under the water. Check out pinkcuracao.com for a guide to local businesses big and small that are LGBT-welcoming.

While there are no non-stop flights from Philly to Curaçao, it is easy to get around once you are there. The island essentially is one major road that goes around the entire island. You won’t find a major time difference. English is widely spoken. In fact, English is one of four official languages, which also include Papiamentu, Dutch and Spanish. Internet and banking are plentiful.

Jeff Guaracino is the author of “The Handbook of LGBT Tourism and Hospitality: A Guide for Business Practice.”