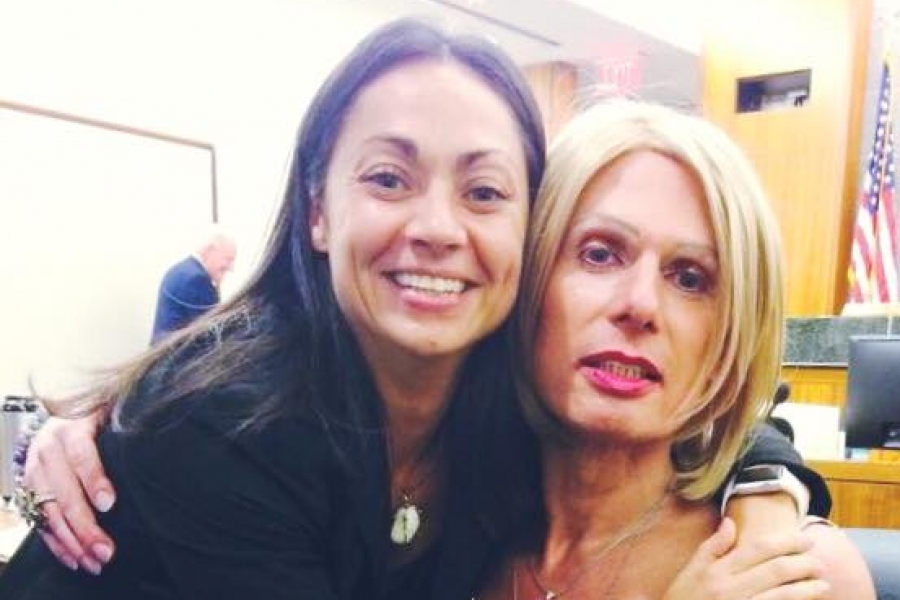 Angela Giampolo credits two people with her becoming a lawyer: her fourth-grade detention monitor, who joked that she should pursue law because she was always “fighting other people’s fights,” and Joanne Epps, executive vice president and provost at Temple University, and former dean of the university’s law school.

Giampolo said Epps was among those who encouraged her to stay in law school despite some initial fears.

That’s part of what made her Business Leadership in Diversity Award, presented last weekend, so meaningful. Epps won the award last year, and Union Package CEO Michael Pearson was the inaugural honoree.

“To come full circle 10 years later and be a recipient of an award she just won last year is just amazing,” Giampolo, 37, said. “Mike Pearson is also a friend, and I admire and respect all that he does, not just in business but in diversity in business; he puts his money where his mouth is. So with the two of them together, it’s absolutely mind-blowing to be in their ranks.”

The award is presented by law firm Fisher Phillips and given during Pennsylvania Society Weekend, an annual multi-day retreat in New York City for politicians and business leaders. Giampolo attended a number of diversity events throughout the weekend, which she said have been relatively new developments.

“The Pennsylvania Society has been happening since 1899 but this is just the third year that any type of diversity award has been in existence, and now there are other groups, besides Fisher Phillips, doing it as well,” she noted.

The firm’s diversity committee and the past recipients select the honoree.

Giampolo, a legal columnist for PGN, has operated Giampolo Law Group, with locations in the Gayborhood and New Jersey, since 2008.

In her Dec. 2 acceptance speech, she joked about the ironic nature of being selected for the Business Leadership in Diversity Award, since she’s in such an LGBT-centric environment.

“I’m probably the least diverse person in business alive: I’m a gay lawyer who works with LGBT attorneys to help LGBT people primarily on LGBT issues. My landlord is gay, my maintenance person is gay, my notary is gay — who also happens to be my fiancée. Probably the biggest ‘diverse’ thing I’ve done in 10 years is hire a straight legal assistant, who came to me from his gay drag-queen brother, so I don’t know if that counts,” she laughed. “I live in a bubble, and I love it. But I’ve really made a concerted effort to be an LGBT voice in more mainstream mediums, which has helped promote diversity in a very important way.”

In addition to writing for PGN, Giampolo also writes about LGBT topics for Philadelphia Business Journal and the Legal Intelligencer and hosts an LGBT-focused radio show on Q102.

Apart from the award itself, the honoree is given the opportunity to give out a scholarship in her name, supported by personal donations from Fisher Phillips partners. Giampolo said the amount has not yet been set, but she intends to distribute the scholarship through group Lesbians Who Tech.