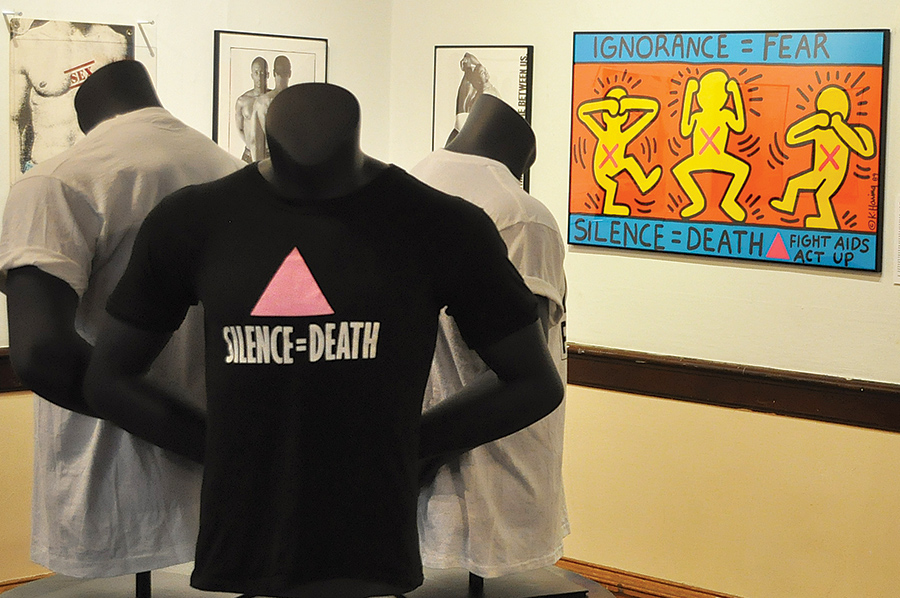 The current lobby exhibit at William Way LGBT Community Center reminds us where we came from, who was there, whom we lost and how long the fight against HIV/AIDS has been going on.

In conjunction with the 30th anniversary of the AIDS Library, and featuring items in the AIDS Library Graphics Collection that are under the care of the William Way archives, the exhibit opened with nearly 300 members of the community, library organizers and volunteers Nov. 17.

The exhibit shows the breadth and depth of the fight against HIV/AIDS in our city: from ACT UP Philly’s bloody handprint to Gov. Tom Ridge and AIDS Fund and its Gay BINGO to promos for Bebashi, COLOURS, Philadelphia FIGHT, GALAEI, the Philly AIDS Coalition and Unity Inc. (to name a few) to POZ magazine and a “Philadelphia” movie poster. Some of the organizations that fought to educate and promote safe sex are gone, just like the many of the men of my generation.

Not only are we treated to the art, creativity and passion of our elders through this exhibit, we are also soberly reminded that contracting AIDS was, for years, a death sentence. If you have the years behind you to recall the crisis of the early 1980s and well into the ’90s, many of the visuals may bring back almost-forgotten emotions and memories of lives that were taken too early. If you’re in the more-recent generation, you will find a lot of early information, terminology and history.

The exhibit will be up through the end of 2017. Take the time to explore, read, learn, remember, dream, cry and hope this month. Those who have pioneered deserve our respect and our appreciation.